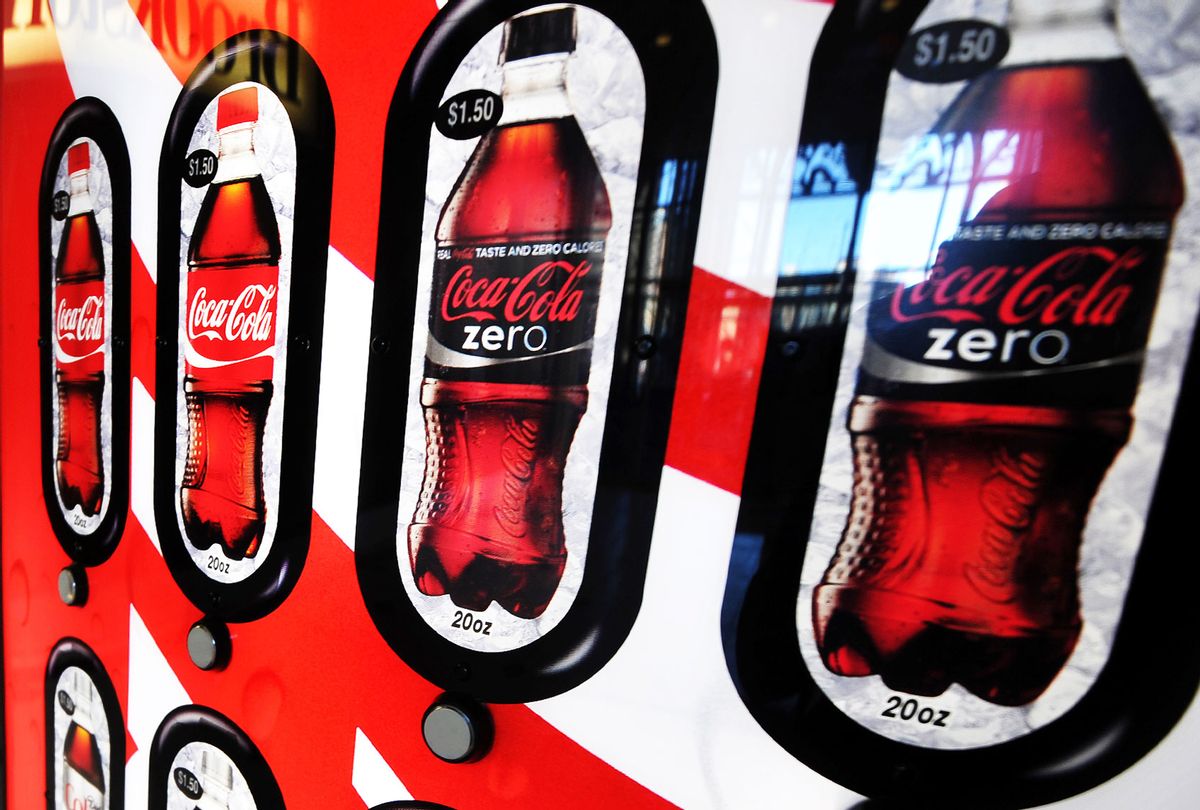 A North Carolina county approved a measure banning the use of any and all Coca-Cola machines in office buildings following the soda company's sharp rebuke of Georgia's anti-voting law passed back in March.

"The left wing in America, they defund, they boycott, they cancel, they tear down statues – all sorts of egregious actions," Eddie Harris, the longest-serving commissioner of Surry County, told WXII in an interview. "The expectation from them is the opposing political side will cower in the corner and we're supposed to accept that and it's supposed to be ok. And it's not ok."

"Our Board felt that was the best way to take a stand and express our disappointment in Coca-Cola's actions, which are not representative of most views of our citizens," Harris wrote to the CEO. "Our Board hopes that other organizations across the country are taking similar stances against Coca-Cola and sincerely wishes that future marketing efforts and comments emanating from your company are more considerate of all your customers' viewpoints."

He continued: "Michael Jordan once said 'Republicans buy sneakers too' when asked why he didn't make public comments about politics. Citizens of Surry County and across America are growing increasingly tired of large multinational corporations and their CEOs pushing an increasingly intolerant, bigoted, left-wing, divisive political agenda on its customers."

So, Harris concluded, "we are trying to cancel Coca-Cola."

Coca-Cola's Quincy, who personally condemned the Georgia bill months ago, rebutted Harris' remarks. "Let me be crystal clear and unequivocal, this legislation is unacceptable, it is a step backward and it does not promote principles we have stood for in Georgia, around broad access to voting, around voter convenience, about ensuring election integrity, and this is frankly just a step backwards."

While the county is populated by approximately 73,000 residents, it's not entirely clear how many vending machines are scattered throughout the area. The vending machines also have yet to be officially removed from any office buildings, according to WXII.

Coca-Cola Consolidated, the largest independent bottler of Coca-Cola in the U.S., said that the company has reached out to county officials to arrange a meeting.

The county ban is part of a broader wave of conservative backlash against companies and individuals who signaled any opposition to Georgia's anti-voting bill.

At the time of the bill's passage, progressives demurred the measure as an egregious attempt to stifle the voting power of racial minorities, calling on companies to divest from and boycott the state of Georgia. When Major League Baseball promptly announced that it would be pulling its 2021 All-Star game from Atlanta, conservative politicians and pundits widely accused Corporate America of adopting a "woke" agenda despite having donated heavily to state and federal Republicans in the last election cycle.