Everything is part of the culture wars now 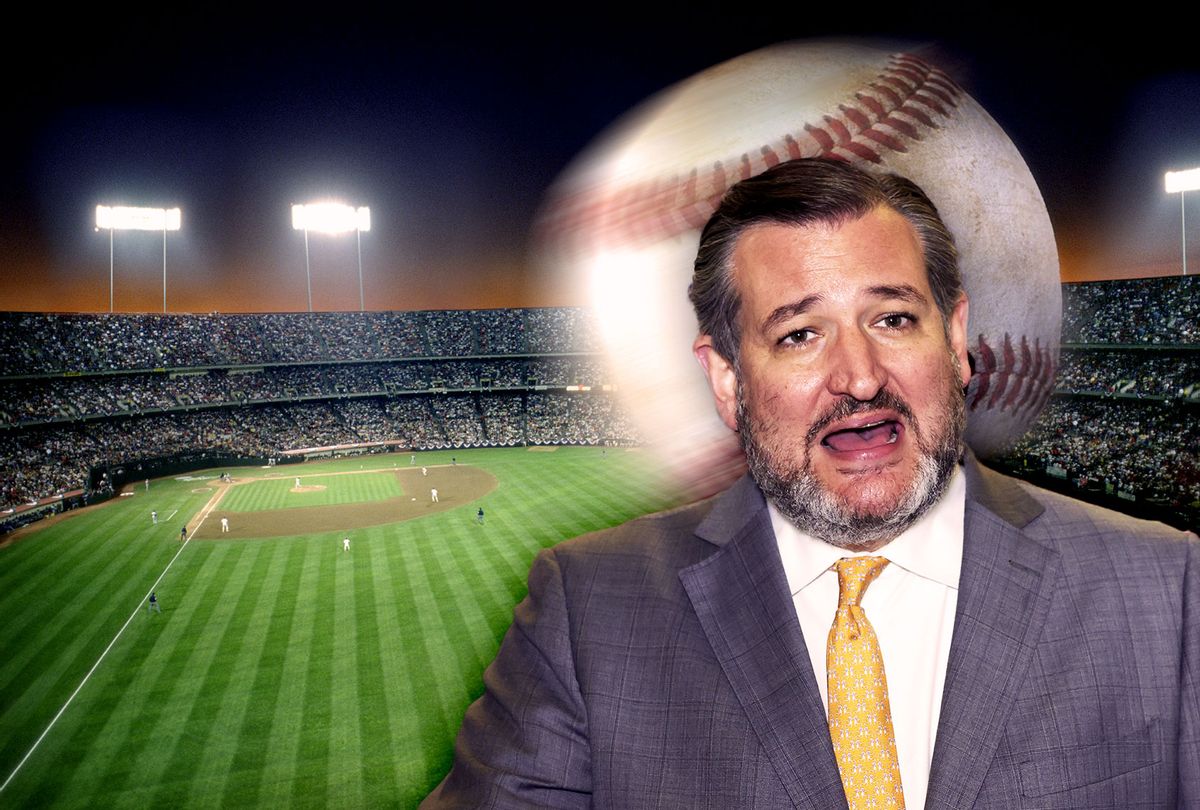 Republicans are in a tizzy over Major League Baseball's decision to pull the 2021 All-Star game from Atlanta in protest of Georgia's new GOP-backed voting crackdown law –– a bill widely seen by Democrats as a legislative maneuver designed to suppress the Black vote, in particular.

On Friday, Donald Trump urged his fans to "boycott" the MLB in response, claiming that the organization has genuflected to "the Radical Left Democrats." He also took aim at "woke" corporations that have been called upon by the left to take a stance against the restrictions. "Baseball is already losing tremendous numbers of fans," Trump wrote in a statement, "and now they leave Atlanta with their All-Star Game because they are afraid of the Radical Left Democrats who do not want voter I.D., which is desperately needed, to have anything to do with our elections."

Georgia Gov. Brian Kemp, the Republican who signed the bill into law, also joined the chorus of outrage, calling out "cancel culture" –– a phenomenon which Republicans have in the past month have framed as a clear sign of the U.S. losing its way.

"Georgians - and all Americans - should fully understand what the MLB's knee-jerk decision means: cancel culture and woke political activists are coming for every aspect of your life, sports included. If the left doesn't agree with you, facts and the truth do not matter," Kemp said in a statement. "This attack on our state is the direct result of repeated lies from Joe Biden and Stacey Abrams about a bill that expands access to the ballot box and ensures the integrity of our elections. I will not back down."

"The organization has completely caved to the lies of the Left and America's pastime has now become a political tool for the liberal mob," he said in a statement. "Let's be clear - Georgia will be losing potentially hundreds of millions of dollars because Democrats, including the President of the United States, have been spreading lies about Georgia's Election Integrity Act," Carter argued.

Other Republicans pointed out the supposed hypocrisy of the MLB pulling its game from Atlanta while entering a new business arrangement with China, which granted the country the rights to continue streaming its games until 2023. "Dear GOP," tweeted Sen. Marco Rubio, R-Fla. "@MLB caves to pressure & moves draft & #AllStarGame out of Georgia on the same week they announce a deal with a company backed by the genocidal Communist Party of #China Why are we still listening to these woke corporate hypocrites on taxes, regulations & anti-trust?"

Democrats have for the most part unilaterally rebuked the GOP-backed bill voting bill, which Georgia voting right activist Stacey Abrams demurred as "Jim Crow in the 21st century." The bill, she argued, will disenfranchise thousands of black voters, a bloc which in large part helped President Biden get elected.

According to The Washington Post, roughly 200 businesses have signaled opposition to the GOP-backed bill. Such businesses include American Airlines, AT&T, Coca-Cola, Delta, Home Depot, and more. Eight Republicans state House representatives in Georgia have since announced their plans to remove Coca-Cola products from their offices.

MLB Commissioner Rob Manfred said that the MLB's decision was driven by various conversations with players and as well as management. "Over the last week, we have engaged in thoughtful conversations with Clubs, former and current players, the Players Association, and The Players Alliance, among others, to listen to their views," said Manfred in a statement. "I have decided that the best way to demonstrate our values as a sport is by relocating this year's All-Star Game and MLB Draft."