"Do Democrats have to bend the knee to the squad and everything on the far left?" 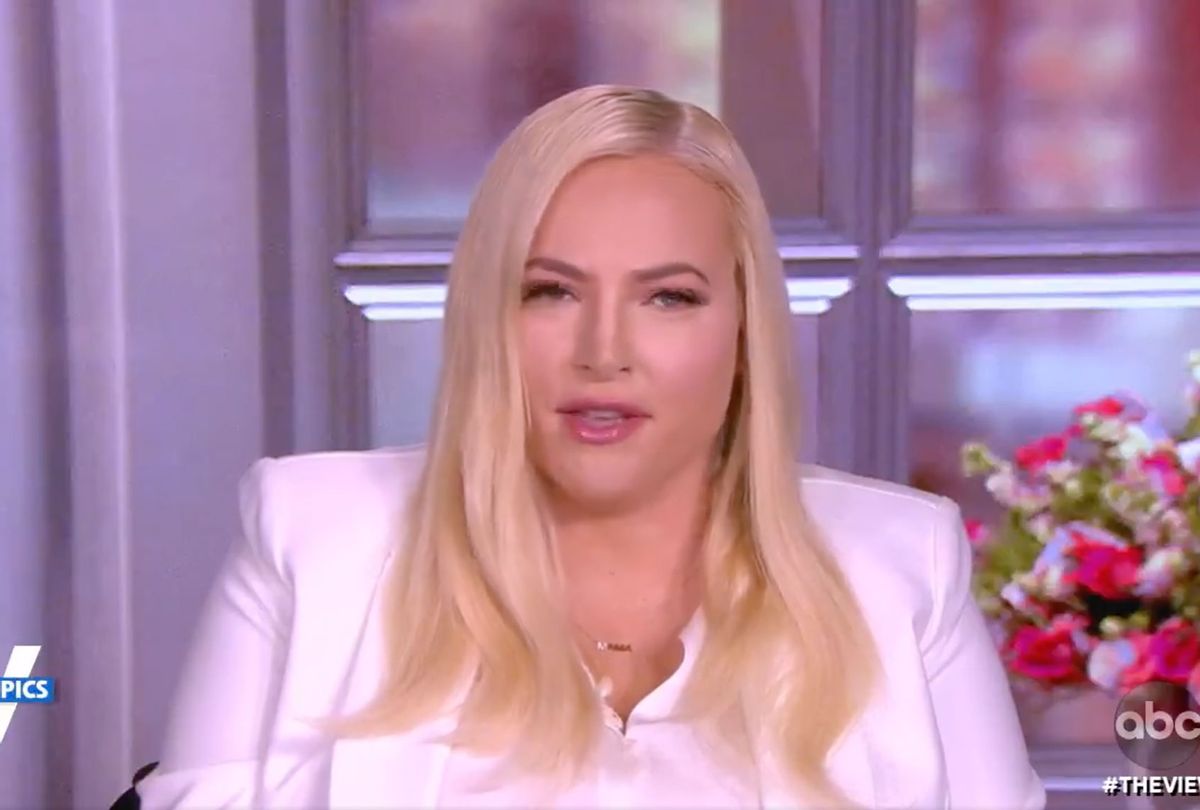 "I have a few thoughts. I could literally debate the filibuster for this entire show," McCain began Monday morning. "What's fascinating to me is that Democrats would seem to have rather have a Republican in the U.S. Senate in Joe Manchin's seat than have any moderates," she riffed. "In my home state of Arizona, Kyrsten Sinema is also someone who came out and said she wouldn't vote for the filibuster, either."

The conservative firebrand argued that Manchin's critics are akin to Trump.

"There's so many conversations about whether or not Republicans have had to bend the knee to Trump. Well, do Democrats have to bend the knee to the squad and everything on the far left?" McCain asked. "Because it looks like AOC [Rep. Alexandria Ocasio-Cortez] and the squad is dictating who is allowed in your party, as well."

WILL MANCHIN'S MOVES LEAD TO BIPARTISANSHIP? The co-hosts react to West Virginia Democrat Sen. Joe Manchin saying he'll vote with Republicans to kill the voting rights bill as well as save the filibuster. https://t.co/RzEhDSiGqo pic.twitter.com/hEKTXAKqII

McCain proceeded by claiming Democrats could learn a thing or two due to Manchin winning his seat in West Virginia as a moderate and, in her eyes, liberals not having the same skill to pull in moderate voters.

"Instead of taking the lessons of Joe Manchin, they would rather call him a heretic and call him a traitor," the co-host remarked. "If you're a Republican who votes against your party, you're a hero and a maverick."

In concluding the segment, McCain went onto state that if Americans truly desired to elect a progressive flamethrower as commander-in-chief, they would not have elected President Joe Biden, but instead, progressive Senator Elizabeth Warren. "But that's not what the Democratic coalition wants, and if they're going to continue down this path, where anyone who thinks differently of them is bloodletted out and seen as a heretic," McCain said, "you're going to have the same problem on your side that I'm having on mine."

On Sunday, Manchin, a moderate Democrat, penned an op-ed for the Charleston Gazette outlining that he would be voting in opposition to the "For The People Act."

"I believe that partisan voting legislation will destroy the already weakening binds of our democracy, and for that reason, I will vote against the For the People Act. Furthermore, I will not vote to weaken or eliminate the filibuster," Manchin wrote. The lawmaker additionally on Fox News Sunday declared that he would not be in support of filibuster reform.