The ongoing mystique of D.B. Cooper, from documentaries to the Marvel Cinematic Universe

There's no proof America's most notorious skyjacker WASN'T the Asgardian god of mischief ... 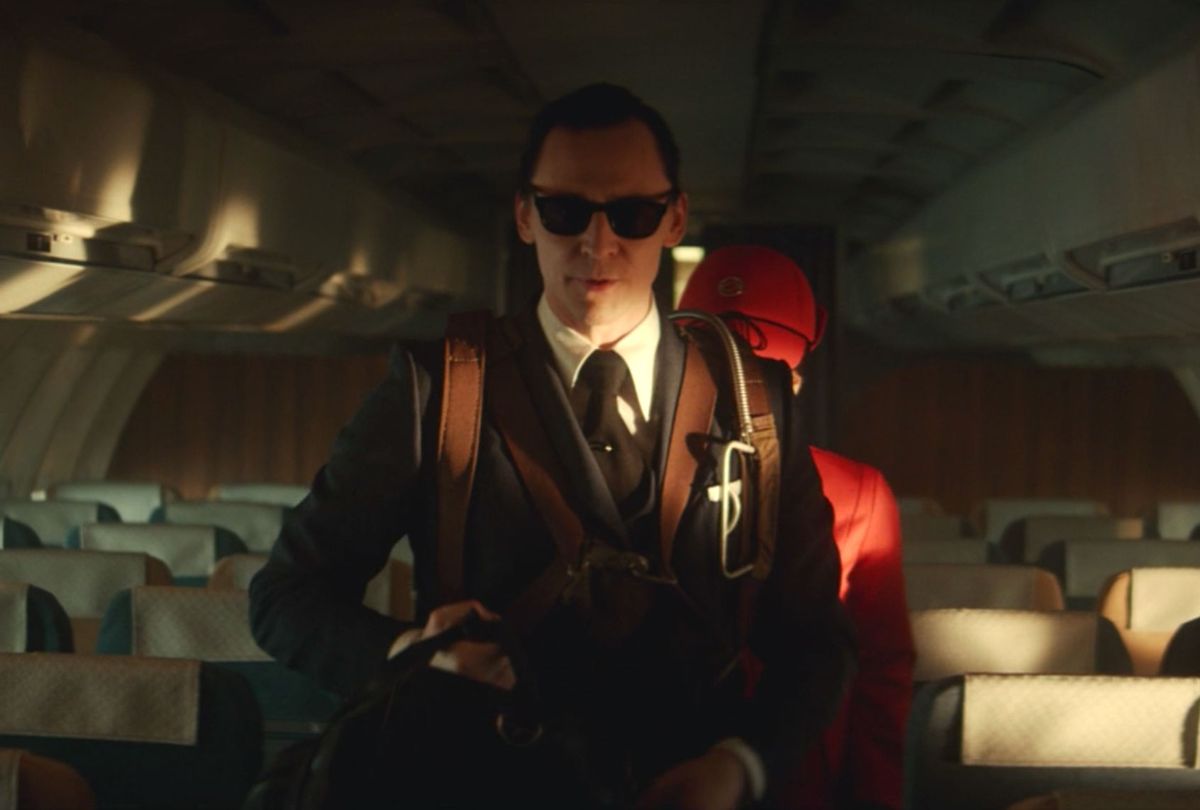 Marvel fans who caught the debut of new time-travel series "Loki"  were treated to one piece of revisionist history: the unmasking of the God of Mischief himself as none other than D.B. Cooper. That's right – our country's most notorious air pirate is now part of the MCU.

In the series premiere of the new Disney+ show, which follows the antics of the God of Mischief (Tom Hiddleston) after he escapes into an alternate timeline during the Avengers' messy "Endgame" time heist, Loki is shown a fun little highlight reel of his greatest hits in his life by Mobius (Owen Wilson), an agent for a mysterious and all-powerful entity called the Time Variance Authority (TVA). In this flashback, Loki revisits one of his pranks inspired by his brother Thor (Chris Hemsworth), which incidentally involves hijacking a plane for a massive ransom, parachuting out, and magically getting whisked back to Asgard via Bifrost.

"You Were D.B. Cooper!" Mobius exclaims in disbelief. Loki seems to shrug it off: "I was young and I lost a bet to Thor," he replies, very casually, before asking, "Where was the TVA when I was meddling with these affairs of men?"

Loki's little "prank" precisely mirrors the real-life mystery of a man dubbed D.B. Cooper, which the Disney+ series finally appears to "solve." And, while this probably isn't the case, there's no proof D.B. Cooper wasn't the Asgardian god.

According to the D.B. Cooper legend, on November 24, 1971, a man known by the pseudonym Dan Cooper, on a plane that was already mid-air from Seattle to Portland showed a flight attendant a note stating that he had a bomb. After the flight attendant, a woman named Florence Schaffner, checked his briefcase and confirmed the man did, in fact, have a bomb, she showed the note to the captain, William A. Scott. The note demanded four parachutes and $200,000 in ransom. He had reportedly demanded not one but four parachutes, to create the assumption that he might force one or more hostages to jump with him, and ensure that he wouldn't be deliberately given sabotaged equipment.

Scott landed the plane back in Seattle so that all passengers could get off, while just four members of the flight's crew, including the captain, and Cooper, stayed on board. Cooper ordered the pilot to fly the plane toward Mexico City, and a few hours later, somewhere between Seattle and Reno, Cooper used his given parachute and exited out the back of the plane with the $200,000 in tow. The pilot eventually landed the plane in Reno, without Cooper.

The FBI subsequently investigated the mysterious case, which they called NORJACK, from 1971 until the case was suspended just five years ago in 2016. Some believed Cooper had died, when in February, a child uncovered a package of $20 bills near Vancouver, Washington, which matched the serial numbers of the ransom money Cooper had been given. Yet, the remains of the man the media hereafter called D.B. Cooper were never found.

The FBI investigated more than 800 potential suspects by 1976, all of whom were ultimately dismissed. Further, the FBI "searched but couldn't find anyone who disappeared that weekend," which led some to believe whoever Cooper was, upon disembarking, he managed to quietly return to his day-to-day life. Others — namely the FBI — have been more skeptical.

"No experienced parachutist would have jumped in the pitch-black night, in the rain, with a 172 mph wind in his face wearing loafers and a trench coat. It was simply too risky. He also missed that his reserve parachute was only for training and had been sewn shut, something a skilled skydiver would have checked," Special Agent Larry Carr, leader of the investigative team on Cooper's case from 2006 until its dissolution in 2016, wrote in a report.

The ongoing appeal of D.B. Cooper

While of the show's younger viewers may not have recognized the sunglasses-wearing figure – leading to frantic Googling of "Who is D.B. Cooper?" – those familiar with the skyjacker can add "Loki" to the ongoing way that pop culture has tried to grapple with the unsolved mystery nearly half a century later.

Regardless of what happened to the real D.B. Cooper, his story has lived on in popular imagination. Even before "Loki," for years, Cooper has appeared in storylines of shows like "Prison Break," "Journeymen," "Renegade," "30 Rock," "Drunk History," and others. His story has been the subject of the 1981 film "The Pursuit of D.B. Cooper," and the 2020 documentary, "The Mystery of D.B. Cooper."

While the mystery of the man's identity is part of the story's enduring appeal, the symbolism of Cooper's heist made him an instant hero. He had pulled off a flawless crime that took guts, hurt no victims physically, took money from a large company during an economic recession – and he got away with it. In many ways, this is precisely the "little guy sticking it to the man" mentality that drives many popular heist films.

We may never know what really happened to D.B. Cooper, but the shapeshifting Loki's prank just adds to history's ongoing romance with the hijacker, a man who is a blank, allowing us to fantasize about and identify with the perfect crime.

New episodes of "Loki" release on Wednesdays on Disney+.