As Harry and Meghan's family grows, their safety only comes after rejecting an assimilation fantasy 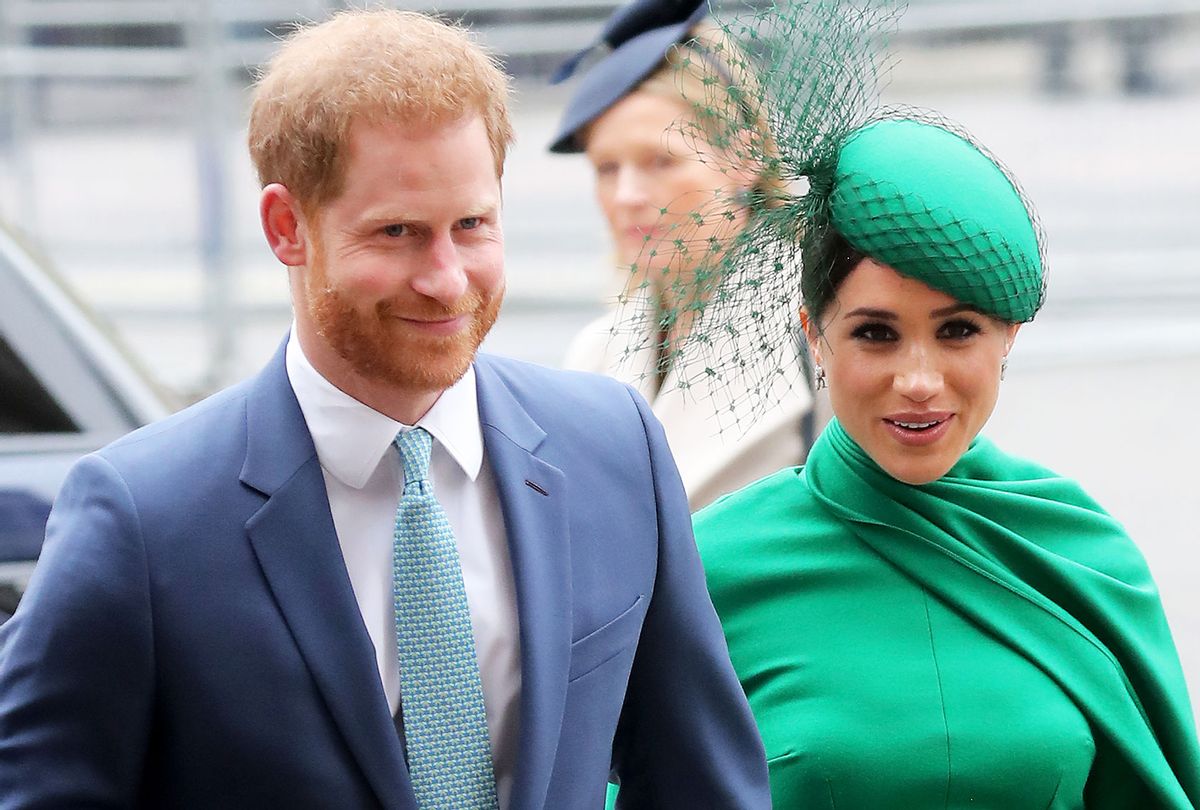 Unless you've been living under a rock since Sunday, you've probably heard Prince Harry and Meghan Markle have welcomed their second child, daughter Lilibet Diana. Members of the royal family have all released their celebratory statements, but, of course, this surface-level show of goodwill comes just months after Harry and Meghan's accusations of racism from the royal family, and day-to-day life in the monarchy, overall.

Among plenty of other wild and devastating revelations, the couple's intimate interview with Oprah Winfrey in March revealed that there had been concerns with how "dark" their first child, Archie, would be, since Markle is biracial. Harry even seemed to subtly hint that the concerns had come from his own father, Prince Charles, although this remains unconfirmed.

In the same interview, Markle revealed she had received almost no support when she sought help for her depression and suicidal thoughts from her horrible coverage by the British media. The couple presented their controversial exit from the royal family as nearly a matter of life and death for Markle, as racist media, rigid monarchical traditions, and lack of support nearly pushed her to the brink.

With the birth of Harry and Meghan's second child, and an outpouring of public support for their family, it's important to confront the uncomfortable truth that casting them as the sole martyrs of monarchial racism fails to strike at the heart of the problem. The heart of the problem, of course, isn't just interpersonal, individual-level racism that had been directed at Markle by Harry's white family, nor is it something corporate diversity and equity trainings for the royals can even begin to fix.

The problem is imperialism. And that's a pretty big and omnipresent problem that can't just be fixed by extending our support to Markle and her family with Prince Harry, alone, while ignoring the many regions and communities of the global south that remain impacted by the legacy of British imperialism today.

As Kitanya Harrison wrote in Gen shortly after the Oprah interview, "Colonialism never really ended — it changed clothes and lowered its voice a bit." Britain may have given up the appearance of presiding over an empire that covers over a third of the world, but the fact remains that the wealth and opulence of its royal family was built upon the enslavement of millions of African people and their descendants, and the conquest and colonization of nonwhite societies around the world. The Queen and others in the family have shown no qualms about continuing to hold priceless stolen jewels from across Africa and Asia.

When Markle first joined the royal family in 2018, many celebrated the wedding as a progressive victory, without considering that what they were really cheering on was the assimilation of a Black, biracial woman into an irreconcilably white supremacist institution. Assimilation into any predominantly white space with rigid traditions meant for white people is often difficult, painful, and uncomfortable to say the least — now, imagine assimilation into an institution with as deep a history of violence and brutality as the British monarchy itself.

In some fantasy simulation in which Markle would be embraced and supported by the royal family, would that suddenly neutralize and make the British monarchy's legacy of horrific racist violence OK? How many of Harry and Meghan's most vocal defenders would be calling out the monarchy's racism, today, if it weren't for the visible nature of interpersonal, individual racism?

All too often, interpersonal racism is the only form of racism that catches media attention, or inspires public outrage and backlash, while devastating policies and traditions slip through the cracks. This, in itself, is a product of western neoliberalism and its very purposeful construction of narratives that reduce systemic, structural crises like imperialism, colonialism, capitalist exploitation, and white supremacy to individual, interpersonal issues.

Neoliberalism is thinking the singular event of a Black woman marrying into a family whose power and traditions are rooted in white supremacy, would somehow usher in a post-racist society. It encourages and celebrates symbolic distractions, which quiet calls for structural change, like, say, the monarchy giving up its stolen wealth and stolen power, or meaningfully repaying its nearly unquantifiable debts to the countries and peoples it plundered, stole from, and devastated.

"Had Meghan been accepted, what we would have instead is a whitewashed multicultural narrative of racial progress," Schuyler Esprit, a writer and educator from the island of Dominica, wrote in The Guardian in March. She added, "[F]or many of us around the world, some still colonized, the insidious work of empire lives on in the draconian education systems, the artifacts stored in British museums, the poverty in communities, the denial of our ability to profit financially from our own resources, and the reparations we demand but which the crown has always met with silence."

As Meghan and Harry welcome their second child, we should all be relieved that she and her family are safe, and they were able to do what was best for them and step away from the traditions and family members who had harmed them. But our takeaway from all of this shouldn't only be that interpersonal racism is bad, and the royal family should simply have been nicer to Markle, though both are true. Hopefully, we can treat this as an important lesson — that romanticizing assimilation into white institutions and diversifying imperialism isn't at all the same thing as tearing it down. Monarchical racism isn't anything new, and Markle and her family certainly aren't its only victims.