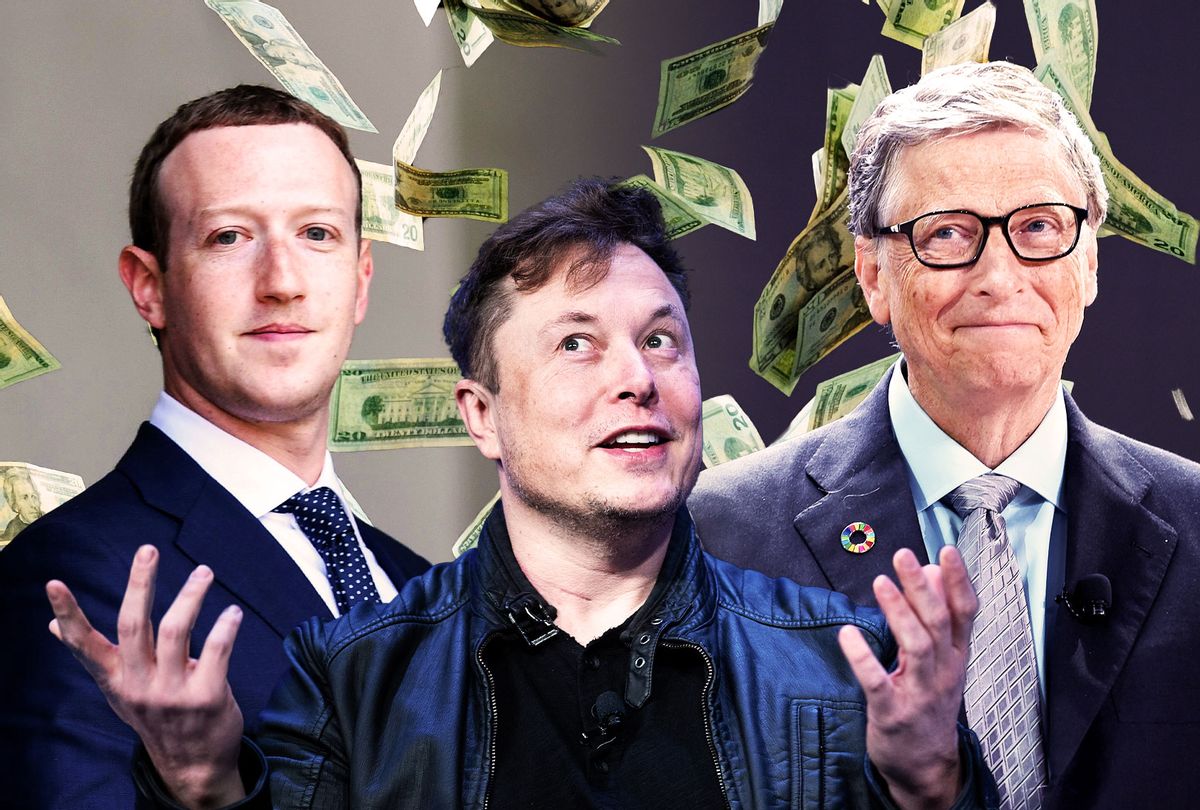 A bombshell report published by ProPublica on Tuesday detailed leaked IRS filings suggesting that some of the wealthiest individuals in the U.S. pay next to nothing in federal taxes, despite reaping hundreds of millions or more in annual income. But now the report itself has become enmeshed in controversy over journalistic ethics and privacy concerns, especially the question of when it's newsworthy to reveal personal financial information of private citizens.

ProPublica's report, which relies on IRS records whose source remains unknown, provides a startling glimpse into the true extent of tax avoidance schemes among the richest one-tenth of the one percent.

Other billionaires detailed in the report include former New York mayor Michael Bloomberg, who paid $70.7 million in federal income taxes in 2017, despite claiming $1.9 billion in personal income. (That represents roughly a 3.7% tax rate, when it arguably should have been around 52%.)

Billionaire investor and businessman Carl Icahn deducted large interest payments on his companies' debts, allowing him to avoid federal income tax payments in 2016 and 2017. That scheme involved taking out large bank loans to invest in the stock market, because the interest paid on those loans is tax-deductible, offsetting investment gains and other income.

Other billionaires lowered their taxable income by claiming they had incurred net losses. In 2011, for example, Bezos alleged he had lost money, although that his wealth of roughly $18 billion held steady from the previous year. He paid no federal income taxes thanks to his "investment losses," which in fact earned him a $4,000 family tax credit.

ProPublica also reports that corporate taxes do not make up for the tax losses resulting from these billionaire tax-avoidance schemes, largely because the corporate tax rate has plummeted in recent years, in the wake of tax cuts enacted by the Republican Congress in 2017 and signed by then-President Trump. Additionally, many companies — such as Google, Facebook, Microsoft and Apple — can circumvent a large proportion corporate taxes by claiming that their profits were made abroad.

White House press secretary Jen Psaki told the Washington Post after the report's release that "there is more to be done to ensure that corporations, individuals who are at the highest income are paying more of their fair share," adding, "Hence, it's in the president's proposals. His budget and part of how he's proposing to pay for his ideas will go ahead."

Following the report's release, however, numerous commentators rebuked ProPublica for publishing the leaked information, arguing that doing so was an unethical invasion of privacy, regardless of the wealth of the individuals involved.

The Wall Street Journal wrote in a Tuesday editorial that "the real scandal … is that someone leaked confidential IRS information about individuals to serve a political agenda."

"It's worth noting that we are also witnessing a massive assault on privacy and violation of federal law," wrote Charlie Sykes, editor-at-large at The Bulwark, an anti-Trump conservative site. "So, we have to ask ourselves, do norms matter only [sic] they involve people we like? Do we uphold the rule of law, except when it is in our ideological interest to break it?"

Former New York Times reporter Alex Berenson, who has spent the past year or more downplaying the dangers of the coronavirus pandemic. joined the chorus of condemnation, arguing that "the same journalists who wouldn't touch Hunter Biden's laptop have no problem going to town on these documents."

"This violation of individual privacy and confidentiality could easily happen to ordinary Americans and small businesses," said Sen. Steve Daines, R-Mont., "and that is what concerns me."

ProPublica issued a lengthy pre-emptive response in anticipation of exactly such criticism, contending that "the public interest in an informed debate outweighs privacy considerations."

"Many will ask about the ethics of publishing such private data," the statement continued. "We are doing so — quite selectively and carefully — because we believe it serves the public interest in fundamental ways, allowing readers to see patterns that were until now hidden."

According to IRS Commissioner Charles Rettig, federal authorities are already investigating the source of the leak.