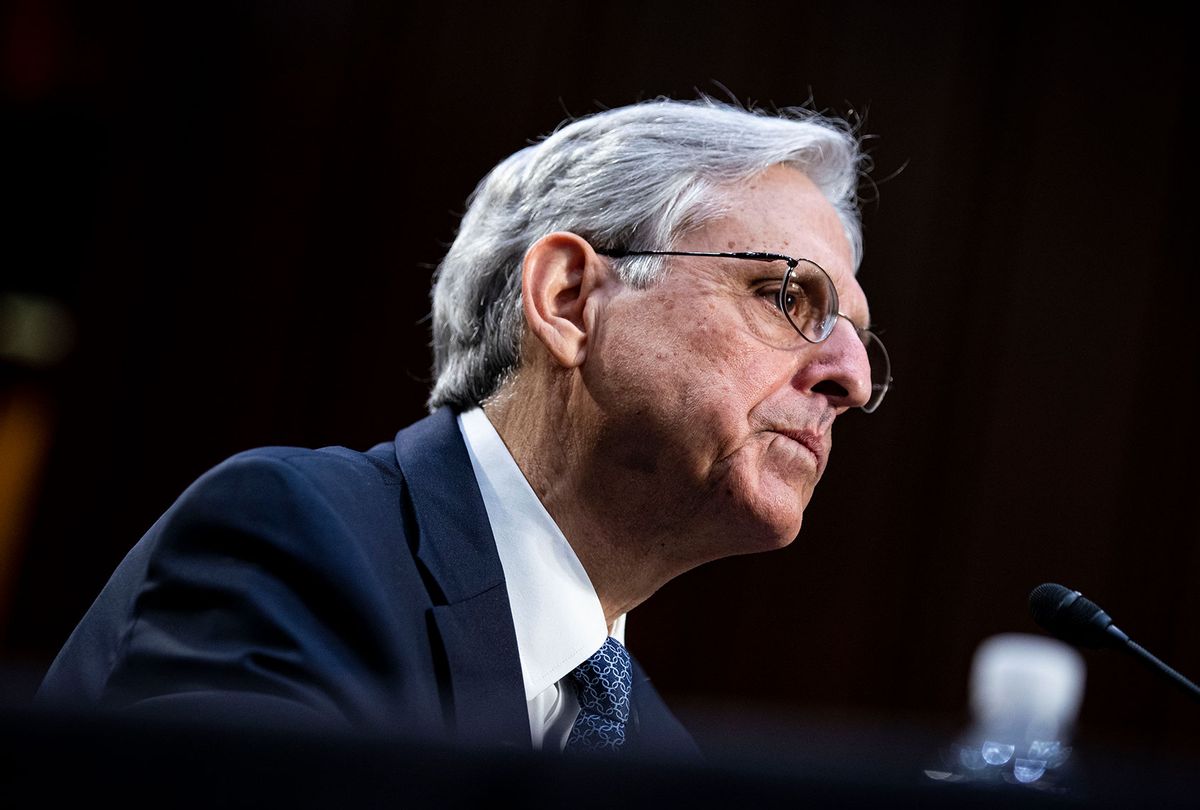 Attorney General Merrick Garland announced on Friday during a speech that he plans to double the size of a key division within the Justice Department's Civil Rights Division to combat a Republican-backed spate of restrictive voting laws currently being pushed in various state legislatures across the country.

"There are many things that are open to debate in America, but the right of all eligible citizens to vote is not one of them," Garland said in the address. "The right to vote is the cornerstone of our democracy. The right from which all other rights, ultimately flow.

"To meet the challenge of the current moment, we must rededicate the resources of the Department of Justice to a critical part of its original mission: enforcing federal law to protect the franchise for all eligible voters," he added.

Garland said the DOJ will increase the size of its voting-rights enforcement staff twofold within the next 30 days, a key move meant to counter a growing right-wing movement to invalidate the 2020 election results on behalf of former President Donald Trump and add onerous voting restrictions primarily in states that President Joe Biden won last November. The DOJ's Civil Rights Division will reportedly take aim at whether certain laws unduly burden minority voters, a concern that has arisen out of provisions that would disproportionately force voters in majority-minority communities to wait in longer lines, restrict voting access to citizens with IDs, truncate early voting hours and ban ballot harvesting.

Garland also addressed the conservative push to launch election audits in various states like Arizona, Michigan, Wisconsin, and Georgia, demurring as to their legality but refuting the premise upon which they were launched.

"Many of the justifications proffered in support of these post-election audits and restrictions on voting have relied on assertions of material vote fraud in the 2020 election that have been refuted by the law enforcement and intelligence agencies of both this administration and the previous one, as well as by every court — federal and state — that has considered them," he said, according to the New York Times.

Back in May, the DOJ penned a missive to the Arizona state Legislature, arguing that its audit of Maricopa County election results may be in violation of federal law. The Arizona GOP, which ultimately parried the letter, has not stopped in pushing for the audit's completion despite giving no clear indication as to when it will end.

The agency plans to post specific guidelines on how it will fight against civil rights violations and combat misinformation.

According to a Brennan Center for Justice report from late May, at least 14 states approved 22 measures to restrict ballot access across the country. In aggregate, at least 389 restrictive voting laws have been introduced over this year's legislative session.

In response, Congressional Democrats have promoted the For the People Act and the John Lewis Voting Rights Act, two landmark civil rights bills that would effectively require federal approval for the passage of any restrictive voting laws, among a host of other election reforms. Champions for both measures, however, have failed to garner the support they need to pass either bill.

Although Garland praised both bills in his speech, the attorney general promised that his department "will not wait for that legislation to act."