"I had to be all things for my husband": Meet the caregivers whose lives were upended by COVID

A shadow workforce of informal caregivers swelled during the pandemic, turning family members into unpaid helpers 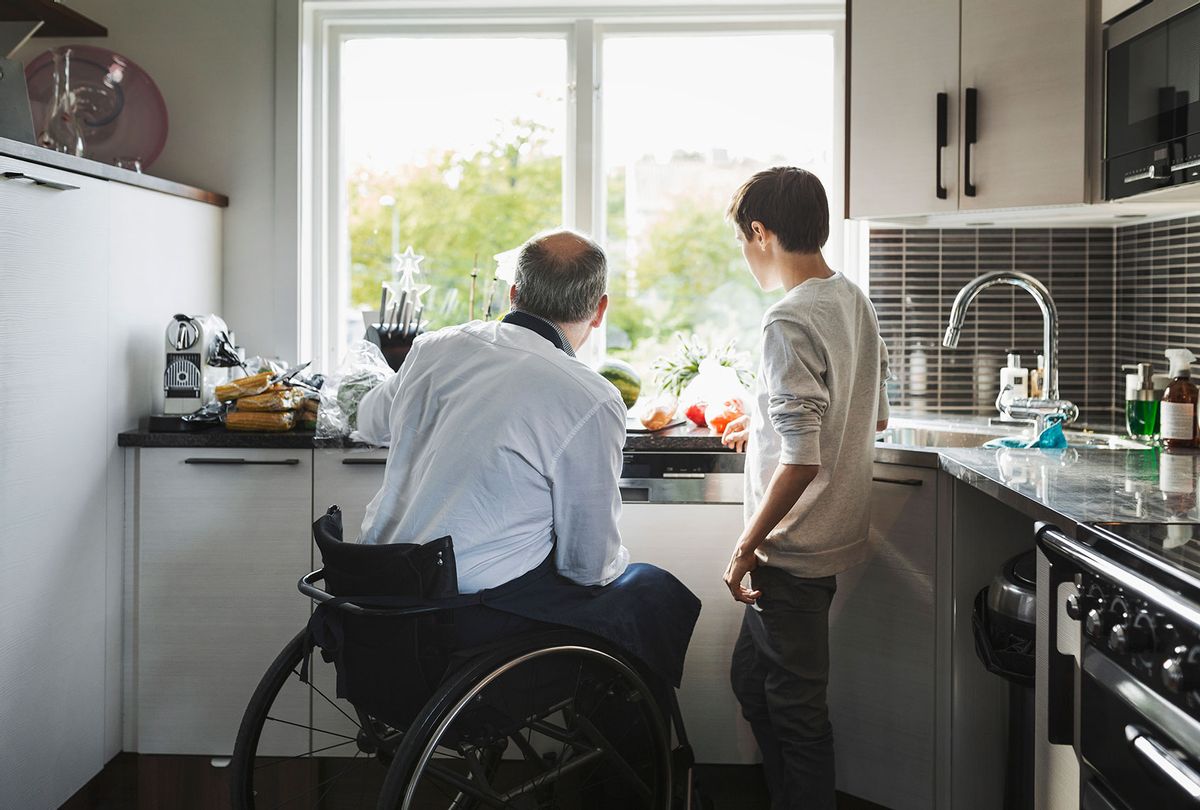 Last month, Marcy Myles-Clark did something that would have been unthinkable a year ago: she went on a week-long vacation with her husband, Tee. It was, in Marcy's words, the best sleep he had in a year. Sleep, Marcy explained, wasn't a problem for Tee until recently — after their lives changed, and after Marcy became his caregiver.

In March 2020, both Marcy and Tee got COVID-19. Marcy had a mild case while her husband became deathly ill. He spent a total of 46 days at Johns Hopkins Hospital in Baltimore; 28 of those he was in a medically-induced coma and on a ventilator.

"He was unable to walk, dress, or wash or bathe himself, for the first one and a half months of being home," Marcy said. "It was like having a 56-year-old, who was previously completely healthy 45 days prior, turn into a baby; as a result of his new state he was very frustrated and cranky."

Thus, when Tee was discharged, Marcy became his caretaker.

During the day, Marcy sought professional help from a nursing home. But at night, she had to help him with nearly everything. Her life, she says, became "restrictive."

"I had to be all things at all times for my husband including his emotional and physical cheerleader," Marcy said. "I had to preplan any gaps in my schedule to ensure that he always had proper coverage; I had to physically relocate to a downstairs bedroom with him in the beginning, when he couldn't physically make it upstairs, amongst other things."

On any given day, tens of millions of of Americans serve as informal caregivers to an adult or child. A Centers for Disease Control and Prevention (CDC) report estimated that in 2015, 17.7 million Americans served as informal caregivers. Being a caregiver can be an "emotional and physical strain," the CDC report notes, "leading to higher rates of depression, lower quality of life, and poorer overall health" for the caregivers.

It is often grueling work. And once the coronavirus began to spread across the country, many people — including Marcy — were catapulted into informal caregiving roles. Whether it's because a loved one got COVID-19 or because lockdown restrictions made third-party help no longer an option, the pandemic created a new cohort of caregivers whose options for external support were restricted.

"I wish that I could have had more family support," Marcy said. "Our family was readily available and eager to help. However, I was very skeptical to have anyone in the house outside of necessary health care providers because of my husband's vulnerable state."

Caregiving is a gendered duty: two out of every three caregivers in the United States are women. And the pandemic has swelled their numbers. In October 2020, the Associated Press-NORC Center for Public Affairs Research conducted a poll of 1,893 adults, including 565 current caregivers, and found that one in 10 of those started during the pandemic. Half of those said they were providing care specifically because of the pandemic.

Deborah Cohan, Ph.D., associate professor of sociology at the University of South Carolina–Beaufort, told Salon that informal caregiving has long been undervalued in the United States, in part because it's an invisible labor that usually falls on women.

"I think one of the primary reasons it was never valued in the first place is it is really gendered— because more women have always done it," Cohan said. "People aren't paid to do it unless they do it professionally."

Indeed, informal caregiving has often been referred to as a "shadow workforce" within the healthcare industry. Personally, Cohan was a caregiver to her father. She wrote a memoir about the experience, entitled "Welcome to Wherever We Are: A Memoir of Family, Caregiving, and Redemption."

"The subtitle of the book relates to redemption, and I will say that there were some redemptive qualities with caregiving, but it was very hard," Cohan said."It's not all burden, but it's some burden... there might be fulfilling aspects of it, but caring for someone can be heavy."

While she was a caregiver, Cohan was also in grad school. She recalled the difference in financial resources at her disposal: she could easily take a loan out for her education, but not to be a caregiver.

Indeed, few resources exist for those in informal caregiver roles, and in-home informal caregiving can be quite costly. According to AARP, family caregivers devote about 24 hours a week to helping and spend around $7,000 out-of-pocket on that care.

In President Joe Biden's $2 trillion infrastructure plan, he proposes spending $400 billion over eight years on home and community-based services to ease the burden for families. Many experts say the plan is a start, but it's not the best solution.

"This [plan] isn't everything that's needed, not by any step of the imagination," Ai-jen Poo, director of Caring Across Generations, told NPR in April 2021. "What we really want to get to is universal access to long-term care. But that will be a multistep process."

Renee Fry, a 49 year old living in Massachusetts who does next-generation estate planning, became a caregiver with her sister for her dad who has Alzheimers when the pandemic hit. She would have put him in a nursing home, but once her grandmother in that same nursing home died of COVID-19, it no longer felt like a viable option.

"We had to pack up everything and head to Pennsylvania," Fry said. She was packing again to head there this summer and help her mom take care of her dad. A nursing home, or external care, is still off the table. "Even though everyone has their COVID shots and came back, I think my mom is still wary after having lost my grandmother," she added.