Lemony, buttery shrimp for when you're short on time 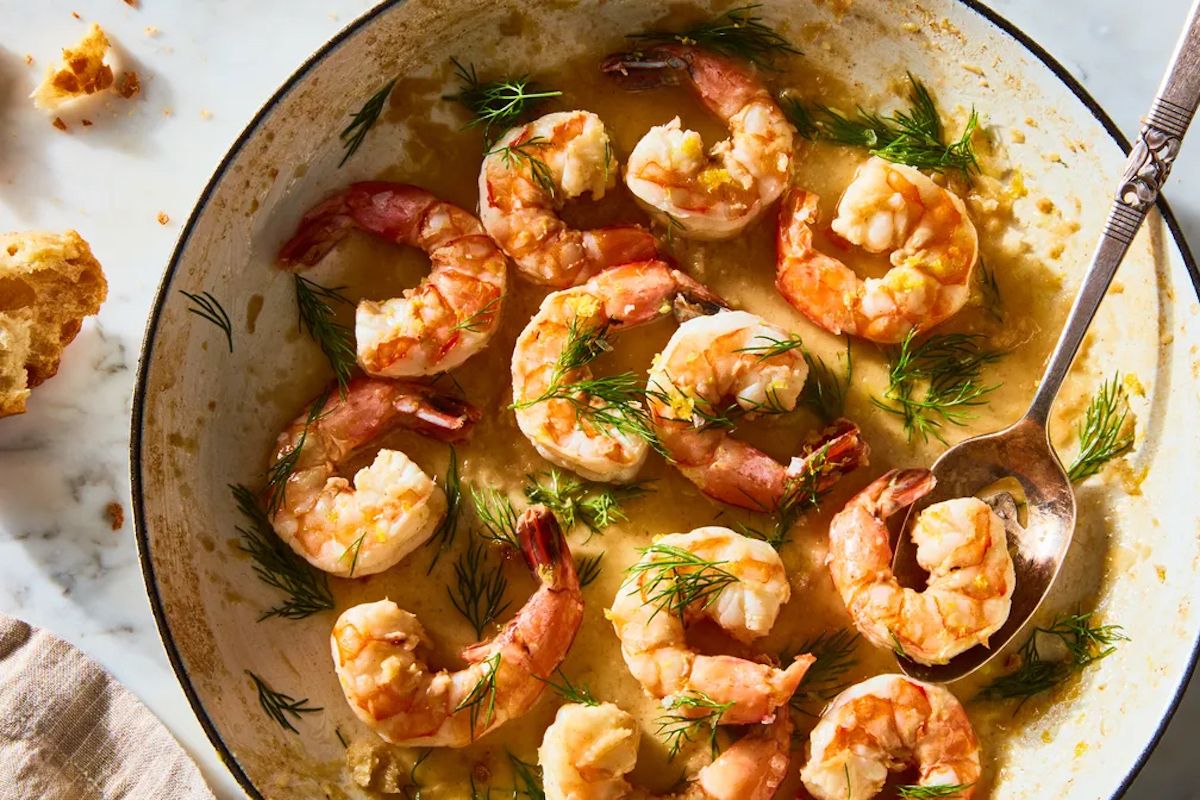 This is not shrimp scampi, but it's also not not shrimp scampi. Because if you grab a shovel and dig into it, this saucy, satisfying dish, which took off in the U.S. in the wake of World War II, has so many meanings, it's almost meaningless.

"In an effort to get an unromantic, unbiased definition of the word, Italian dictionaries of all sizes were consulted," wrote Nan Ickeringill in 1964. "Unfortunately they were peculiarly silent on the subject, except for an occasional phrase such as, 'Dio si scampi!' which is translated as 'God forbid!'"

What everyone can agree on is that scampi is the plural of scampo, the Italian word for a type of shellfish, as well as a type of dish using said shellfish. This is not uncommon. Think of callaloo: the greens of the taro plant and also the Caribbean dish using those greens. Or muffuletta: the round, sesame-speckled Italian bread and also the New Orleanian sandwich on that bread.

But all of that begs the question: If scampi is a crustacean and a preparation, what does that preparation entail?

If you read enough recipes, you'll notice a pattern. Garlic, butter, olive oil, lemon juice, white wine, parsley, and red pepper flakes are regulars. And yet, bread crumbs, tomatoes, and just about any herb you can think of make appearances, too. Often it's a skillet and stove situation. And yet, don't count out a sheet pan and oven, or air fryer, or grill.

Discussing shrimp scampi's murky definition in 2007, Melissa Clark wrote, "As I saw it, this meant I was free to interpret shrimp scampi pretty much any way I wanted." And that's what I'm doing, too.

Like many scampis, this shrimp dinner is speedy enough for a weeknight and saucy as heck, equal parts buttery and bright. But beyond the shrimp, beyond the butter, the ingredient list takes all sorts of swaps and skips, yielding something all its own.

Instead of savory garlic and spicy red pepper flakes, we're calling in one of my favorite ingredients of all time — savory, spicy prepared horseradish. Adding a dollop at the start infuses the sauce with a world of oomph. Adding another dollop at the end delivers a vinegary dropkick amid all the richness, like a shake of hot sauce or dab of wasabi.

And instead of flat parsley, we're turning to frilly dill. For greenery and freshness, yes, but mostly because I could devour this herb by the handful. If you don't feel the same way? Go back to parsley. Or try cilantro or chives or basil. After all, it's your shrimp not-scampi — whatever you want to call it.