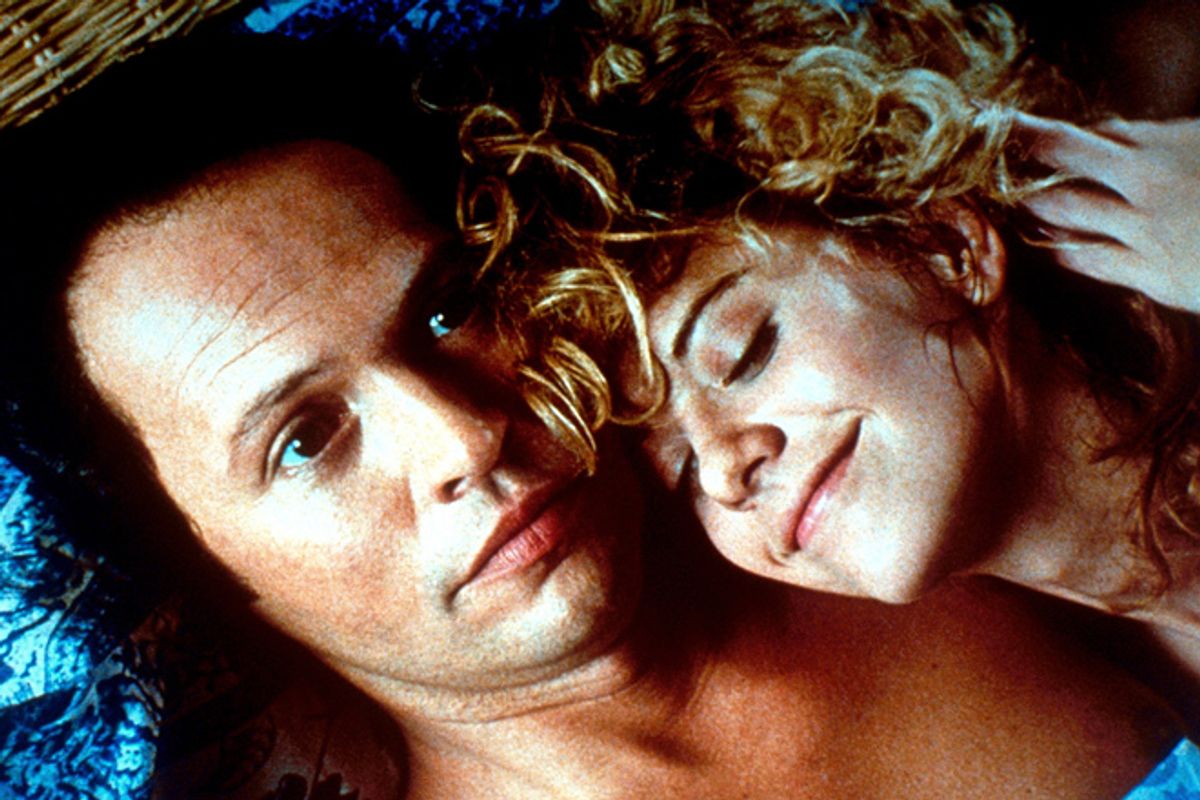 Billy Crystal and Meg Ryan in "When Harry Met Sally"
--

If romantic comedies are synonymous with anyone, it's writer-director Nora Ephron, whose landmark movies "When Harry Met Sally...," "Sleepless in Seattle," and "You've Got Mail" are widely credited with saving the romantic comedy genre. But beyond that, Ephron was a star in her own right, writing prolifically about her experiences of being a woman, from the 1970s up until the time of her death in 2012 from pneumonia brought on by acute myeloid leukemia.

In honor of what would have been Ephron's 80th birthday on May 19th, below are some fun facts about the creator's life and work.

1. Nora Ephron was fictionalized from an early age.

Ephron made her living telling other people's stories, but she's inspired some, too — dating back to her teen years. Ephron's parents, Hollywood screenwriters Phoebe and Henry Ephron, based their 1961 play and subsequent film "Take Her, She's Mine" on letters Nora sent home while attending Wellesley College.

2. Nora Ephron broke into journalism in a unique way.

Ephron aspired from a young age to be two things: A journalist living in New York City and the next Dorothy Parker. After college, Ephron scored a job at Newsweek as a mail girl, but her big break came when her friend Victor Navasky asked her to write a parody of Leonard Lyons's New York Post column for "Monocle."

"When the Pest (get it?), a perfect visual replica of the paper, appeared, the editors at the Post wanted to sue," Navasky wrote in a piece about Ephron following her death for The Nation. "But Dorothy Schiff, the owner, said 'If they can parody us, they can write for us,' and one week into a two-week tryout, they hired Nora."

Ephron's stint at Newsweek would later be a highlight of the Amazon drama "Good Girls Revolt."

3. Nora Ephron once found herself in the crosshairs of the women's liberation movement.

Although "When Harry Met Sally . . ." is now synonymous with the modern day rom-com, Ephron's reasons for writing it were, well, less than romantic. She wrote openly in her essay "My Life As An Heiress" about writing the film for the money, and would later blanche at the idea that she might one day become "some queen of romance." In 2006 Ephron admitted that romantic comedies are "almost all I've been able to get made," suggesting a contrast between the purview of Ephron's films and Ephron herself.

5. Nora Ephron made a cameo in "Sleepless in Seattle."

Or her voice did, at least. Ephron can be heard calling into Dr. Marcia Fieldstone's radio show as "Disappointed in Denver," lamenting to the radio host, "Every time I come close to orgasm, he goes to make himself a sandwich." Disappointed, indeed.

6. Nora Ephron has a complicated — but lucrative — relationship with technology.

On her famed list of things "I Won't Miss" after she passed away, Ephron included email not once, but twice, writing "I know I already said it, but I want to emphasize it." Despite her disdain for the electronic format, Ephron made email the linchpin of "You've Got Mail," a loose remake of Ernst Lubitsch's "The Shop Around the Corner" (1940), and one of Ephron's most successful films.

Ephron also documented her struggles with an online Scrabble addiction, saying Scrabble Blitz turned her brain to "cheese." No matter how Ephron felt about technology, though, she knew it was the wave of the future and invested wisely, doubling the expected value of her estate with investments in Apple, Google, and Amazon.

7. Nora Ephron planned her own funeral.

Ephron was known to have an exacting nature — and with good reason. "The problem with Nora is that she's right about almost everything, all the time," "You've Got Mail" associate producer Dianne Dreyer once said. Ephron's own funeral was no exception. Prior to her death, the three-time Oscar nominee reserved $100,000 to pay for the occasion, which was held at Alice Tully Hall, and decided on everything from the food (a perfectly prepared brisket) to the speakers (Meryl Streep, Mike Nichols, and more) and how long each of them had to talk.

8. Somewhere out there, there's a cookbook full of Nora Ephron's favorite recipes.

If Ephron was known for anything beyond her impeccable wit, it was her love of food, which often made its way into her writing. An accomplished chef in her own right, she bestowed her closest family members and friends with an original Nora Ephron cookbook when she passed away. It contains 174 of her recipes and stray observations — certainly a gift that would keep on giving. The rest of us, however, will have to settle for this one Monkey Bread recipe, which was said to be her favorite breakfast.