A century after the Tulsa race massacre, a grocery store opens to serve the community 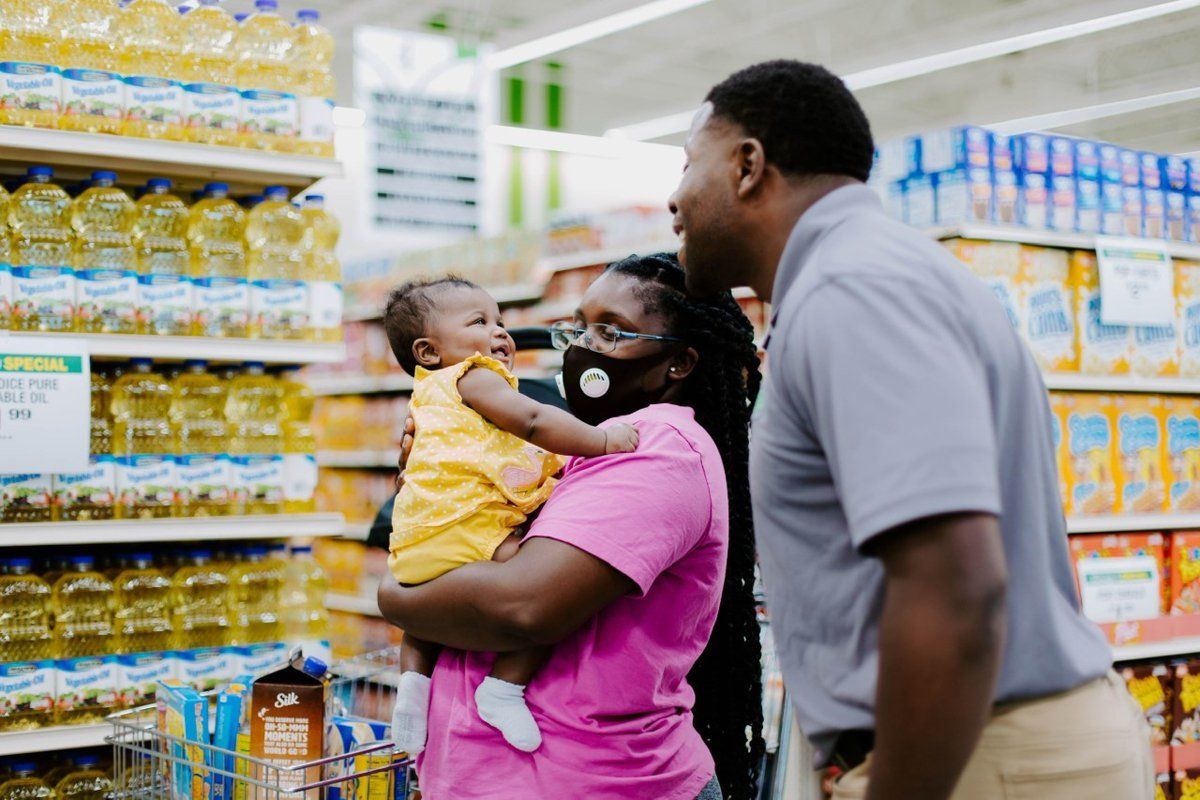 Before Vanessa Hall-Harper won her District 1 City Council position in Tulsa, Oklahoma, in 2016, she talked extensively with her soon-to-be constituents and learned that food security was one of the most pressing issues for residents in North Tulsa. That's why she made it a mission to place a moratorium on dollar stores and bring in healthy food options.

"In engaging with my community, the number one issue of concern that I heard was that we don't have a grocery store in our community where we can go and shop, that all we have are dollar stores," said Hall-Harper in a recent phone interview. "It's something that I didn't suffer from because I happen to have adequate transportation, so I could go anywhere in Tulsa to shop and get what I want. But obviously, there's a large segment of my constituents that cannot."

Food access is just one of a number of equity issues that are in the spotlight this year, as Tulsa marks an important anniversary. One hundred years ago, a mob of white vigilantes burned down Tulsa's Greenwood District — the area known as Black Wall Street that sits in what is now Hall-Harper's district — killing an unknown number of people and destroying Black wealth, and health, for generations.

Read more Civil Eats: Op-Ed: Hunger is a Political Decision. We Can Work to End It.

On Monday, people from all across Tulsa and the surrounding region will come together to commemorate the centennial anniversary of the massacre. But some residents of the neighborhood will also be marking a quieter change. For the first time in more than a decade, North Tulsa is home to a new, 16,000-square-foot independently owned grocery store stocked with fresh fruit, vegetables, meats, baked goods, and other whole foods.

As its name implies, Oasis Fresh Market is meant to be an oasis in the middle of a desert, said AJ Johnson, the supermarket's majority owner.

"North Tulsa and, really, every community needs access to fresh produce, and fresh meats because that affects their lifestyle — how you live, how you eat, the longevity of your life," Johnson said, later adding, "Oasis means refuge, safe place, and shelter — and that's exactly what this store means for this community."

"Food is a basic human right," said Hall-Harper who worked closely with Johnson and Rose Washington, the chairwoman of the Tulsa Regional Chamber, to bring the project to fruition. "I had to make it a priority for that very reason."

A neighborhood in need

Today, North Tulsans — 61% of whom are people of color, compared to 28% in South Tulsa — are about half as likely to earn a living wage as residents of South Tulsa. There are also 10 times more banks and credit unions than payday lenders in South Tulsa compared to North Tulsa, according to the most recent Equality Indicators report from the Community Service Council.

North Tulsa has also been an area that is notorious for its lack of full-service grocery stores and farmers' markets. In 2015, 38% of North Tulsa residents said they had worried about having enough food in the previous year (a number that is nearly twice as high as the number who responded that way in the city's other neighborhoods). And lower incomes, coupled with a lack of easy access to healthy, affordable foods, have had predictable health impacts: North Tulsans suffer from high rates of diet-related illness and their life expectancy is nine years lower than their counterparts in south Tulsa, which is 72% white, according to the Tulsa Health Department.

In 2018, the Tulsa City Council passed the Healthy Neighborhood Overlay, a zoning measure that restricts where dollar stores can be constructed in North Tulsa. The $4 million Oasis Fresh Market is a result of investment from the Tulsa Development Authority, the city of Tulsa through HUD's Community Development Block Grant program, and various philanthropic organizations.

Johnson, who graduated from the University of Tulsa, was executive director of the Tulsa Dream Center, an organization that provides education, food, and more to the North Tulsa community, before starting his new role.

The history of Tulsa and its once-thriving, now-reviving historic Greenwood District is ever-present in the store. On one wall is a large mural of the Mann Brothers, who in 1921 owned their own grocery store.

"Me being able to stand here today is a result of what they did and what they walked through and what they had to overcome," Johnson said while sitting near the mural. "How do we honor that? I have an opportunity to stand on their shoulders, as do so many other Blacks and Black [business] owners in North Tulsa."

While Oasis Fresh Market is a for-profit entity, it is connected to a nonprofit organization called The Oasis Project. It will offer a variety of services to community members, from recipes, samples, and breakdown of recipe costs for those with health issues, to wraparound services such as receiving clothes for those who need them, and free fresh produce to those who qualify.

The effects of a new, independently owned grocery store on a community are multi-layered, said Allison Karpyn, co-director of the Center for Research in Education and Social Policy at the University of Delaware.

First off, they provide jobs, usually on a local scale. Sometimes they can provide jobs to people with criminal records who otherwise may not be able to earn a livable wage to support themselves and any family they may have, she said.

"Economically, supermarkets really do provide a boost to a local economy," she added.

There is also a social-justice impact, Karpyn said. A supermarket can be a foundational resource for a community that can be an example of what investment or disinvestment looks like.

"Having a new supermarket open up in your community means someone is interested in investing in you," she said. The coronavirus pandemic and subsequent food shortages that many individuals and families experienced early on — no matter their socioeconomic status — has shown many what it's like to have to do without, Karpyn said.

"Seeing supermarkets expand locally — especially in communities that had been designated as food deserts — it really seems like a new day and it brings some hope and possibility, especially as sort of the gray clouds of covid begin to subside," she said. "It represents a lot more than a supermarket."

Alison Cohen, senior director of programs at WhyHunger, an organization devoted to ending hunger in the U.S. and around the world, said that while hunger is not a new problem in America; COVID-19 has exacerbated the social injustices that have long existed at the root of hunger, from racism to the lack of a living wage.

"The disproportionate spread of COVID-19 in Black, Indigenous, people of color (BIPOC) communities has drawn into sharp focus the systemic racism present in the U.S. food system — inequities that communities of color have faced since the founding of this country," Cohen said. "This includes the deep contradictions in our food and social welfare systems and the resulting uneven distribution of wealth that hits women and children, and BIPOC communities in the United States the hardest."

Johnson and Hall-Harper are both optimistic about the improved food access Oasis Fresh Market could bring to North Tulsa's residents, and the timing is especially poignant.

"With the Centennial, the fact that a Black man, myself, [worked with two other Black leaders in the community], just shows you the power of uniting together," said Johnson. "Essentially, three minorities have banned together to collectively open up this grocery store and bring change to so many."