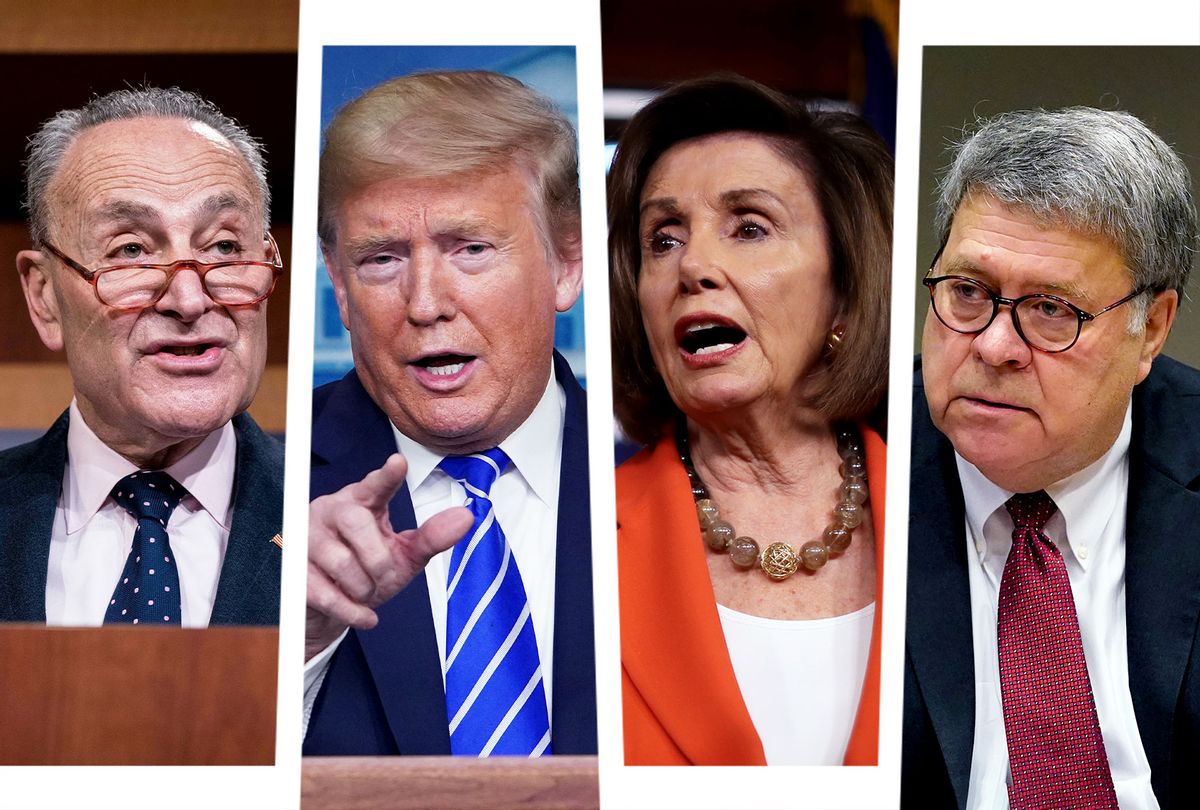 The Justice Department's top national security official, John Demers, is reportedly resigning amid the torrent of revelations surrounding the agency's forceful seizure of phone data from House Democrats during the Trump administration. Demers, a Trump appointee, was the longest-serving official at the Department of Justice from the previous administration.

On Thursday, the New York Times reported that the Trump Justice Department undertook an extensive investigation in 2017 and 2018 into at least a dozen members of the House Intelligence Committee, subpoenaing their computer and phone records from Apple and Microsoft, both of whom were put under a gag order, which prevented the companies from speaking out. According to CNN, the agency demanded metadata on 73 phone numbers and 36 email addresses specifically from Apple.

The probes apparently sought to root out the source of confidential information leaks regarding potential communications between Trump officials and Russia in advance of the 2016 general election. Some have speculated that the probe aimed to snuff out lawmakers who may have fed information to the press regarding Trump-Russia collusion.

The slow trickle of truth surrounding the probe has sparked outrage amongst Democratic lawmakers.

House Speaker Nancy Pelosi, D-Calif., said on Tuesday that the aggressive seizure of House members' records goes "even beyond Richard Nixon," suggesting that DOJ's investigation amounts to a constitutional violation that exceeds that of the Watergate scandal.

"Richard Nixon had an enemies list," the House Speaker said during a CNN interview. "This is about undermining the rule of law."

Attorneys General Bill Barr and Jeff Sessions, who led the DOJ under Trump, have both denied any knowledge of the sweeping investigation. Barr told Politico on Friday that he was "not aware of any congressman's records being sought in a leak case" during his time as attorney general, adding: "I never discussed the leak cases with Trump. He didn't really ask me any of the specifics."

Pelosi still demanded that they both testify under oath.

"How could it be that there could be an investigation of members in the other branch of government and the press and the rest too and the attorneys general did not know?" the House Speaker asked. "So who are these people and are they still in the Justice Department?"

"Don't buy it," he said during a Sunday CNN interview. "That's not the way the department works. I know from my experience on the Intelligence Committee that for special matters — whether it involves the members of Congress or senior members, you know, in the press — this would go to the attorney general's office."

"This is a gross abuse of power and an assault on the separation of powers," they wrote in a joint statement. "This appalling politicization of the Department of Justice by Donald Trump and his sycophants must be investigated by both the DOJ Inspector General and Congress."

The senators added: "Former Attorneys General Barr and Sessions and other officials who were involved must testify before the Senate Judiciary Committee under oath. If they refuse, they are subject to being subpoenaed and compelled to testify under oath."

Other Democrats have called for a probe into the Justice Department itself, arguing that the seizures indicate a widespread breakdown of transparency and accountability. Rep. Adam Schiff, D-Calif., currently the chair of the House Intelligence Committee and one of the many lawmakers targeted in the probe, called on the agency's inspector general to initiate an inquiry into Trump's "weaponization of law enforcement."

"Though we were informed by the Department in May that this investigation is closed, I believe more answers are needed, which is why I believe the Inspector General should investigate this and other cases that suggest the weaponization of law enforcement by a corrupt president," Schiff wrote in a Thursday statement.