"What is domestic terrorism? Is it really what this Merrick Garland and the Democrats are telling us?" 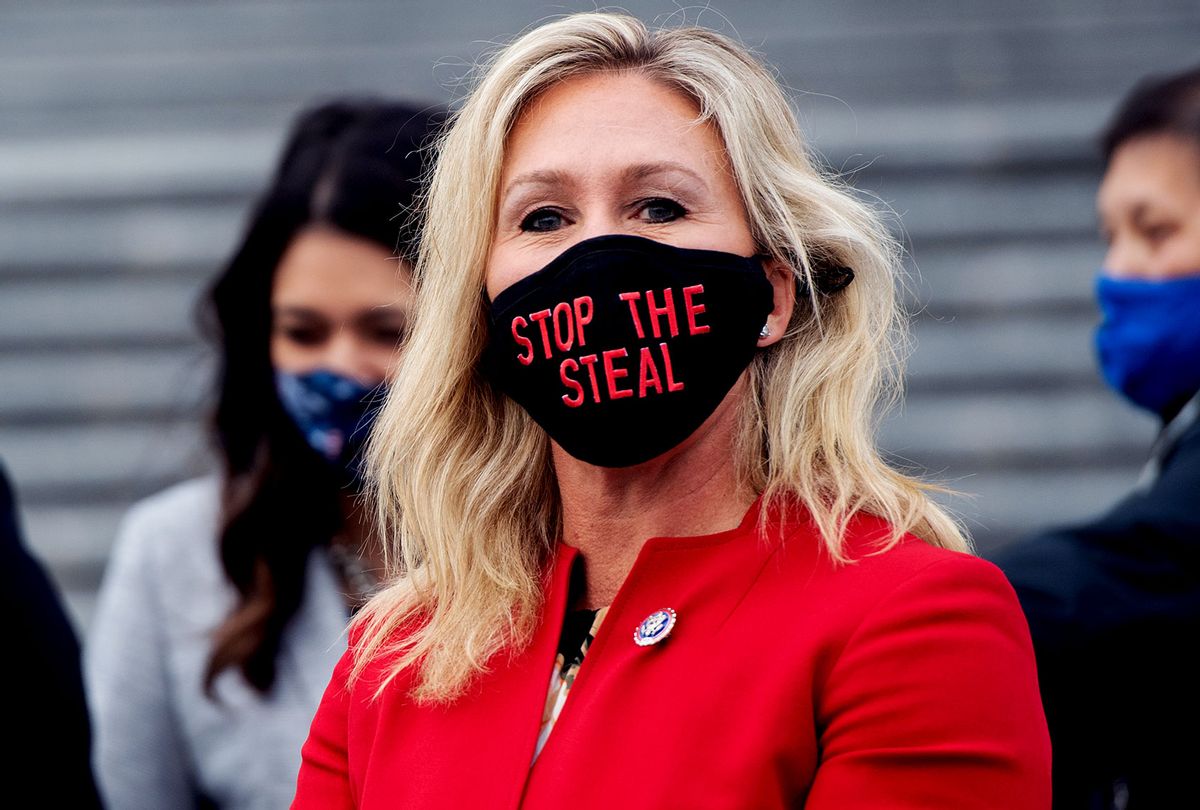 Rep. Marjorie Taylor Greene, R-Ga., on Tuesday lashed out at Attorney General Merrick Garland after he announced a plan to combat domestic terrorism.

Greene made the remarks while appearing on "Real America's Voice" with host Steve Bannon.

"I've been watching his comments," Greene said of Garland. "Here's the real concern. What is domestic terrorism? Define this. You know, here we have Antifa/BLM that terrorized — terrorized! — American citizens for the year. I mean, imagine this summer of rage this past summer."

"That is insurrection," she continued. "They were attacking federal buildings, police officers. They're trying to dismantle every bit of law enforcement in all of these cities and who are the victims? The American people. Is that not domestic terrorism?"

Greene added, "And yet, here [Garland] is on the screen, I've been watching his words, defining domestic terrorism as white supremacy, racism, people that went on Jan. 6."

According to the Georgia lawmaker, the Constitution guarantees "the right to dismantle a government when it becomes tyrannical."

"And so, let's ask the real question," she remarked. "What is domestic terrorism? Is it really what this Merrick Garland and the Democrats are telling us? It's the people that went to Washington on Jan. 6 because they really wanted accountability from their government and they knew what we all know and what I cannot wait to see come out, that there was real election fraud and they believe that it's stolen."

Greene also blasted Rep. Ilhan Omar, D-Minn., and suggested that the Democrats "have to take her out."

"These are the people that should be called domestic terrorists!" she exclaimed.

Bannon interrupted to clarify that Greene wants to "dismantle" the government through lawful means.