Retired Republican known as "Putin's favorite congressman" confirms he was at the Capitol on Jan. 6 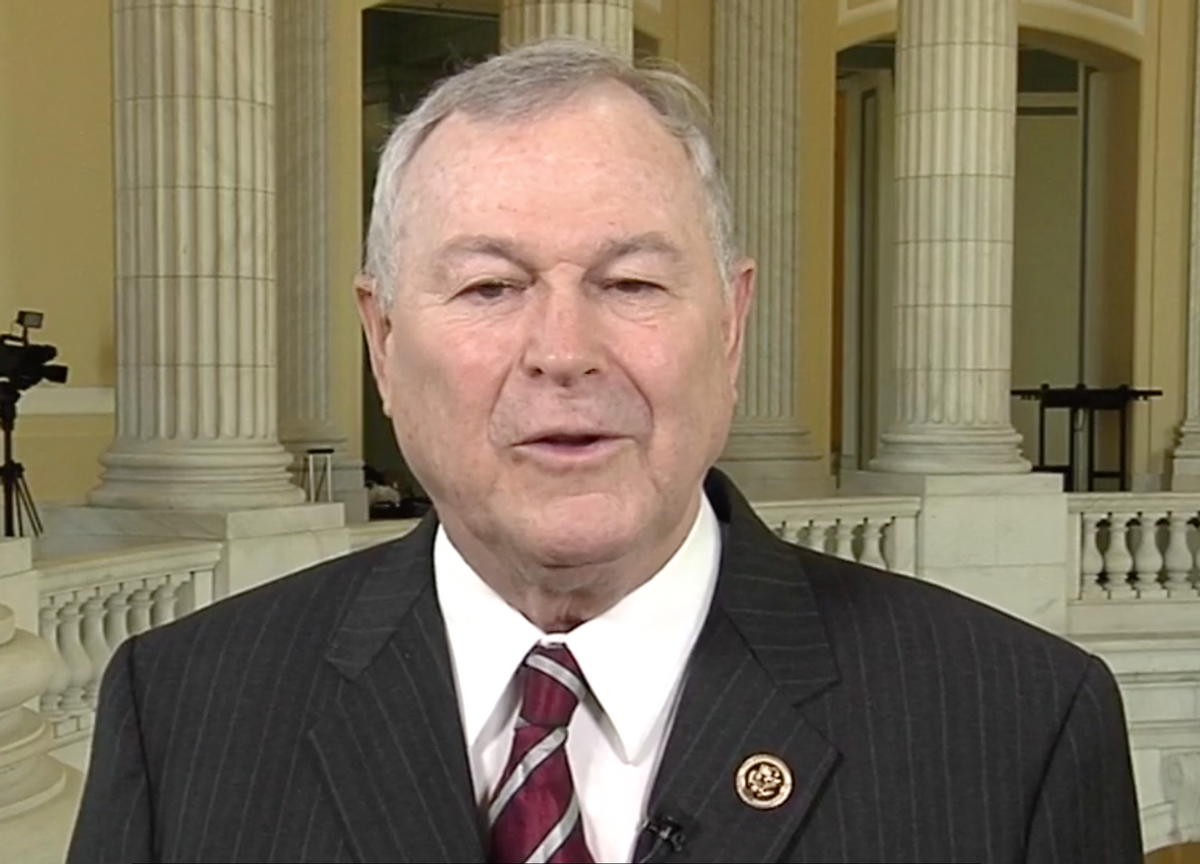 Rohrabacher, a longtime Republican from California who now lives in York, Maine following a failed re-election campaign in 2018, admitted to the Press Herald that he broke the police barricade but said he stopped short of entering the Capitol building, encouraging his fellow insurrectionists to refrain from doing so as well.

"I marched to protest, and I thought the election was fraudulent and it should be investigated, and I wanted to express that and be supportive of that demand," the California congressman told the paper. "But I was not there to make a scene and do things that were unacceptable for anyone to do."

Rohrbacher was first clocked on Saturday when a group of Twitter sleuths came upon never-before-seen footage of the insurrection. The congressman, donning an overcoat and a knit hat in the video, can be seen standing near the Lower West Plaza about 500 feet beyond the Capitol police barricade. The videos show no indication that Rohrabacher went any further.

According to the Orange County Register, Rohrabacher delivered a speech just weeks prior during a "Stop the Steal" rally in Huntington Beach, California on December 12, where he referenced the Revolutionary War, insisting that "communists" were vying to "take control of our government."

"We will not sit idly by while those who don't believe in America commit voter fraud on a massive scale and steal our country away from us," he declared.

Former La Habra police chief Alan Hostetter of San Clemente, who also attended the rally and has since been charged in connection to the January 6 insurgency, also spoke that day. Hostetter appeared to explicitly condone to the assassination of current U.S. officials, claiming that "execution is the just punishment for the ringleaders of this coup."

According to the Register, Hostetter's attorney alleged that Rohrabacher was not with the former police chief on the day of the riot. "My client did not see Congressman Rohrabacher in Washington, DC," his attorney noted. "We believe anyone peacefully protesting outside the capitol is protected by the First Amendment and should not be facing felony charges."

After he was outed, Rohrabacher told the Herald that those who breached the Capitol building had made a mistake. "By going into the building," he explained, "they gave the Left the ability to direct the discussion of what was going on in a way that was harmful to the things we believe in."

He also claimed that "leftist provocateurs" incited the rioters to break into the building. There is, however, no evidence that left-wing agent provocateurs played any role in the insurrection. Rather, there is widespread evidence that members of white nationalist militias and extremist groups played a significant role in the violence, both planning and executing the event. Many of those prosecuted belonged to far-right groups such as the Proud Boys, the Three Percenters, and the Oathkeepers. Others identified more broadly with the QAnon.

Rohrabacher served fifteen terms in Congress, dating back to 1989. In the past, Rohrabacher staunchly fought against LBGTQ+ rights and illegal immigration. He is also known for voting to repeal Obamacare and repeatedly disputing the notion that global warming is man-made.

In 2016, Rohrabacher, an ardent supporter of Russian President Vladimir Putin, was scrutinized for his potentially problematic connections to Russia, earning him the moniker of "Putin's favorite congressman." Many have speculated that his link to Putin damaged his chances of re-election.