Ending Roe v. Wade is the goal of draconian new abortion laws — and we're getting closer every day

Why does the Biden administration remain silent on abortion, when 3/4 of Americans want the right preserved? 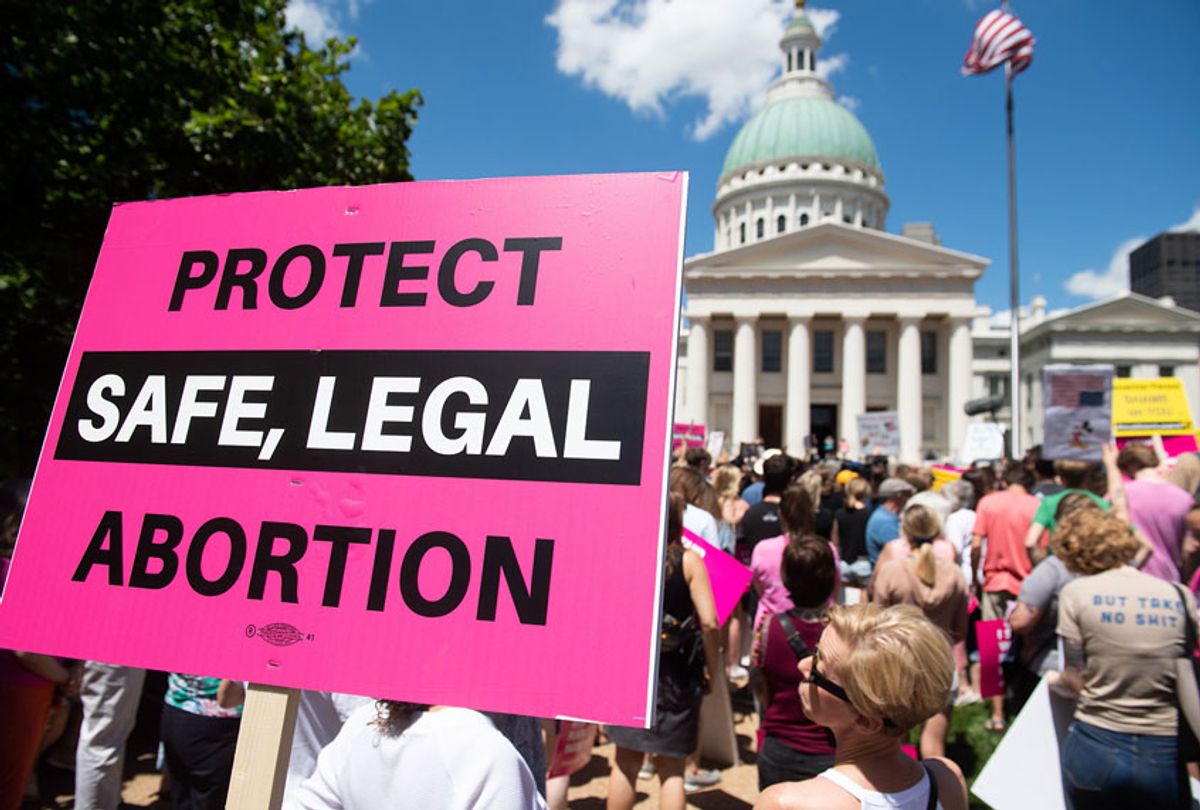 She is sixteen years old and pregnant. Still in school and devoid of job skills, she would not qualify to adopt a child, yet she could be forced to carry the fetus to term.

She is a mother who wants another child, but in the third term of her pregnancy she learns her fetus has severe organ anomalies and will die soon after birth, but she is denied a late term abortion.

She is a victim of rape who suffers post-traumatic stress that renders her unable to work, but she will be forced to give birth.

She has been sexually abused by her uncle for years and is now pregnant by him, but she cannot have an abortion.

Each of these women represent many others. They are the elephant in the room that no one wants to talk about as the United States moves ever closer to draconian restrictions on abortion, and ultimately the death of Roe v. Wade, the landmark 1973 decision in which the Supreme Court ruled that the Constitution protects a woman's liberty to choose to have an abortion without excessive government restriction.

Ever since the Supreme Court's decision a growing number of states have worked hard to promulgate laws and regulations that limit whether and when a woman can obtain an abortion. Restrictions aimed at reducing abortions are designed to challenge to Roe v. Wade in the hope it will be reversed. They include such measures as mandating unnecessary physician and hospital requirements, setting gestational limits, preventing so-called "partial birth" (late term) abortion, promulgating funding restrictions, and insisting on state-mandated counseling, waiting periods, and parental involvement.

But never have we seen abortion restrictions like those that now exist in 45 states, making 2021 a "year that is well on its way to being defined as the worst one in abortion rights history," as the Guttmacher Institute notes.

Various state laws from Arizona to Arkansas are a "Handmaid's Tale" nightmare, but none are as staggering as the laws in Texas. Beginning in January this year, patients are required to receive state-directed counseling including information designed to discourage abortion, coupled with mandated wait times. There are constraints on various insurance policies including those included in the Affordable Care Act. Parental consent is required, and patients must undergo an ultrasound at least 24 hours before obtaining an abortion while the provide shows and describes the fetal image to the patient.

Further, in May, Texas governor Greg Abbott signed a fetal heartbeat abortion bill that bans abortion as early as six weeks, well before most women know they're pregnant. That bill is scheduled to go into effect in September, although it and many other proposed laws are being challenged in the courts.

No wonder Texan Paxton Smith, graduating valedictorian of her high school class, found her graduation speech going viral.  With enormous courage, she 'aborted' her approved speech and spoke eloquently, noting at the start that the six-week "Heartbeat Act" had just been introduced.

Shortly after Smith gave her speech, a Spokane, Washington, newspaper revealed that several months earlier a woman who suffered a miscarriage in a Spokane hotel had been investigated by police who found it suspicious that she did not meet them at the hospital as they had instructed. A search warrant followed because the cops thought she might be guilty of criminal mistreatment of a child. Ultimately the investigation was closed.  But women are actually in jail here and in other countries, charged with feticide following a miscarriage.

It doesn't have to be this way. There are many models we can look to in which women's right to exercise control over their bodies is not in the hands of the state. The Netherlands is one such country. Abortion is free on demand there and yet they have the lowest abortion rate in the world, while complications and deaths from abortion are rare. Contraception is widely available and free, and abortion is covered by the national health insurance plan. Sex education starts early, and Dutch teenagers have less frequent sex starting at an older age than American teens; their pregnancy rate is six times lower than ours.

Why, then, but for Paxton Smith, do we never hear media reports about the critical issue of abortion, which male powerbrokers embrace with the force of institutionalized misogyny? Why does the current administration remain silent on an issue of this import when three quarters of Americans want Roe v. Wade to remain in place, citing it as a key issue affecting who will get their vote? Why is the American public so ready to give up on a fundamental human right that can touch all of us?

Why, Ms. Smith might well ask, do we stay silent?