Interestingly, Manchin seems open to filibuster reform — a private stance that contradicts his public one 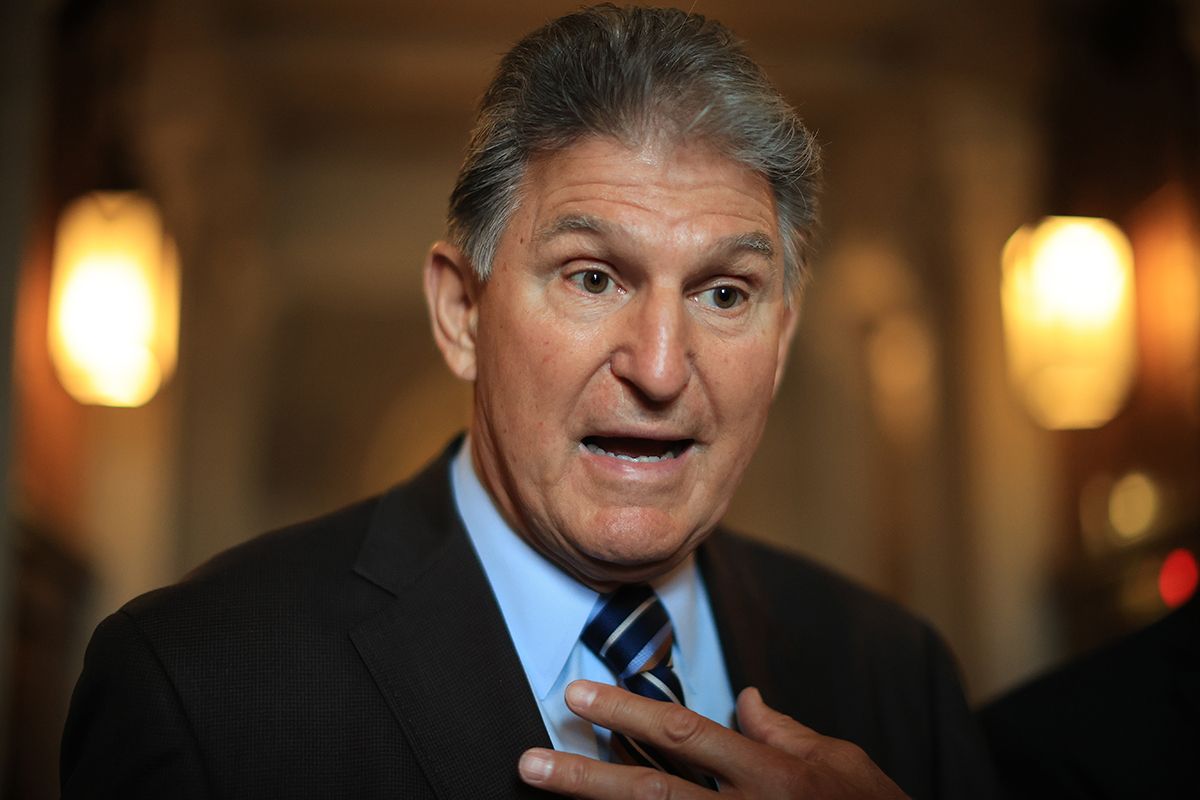 In a private call this Monday that was obtained by The Intercept, Joe Manchin, D-W.V., talked to major political donors during a meeting organized by the group No Labels, which The Intercept describes as a big-money operation co-founded by former Sen. Joe Lieberman "that funnels high-net-worth donor money to conservative Democrats and moderate Republicans."

Interestingly, Manchin seemed open to filibuster reform — a private stance that contradicts his public one.

"The call included several billionaire investors and corporate executives, among them Louis Bacon, chief executive of Moore Capital Management; Kenneth D. Tuchman, founder of global outsourcing company TeleTech; and Howard Marks, the head of Oaktree Capital, one of the largest private equity firms in the country," writes The Intercept's Lee Fang and Ryan Grim. "The Zoom participant log included a dial-in from Tudor Investment Corporation, the hedge fund founded by billionaire Paul Tudor Jones. Also present was a roster of heavy-hitting political influencers, including Republican consultant Ron Christie and Lieberman, who serves as a representative of No Labels and now advises corporate interests."

Manchin told the meeting's attendees that he needed help getting Republicans to vote in favor of a Jan. 6 commission in order to strip the "far-left" of their best argument against the filibuster.

In regards to Missouri GOP Sen. Roy Blunt, Manchin said, "Roy Blunt is a great, just a good friend of mine, a great guy."

"Roy is retiring. If some of you all who might be working with Roy in his next life could tell him, that'd be nice and it'd help our country," Manchin continued. "That would be very good to get him to change his vote. And we're going to have another vote on this thing. That'll give me one more shot at it."

Read the full report over at The Intercept.