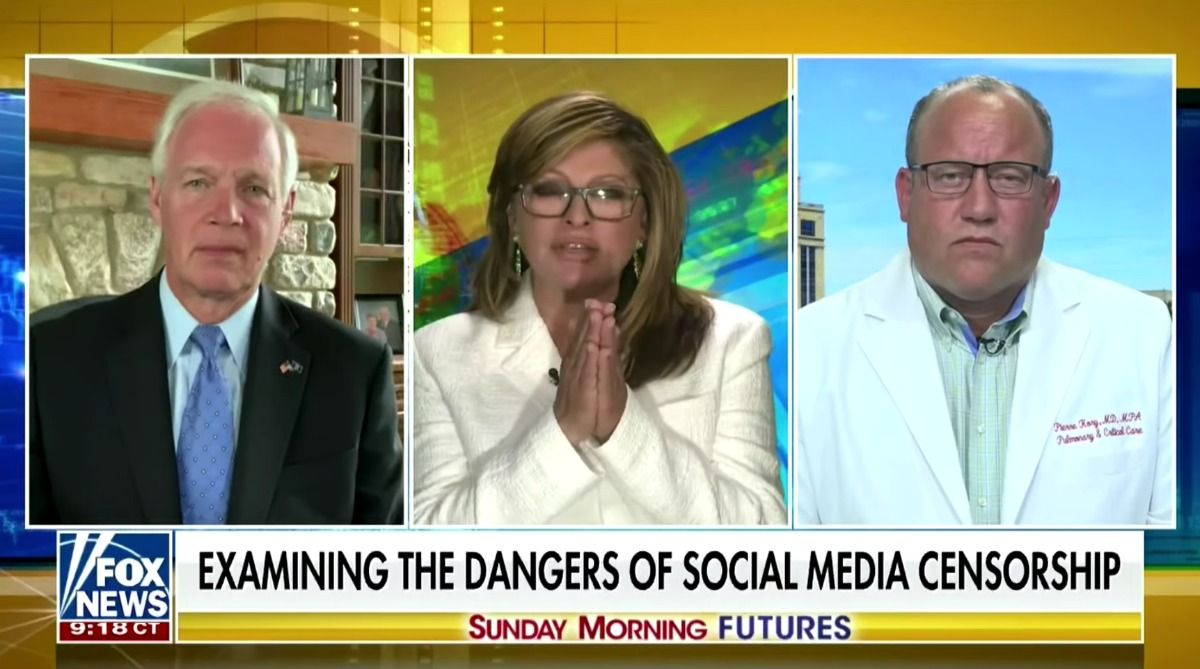 Fox News host Maria Bartiromo on Sunday defended lies about the Jan. 6 attack on the Capitol and vowed to "keep telling the truth."

During an interview with Sen. Ron Johnson, R-Wis., Bartiromo presented a list of what she called the "biggest lies."

The list of "lies" included right-wing talking points like "the Russia hoax," "Hunter Biden's laptop" and the "armed insurrection" of Jan. 6

"Armed insurrection is what Nancy Pelosi keeps calling Jan. 6, Senator," Bartiromo told Johnson. "How many guns were actually taken up on that day since she says it was armed?"

Bartiromo took the opportunity to defend her show's record on reporting the "truth."

"I am so incredibly proud of this team on 'Sunday Morning Futures' and of working alongside you," the Fox News host said. "We have been telling every story. We've been on the right side of it for seven years going. I've been trashed every day along the way."

"Keep trashing me!" she exclaimed. "I'll keep telling the truth."

Earlier this year, Politifact gave Johnson a "pants on fire" rating for claiming that the attack on the capitol was not an armed insurrection.

"Police stopped only a fraction of the violent protestors Jan. 6, but we still know of guns and explosives seized in and around the Capitol. And we know rioters brought knives, brass knuckles a stun gun, and other weapons," Politifact reported. "Just as notable, video plainly shows the mob using all manner of makeshift weapons to attack police and force their way in, including hockey sticks, flagpoles, fire extinguishers, and a police shield stolen from an officer."

Bartiromo was also forced to air a correction after suggesting that voting machines had been used to steal the 2020 election from then-President Donald Trump.