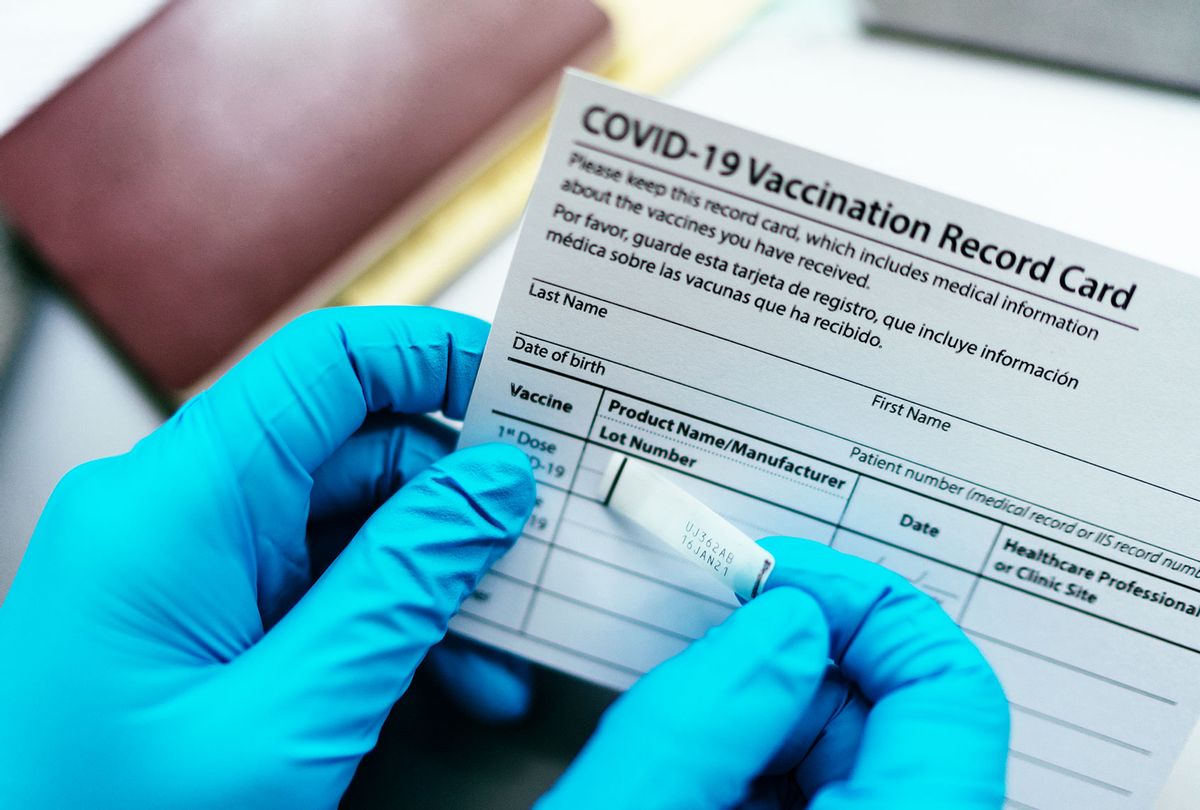 The idea of a "vaccine passport" has been touted repeatedly, by pundits and by government officials, as a means of verifying an individuals' vaccination status. The operative word "passport" is, of course, a metaphor — implying that vaccination verification entitles one to greater freedom of movement, akin to a real passport affording freedom of travel.

Thus, it was curious when California Democratic Governor Gavin Newsom announced last week that a new vaccine verification system was to be rolled out in the state. At the press conference, Newsom emphasized it is not a "passport."

Officially called the Digital COVID-19 Vaccine Record, public health officials said that Californians can register for this verification through the California Department of Public Health's (CDPH) website. The intended use is for people to have an online version of the vaccine card they received upon getting inoculated against COVID-19, which includes a scannable QR code.

California isn't the only state implementing processes to digitally verify peoples' vaccinations as states open up. New York recently introduced the Excelsior Pass; residents are already showing it at venues like comedy clubs, restaurants and bars upon entry. In May, Hawaii announced that it would be using a "digital health pass" known as CommonPass for travelers to either present either a negative COVID-19 test or proof of vaccination to bypass quarantine.

The lack of a federal system for vaccination status tracking has resulted in states taking the lead, yet with different individuated systems. That may create headaches for everyday Americans who move between states post-vaccination, or live in one state and work or travel to another.

In California at least, the digital vaccination record was created as a means to ostensibly reduce the headache of having to carry around an easy-to-lose paper.

The California Department of Health again emphasizes that this digital certificate is not a "passport" but merely a digitized vaccine record. Yet it is up to the businesses of California to decide if patrons need to show proof of vaccination upon entry. In that case, patrons have the option to use their digital vaccine card instead of their paper one.

The CDPH states all information provided will be kept private.

"Filling out the form on the portal does not provide instant access to your vaccine record," the website states. "The link to the vaccine record requires a PIN that you create and is sent only to the mobile phone or email that is associated with your immunization record; only you can decide how and if you want to share your record with others."

Not all state leaders are digitizing their vaccine records — and some are downright hostile to the prospect.

Utah Gov. Spencer Cox signed a law banning the state government from requiring vaccine passports, too. States like Arizona, Florida and Texas, have issued executive orders stating that no business can demand to see if a customer has been vaccinated or not.

Meanwhile, other countries have their own assorted takes on the concept of a vaccine "passport." In Israel, where half the population is fully vaccinated, citizens must show an electronic "Green Pass" to access wedding halls, dine indoors, go to the gym, and attend a concert. Starting July 1, the European Union will be moving forward with an electronic vaccine certification process, which will be determined by each country, in hopes of starting up summer travel again. Britain is testing a COVID-19 vaccine certificate system as well.

As the New York Times reported, one of the biggest concerns for a vaccine passport is privacy.

"There are a whole lot of valid concerns about how privacy and technology would work with these systems, especially as Silicon Valley does not have a great history delivering technologies that are privacy enhancing," Brian Behlendorf, executive director of Linux Foundation Public Health told the New York Times. "And the concept of privacy here is complicated because you are ultimately trying to prove to somebody that you received something; You aren't keeping a secret, so the challenge is to present and prove something without creating a chain of traceability forever that might be used."

Others are worried it could exclude communities who don't have smartphones or access to the internet.

"Any solutions in this area should be simple, free, open source, accessible to people both digitally and on paper, and designed from the start to protect people's privacy," Jeff Zients, the White House coronavirus coordinator, said in a statement via the New York Times.

The Biden administration has previously acknowledged that there is demand for secure documentation that allows individuals to provide proof of their vaccination status, but has said the federal government won't be the one to provide it — hence, why states are taking matters into their own hands.