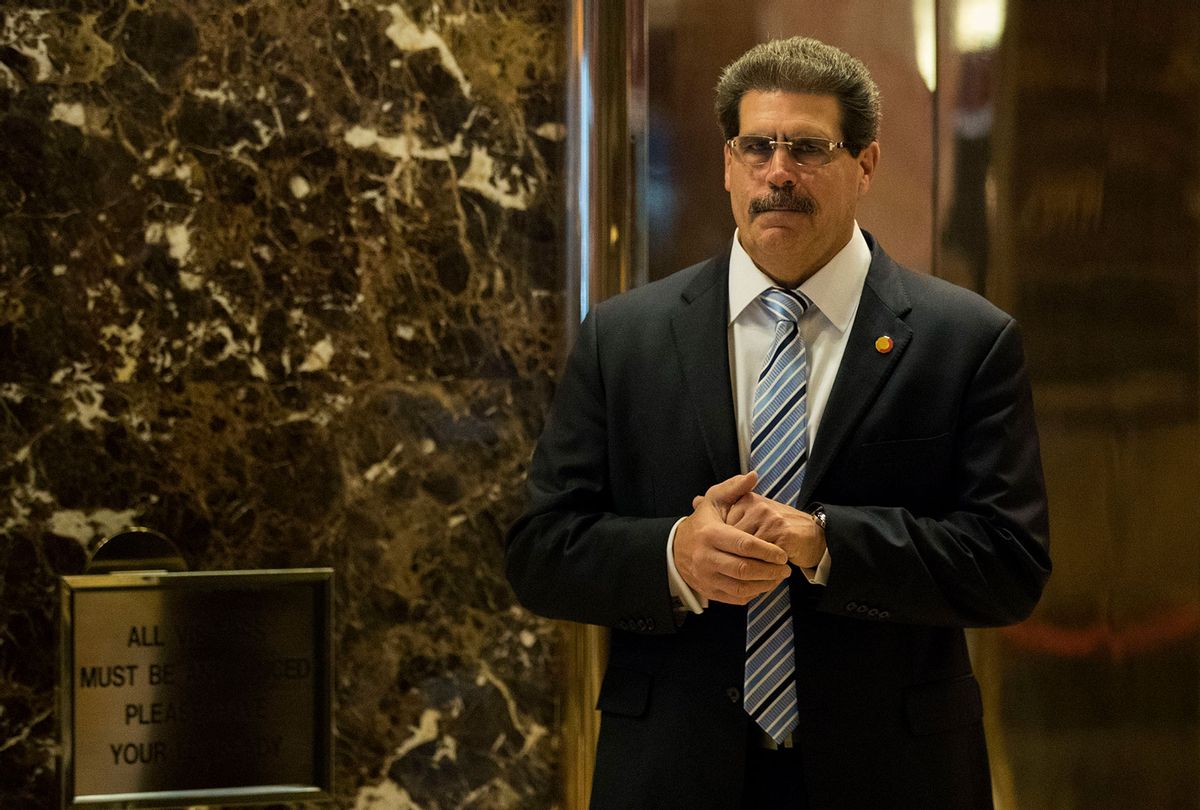 New York prosecutors are probing whether a former bodyguard of Donald Trump's benefited from tax-free corporate benefits as part of the city's broader investigation into whether the Trump Organization skirted its tax obligations.

According to The Wall Street Journal, which interviewed several unnamed sources, the inquiry is centered on Matthew Calamari, who started working for Trump back in 1981 and now holds a position as a top executive at the Trump Organization.

In his 2004 book "Trump: How to Get Rich," the former president claimed that Calamari, then his bodyguard, "had a lot more to offer than his job title warranted." Calamari would be promoted to Chief Operating Officer years later.

Calamari reportedly lives in an apartment at Trump Park Avenue and drives a Mercedes leased through the Trump Organization. His son, Matthew Calamari, Jr., currently resides in another Trump-affiliated luxury apartment called Trump Parc East, where his rent is subsidized by the Trump Organization. The young Calamari graduated from college in 2011 and was promoted to corporate director of security six years later.

Back in 2019, Trump's former personal attorney, Michael Cohen, testified in a House Oversight and Reform Committee hearing that the elder Calamari knew information that would corroborate allegations that the former president deliberately overstated the value of his real estate assets for insurance reasons, as the Journal noted.

The revelations come amid similar concerns surrounding Allen Weisselberg, the Trump Organization's chief financial officer, who had also fallen within the ambit of the New York probe.

In recent months, Manhattan District Attorney Cyrus Vance, Jr. has put specific focus on Weisselberg for receiving similar tax benefits from the company, including the purchase of various luxury cars as well as thousands of dollars that was used to pay for at least one of his grandchildren's private school education. Several of Weisselberg's school tuition checks, which totaled at least $500,000, were signed by the former president himself. Weisselberg's son, Barry, alleged in a 2018 deposition that he also resides in Trump Parc East, where the company pays for rent on his behalf.

Late last month, Manhattan prosecutors signaled that they were nearing a conclusive indictment by announcing that they were convening a special grand jury.

Trump, for his part, has vehemently denied any alleged financial improprieties and called the probe "the greatest Witch Hunt in American history."

"This is purely political, and an affront to the almost 75 million voters who supported me in the Presidential Election, and it's being driven by highly partisan Democrat prosecutors," he declared.

The special grand jury is set to convene in the coming months.