Here's how to level up the classic soda in super-creative, totally off-the-wall ways 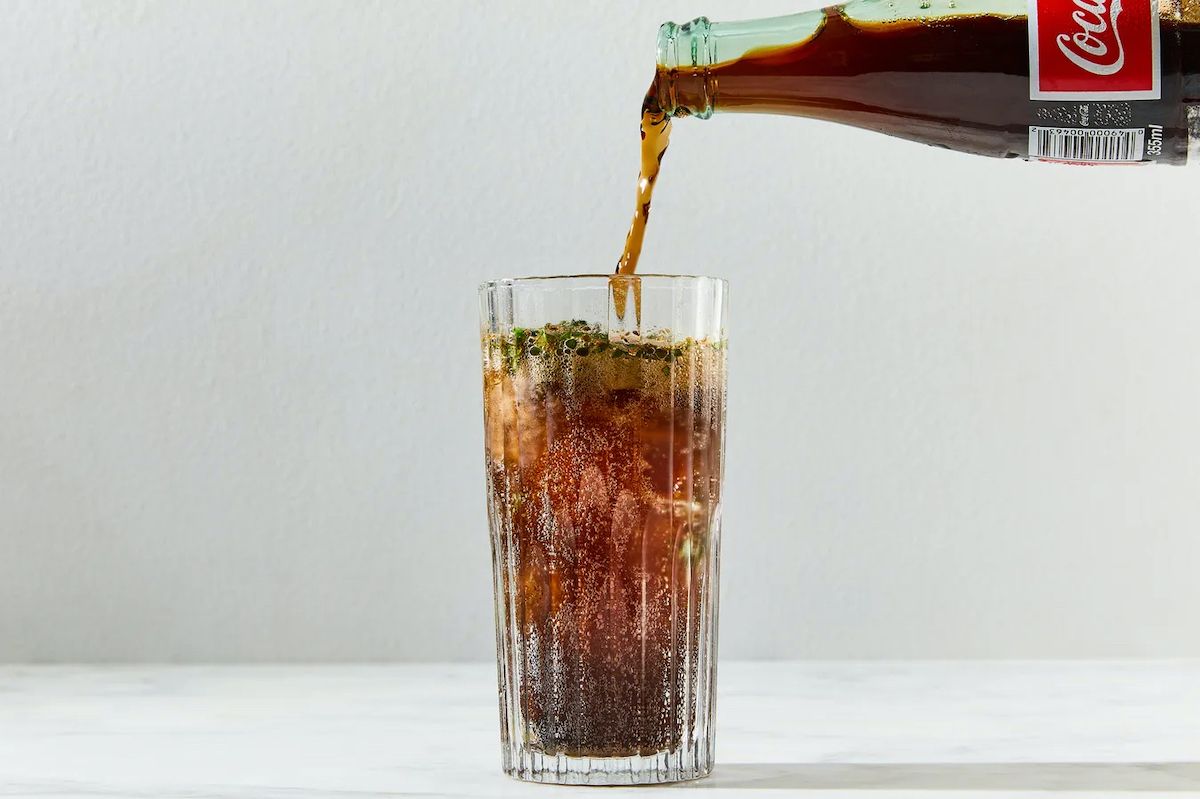 Mix This With That is a new series on Drinks52, where we show you creative ways to level up any sip you please — from Coca-Cola to cold brew and beyond.

This inherent complexity means that Coke plays nice with a surprising set of mix-ins. Here are five different directions that showcase the compatibility of this American classic.

When Raleigh-based chef and restaurant owner Cheetie Kumar was last in India, "all the hip restaurants were serving masala Coke," cola enhanced with cumin, black salt, lime juice, and fresh cilantro and mint. This is a great one for those for whom soda alone is too sweet: cumin and sulphurous black salt bring a savory quality, lime juice adds tartness, and the green herbs give grassy notes. You might not see chopped herbs on top of a soft drink often in the United States, but "yeah . . . Indians don't really mind chewing on bits of things," Kumar says with a chuckle. As the saying goes: Don't knock it till you try it.

2. Make it sweeter and saltier

To save you the shock when you click through to this recipe, this drink contains cola, lemon juice, maple syrup, and soy sauce. Yes, it sounds absolutely bonkers, but these three ingredients turn up the dial on Coke's natural acidity, sweetness, and salinity. Served over crushed ice and topped with a grating of cinnamon, this is a killer pairing for a burger or barbecue.

"In case you were wondering, yes this actually is delicious and it's equal parts Cherry Coke Zero and Ludlow Red," resident drinks expert John deBary shared on his Instagram recently. DeBary is the founder of an alcohol-free botanical beverage line called Proteau, and he considers this mixture of his Ludlow Red — an apéritif made with blackberry juice, fig vinegar, licorice, and dandelion roots with notes of chrysanthemum, black pepper, rose, and hibiscus — a riff on one of Spain's most popular cocktails, the calimocho (sometimes spelled kalimotxo), a mixture of red wine and cola. "The cherry brightens and rounds it out a bit, but regular cola would be great, too," he says. "The spices in the Ludlow Red get picked up by the Coke."

When you really need a decadent treat (or when you have room in your calendar for a sugar buzz followed by a crash-nap) this is the drink to make. For bartender Lainey Collum, it represents the melting pot that is Houston: Vietnamese-style iced coffee inspired the use of sweetened, condensed milk; Mexican café de olla inspired the cinnamon; and, of course, there's good old American cola. The experience of drinking it is just what you might imagine: It's sweet, it's creamy, it's fizzy, it's got depth, and it shouldn't be consumed in multiples. One will do you. (Promise.)

If all else fails, stick to the classic pairing: rum. While the Cuba Libre cocktail features a mixture of rum and Coke brightened with a hit of fresh lime, chief food critic for Eater New York Ryan Sutton prefers his highball sans citrus juice. "Coke is heavily carbonated and therefore has a good amount of acidity to it," he says, "and I find that the lime detracts from the core ingredients." Sutton says yes to the zest, though. "That way, you get those floral notes on the nose, but there's no juice diluting the drink."

As for his go-to rum? Eight-year-old Barbancourt. "It's dark, dry but not bone dry, it doesn't have the super high funk that some of the agricole rums do, and the alcohol lets you know it's there but it won't end your night, so to speak." On the weekends, he might use a Smith & Cross rum, which has "a little more action to it," he says. In general, for Sutton, the rum and cola is an any-season, all-the-time drink: "There's the thread of caramel interweaving between both the rum and the Coke, and so it's a sweet, refreshing beverage that takes the edge off — highly quaffable."