Pelosi announces plan to form a Jan. 6 select committee, blasts Republicans as "afraid of the truth"

The committee will allow Democrats to investigate Donald Trump's, and others', role in the violent attack 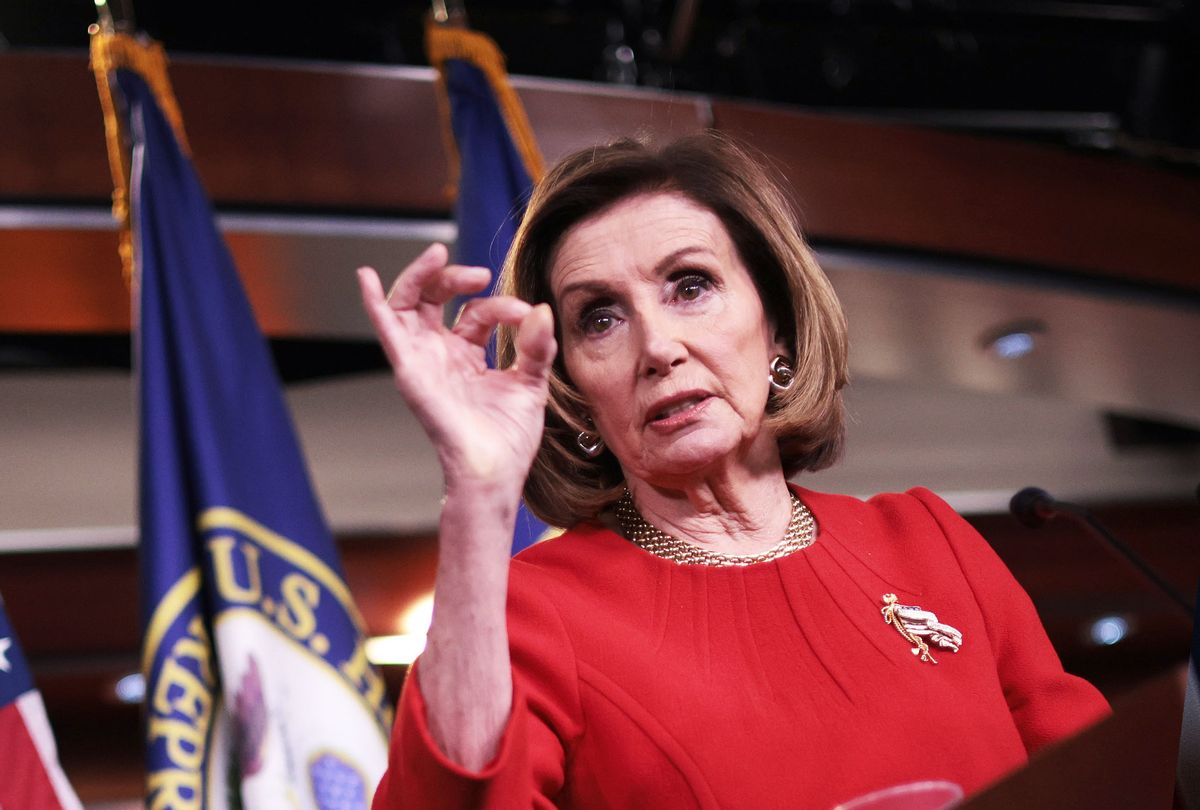 Speaker of the House Nancy Pelosi (D-CA) answers questions during her weekly press conference on May 13, 2021 in Washington, DC. (Win McNamee/Getty Images)
--

Nearly a month after plans to establish an independent commission on the Jan. 6 riots at the U.S. Capitol were scuttled by Senate Republicans, House Speaker Nancy Pelosi announced on Thursday that she will form a House select committee to investigate the attack.

"The select committee will investigate and report on the facts and the causes of the attack and it will report recommendations for the prevention of any future attack," Pelosi said. Subjects of the investigation will include not only the role that white supremacy and anti-Semitism played in inspiring the rioters, but also the security failures that allowed them to breach the Capitol's defenses.

According to CNN, the select committee will likely give House Democrats "unilateral subpoena power," allowing them to probe the role that former President Donald Trump, who has falsely claimed that the 2020 election was fraudulent, played in fomenting the deadly riot. Despite garnering support from 35 House and five Senate Republicans, an independent commission providing both parties equal representation and subpoena power was opposed by House Minority Leader Kevin McCarthy and Senate Minority Leader Mitch McConnell and ultimately fell short of the 60 vote threshold necessary for passage in the Senate. At a press conference announcing the select committee's formation, Pelosi dismissed concerns that the investigation could appear political in nature.

"I do think it would have been preferable to have an outside commission," she said. "I think that has legitimacy in the public mind. But I have no intention of walking away from our responsibility."

Various right-wing figures have attempted to float conspiracy theories regarding the deadly January 6th riot in recent weeks, with Fox News host Tucker Carlson and Republican Representatives Andy Biggs, Matt Gaetz, and Marjorie Taylor Greene erroneously suggesting that it was instigated by FBI operatives. Federal prosecutors have already charged 400 people with participating in the riot, nearly all of whom are pro-Trump activists who sought to prevent the certification of President Joe Biden's victory in the 2020 election.

After delivering the first sentence to a January 6th rioter, U.S. District Judge Royce C. Lamberth criticized these attempts at obfuscation, saying "This was not a peaceful demonstration. This was not an accident that it turned violent; it was intended to halt the very functioning of our government."