"Some people at Fox apparently don't like me, and said bad things about me gutlessly behind my back," Hannity said 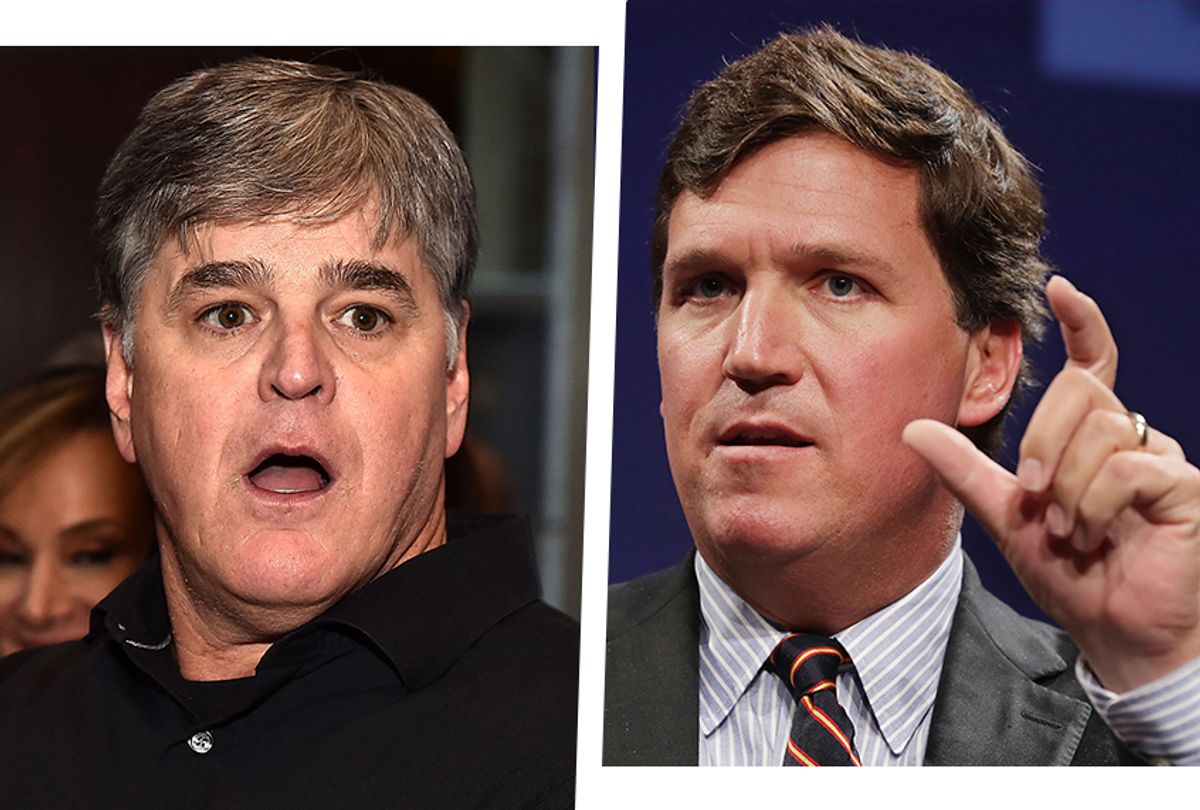 A civil war within the Fox News ranks broke out on Thursday evening, with host Sean Hannity melting down on-camera over reports fellow primetime star Tucker Carlson has spent years dishing to other media outlets about internal goings-on at the network.

The drama started with a muckraking column from New York Times media columnist Ben Smith, outlining the ways Carlson has served as an important source for a wide variety of outlets that he's spent years railing against publicly.

Hannity apparently didn't take too kindly to the activity outlined in the report, and used his considerable bully pulpit to make his feelings known Thursday night by lashing out at everyone involved. The longtime Fox host set aside a good chunk of his show to repeatedly blast the New York Times, and Smith himself, over their alleged failings in reporting on the campaign and presidency of former President Donald Trump.

The longtime Fox staple also made a point to mention a follow-up report from the long-running pop culture newsletter "Pop B****," which wrote that Tucker has been gossiping with reporters specifically about Hannity — with no love lost between the conservative cable network's marquee stars.

"Turns out one of Tucker's favourite topics to chuckle about with his MSM mates is how much of a cringing Trump sycophant Sean is," the outlet wrote. "Have fun in the green room together, chaps!"

Smith retweeted a screenshot of the newsletter, adding an emoji of two eyes — something Hannity mentioned in detail during his rant.

"They're now tweeting out, and using an account on Twitter that's called — their words, not mine — at 'Pop B****'" Hannity said, shrugging theatrically. "You can't make this Adam Schiff up."

Hannity never actually mentioned Carlson by name, but it quickly became apparent who he was talking about.

"Now the big news is that some people at Fox apparently don't like me, and said bad things about me gutlessly behind my back, according to Ben Smith."

He went on to call the behind-the-scenes rift at Fox "a normal day in the world I live in," and further refused to apologize for, well, anything at all.