Lachlan Murdoch, heir apparent to his family's media empire, is staying the course despite fervent criticism 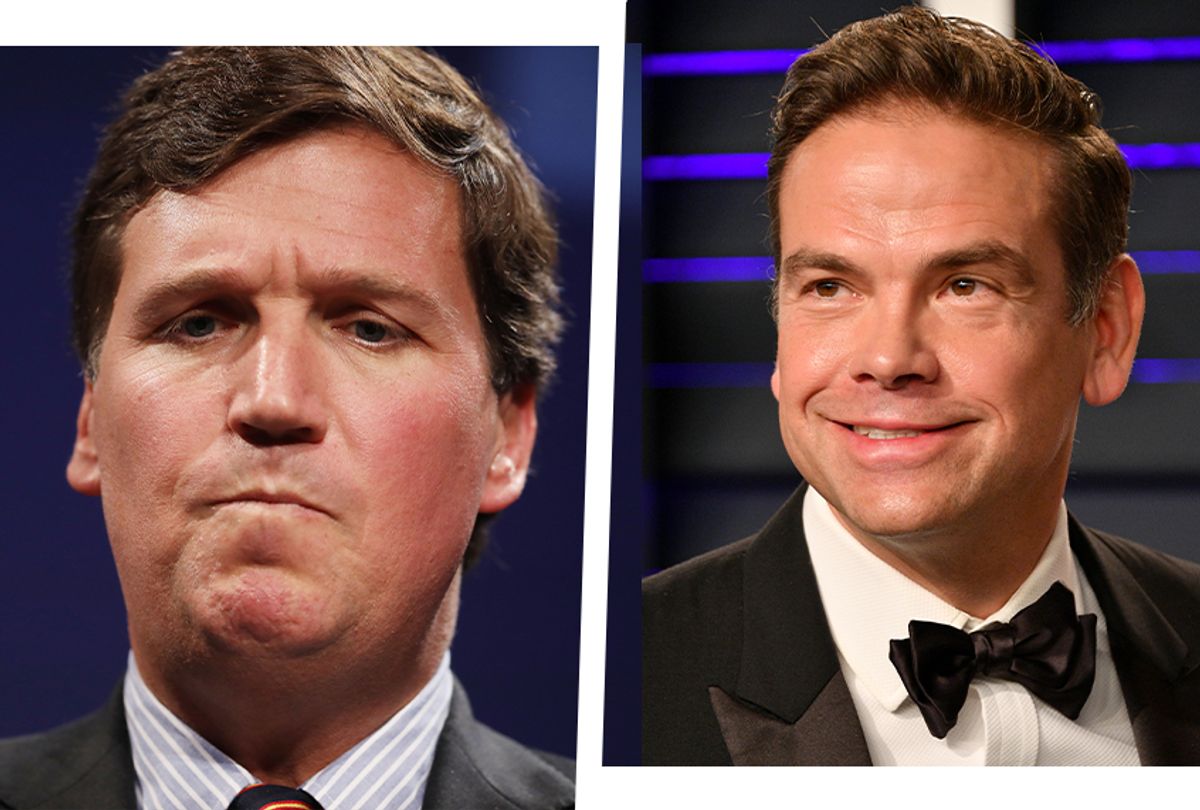 "Obviously our opinion is center-right," Lachlan said at one point of Fox News, his company's profit center. But despite the network's increasingly fevered pitch on controversial culture war issues, he laid the blame for our current age of partisan rancor at the feet of social media companies, which "algorithmically drives people into echo chambers."

"If Facebook or Twitter and others ultimately become a bias filter for the facts that we take as truth in the world," Lachlan said. "I think that's really dangerous and a sort of scary world to live in."

The interview comes following a series of reports from inside the Murdoch's influential media empire that have questioned Lachlan's grip on power at the company. In March, the family's heir apparent relocated to Australia, a move that "intensified the perception that Mr. Murdoch does not have a tight grip on the reins [of Fox]," The New York Times reported last month. Insider cited a source close to the family who attributes a "whisper campaign" intended to raise doubts about Lachlan's aptitude to his younger brother, James Murdoch, who resigned his post as COO of NewsCorp. in 2005 after a public feud with then-Fox CEO Roger Ailes.

It's a storyline seemingly ripped from "Succession," the HBO series widely rumored to be based in part on the Murdoch clan — but Lachlan took the opportunity Wednesday to assure media watchers that he's the one firmly in control. The 49-year-old added that he plans on keeping it that way for "decades to come" — with the obvious bow to his 90-year-old father, who he says is "still going strong and working every day."

Insider even outlined Lachlan's daily schedule, which includes an 8 p.m. bedtime and middle-of-the-night wake up call to facilitate Zoom meetings with the company's U.S. staff.

It's been two (incredibly tumultuous) years since Lachlan took over at Fox, and many of the network's high-profile controversies over this period have stemmed from the contentious and sometimes outright false statements made on "Tucker Carlson Tonight." In July of last year, the show's head writer, Blake Neff, was even forced to resign over a series of racist and sexist comments posted online under a pseudonym. Still, that month Carlson's show broke the record for highest-rated cable news program in history, averaging an audience of 4.33 million viewers daily.

In recent months, a call for advertisers to boycott Fox News over Carlson's remarks has gained steam after the host endorsed the conspiracy that Democrats and U.S. elites are plotting to dilute white Americans' political power through non-white immigration, colloquially known as "replacement theory."

Carlson sought to deflect criticism by referring to it not as a racial issue, but as a "voting rights question." But critics, like Anti-Defamation League CEO Jonathan Greenblatt, called it a prime "example of how hatred is being mainstreamed in America in 2021."

Lachlan told Insider that he believes Carlson's statements reflect what many Americans are quietly thinking, and that he sees the host as "brave" for voicing those views in the face of harsh criticism. And when presented with Carlson's demonstrably false reporting that thousands of Americans have died as a result of COVID-19 vaccines, Lachlan reportedly said it was "nothing the CDC itself isn't saying" — which, of course, is not true.

The elder Murdoch brother pointed to Fox's decision to call the 2020 election for President Joe Biden hours before other outlets as proof that, despite criticism to the contrary, his outlet hews close to the proverbial center. It was especially vindicating, Lachlan said, to see recent criticism from Donald Trump that the network has been "pandering to the left" alongside criticism from liberal pundits that Fox News leaped to the right during the Trump years.

"In a strange way, if you've got the left and the right criticizing you, you're doing something right," he said. "You really are in the middle."