Rev. Ed Litton of Alabama was elected president of the organization on Tuesday, disappointing Trump supporters 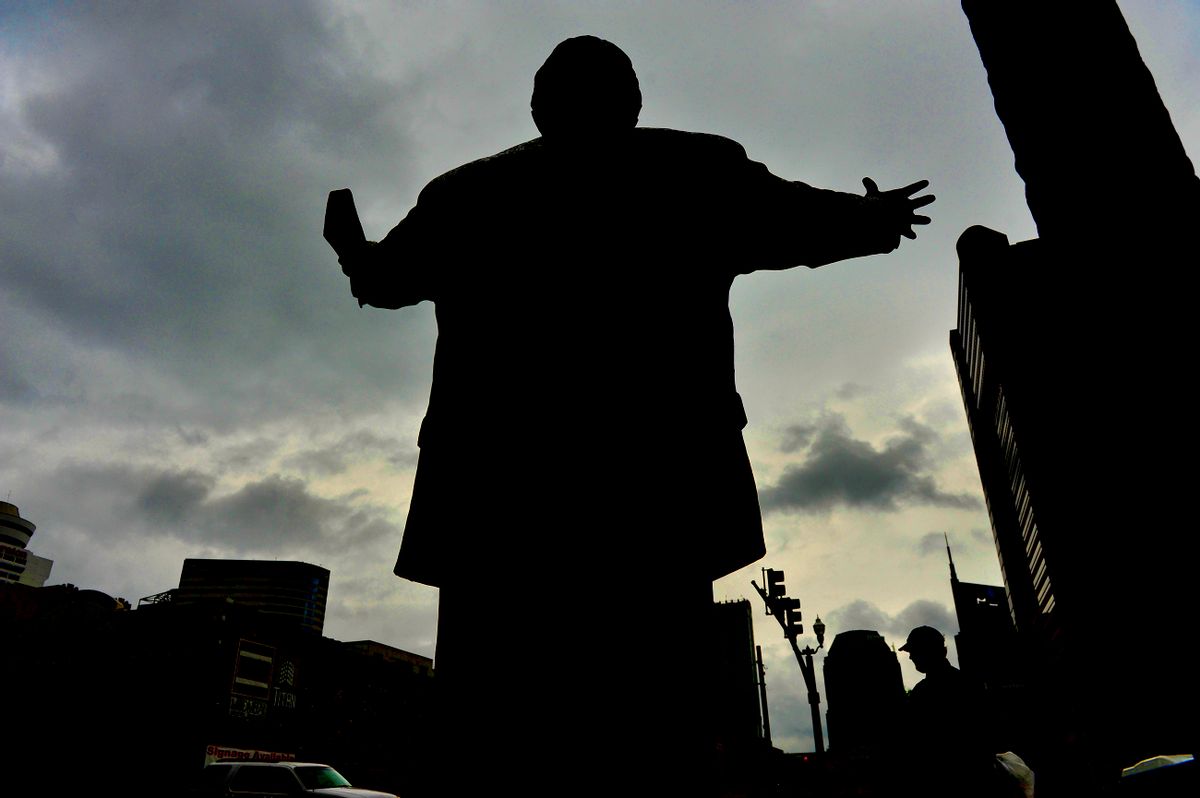 A 7-foot tall statue (with a 17-foot tall cross) of evangelist Billy Graham graces the front entrance to the headquarters of the Southern Baptist Convention in Nashville. (Getty Images)
--

On Tuesday, June 15, some supporters of former President Donald Trump were bitterly disappointed when the Southern Baptist Convention chose the Rev. Ed Litton, an Alabama pastor, as its president and rejected some of the more extreme Trumpians who were competing for the position — including the Rev. Mike Stone, who was supported by the far-right Conservative Baptist Network. Journalist Molly Olmstead analyzes this development in an article published by Slate on June 17. As Olmstead sees it, Litton's narrow victory shows a move away from Trumpism among Baptists.

"The SBC has been going through something like an identity crisis this year," Olmsted explains. "Southern Baptists, like most White evangelicals, voted overwhelmingly for Donald Trump, but in the run-up to the 2020 election, critics began to chafe at the frequently conspiracy theory-laden partisan politics within their churches. After last summer's racial unrest, many of the denomination's Black pastors — actively courted by a Convention uncomfortably aware of its overwhelming whiteness and deeply racist history — began to protest the SBC's unwillingness to recognize the extent of modern-day racism. At the same time, an organized group of Southern Baptists has pushed for a second conservative resurgence to correct what it sees as a loosening of the core Southern Baptist identity."

Baptists who believe that the Southern Baptist Convention should be MAGA through and through favored Stone, a Georgia-based pastor. But 52% of the vote went to Litton, who is White and politically conservative but believes that Baptists should have at least have a conversation about race. The Trumpians at the 2021 Southern Baptist Convention were pushing for things like an official position against critical race theory, which has become a boogieman in right-wing media. Critical race theory is a field of study that examines the history of racism in the U.S. and the ways in which racism of the past has an effect on institutions of the present.

"Critical race theory has been a contentious topic within the SBC for months longer than its more recent turn in the media spotlight," Olmstead observes. "When Donald Trump was nearing the end of his presidency this fall, he launched a sudden attack on the teaching of critical race theory, an academic approach to analyzing the systems that have created and perpetuated racial inequality. As the anti-CRT sentiments quietly percolated in certain circles thanks to the president's comments, the conservatives of the SBC seized on the issue."

Although many Baptists identify with the far-right White evangelical movement, some African-American Baptists are outspoken supporters of liberal and progressive causes — the Rev. Al Sharpton and the Rev. Jesse Jackson, for example. The far-right Rev. Jerry Falwell, Sr., the late founder of the Moral Majority and a one-time segregationist and supporter of Jim Crow laws, was a Baptist — but so was Dr. Martin Luther, King, Jr., a civil rights icon. There were heated debates among Baptists during the 1950s and 1960s, and there are still heated debates among Baptists in 2021.

Olmstead notes, "In November, well ahead of the Republican Party's current uproar over CRT, the seminary presidents put out a joint statement calling the framework 'incompatible' with the Baptist Faith and Message, the SBC's central doctrinal statement. Critical race theory, they argued, was counter to their faith because the Bible, which evangelicals view as the literal and unerring word of God, should be the only tool for addressing the evils of the world. These comments essentially reversed a previous position the SBC had taken back in 2019, when the convention passed a resolution allowing critical race theory and intersectionality to be used as analytical tools as long as they were second to scripture."

And in 2021, Olmstead adds, "most observers came out of the meeting with a sense that the delegates had put the brakes on the convention's careening path toward the right."