The speech was short on facts but long on rage 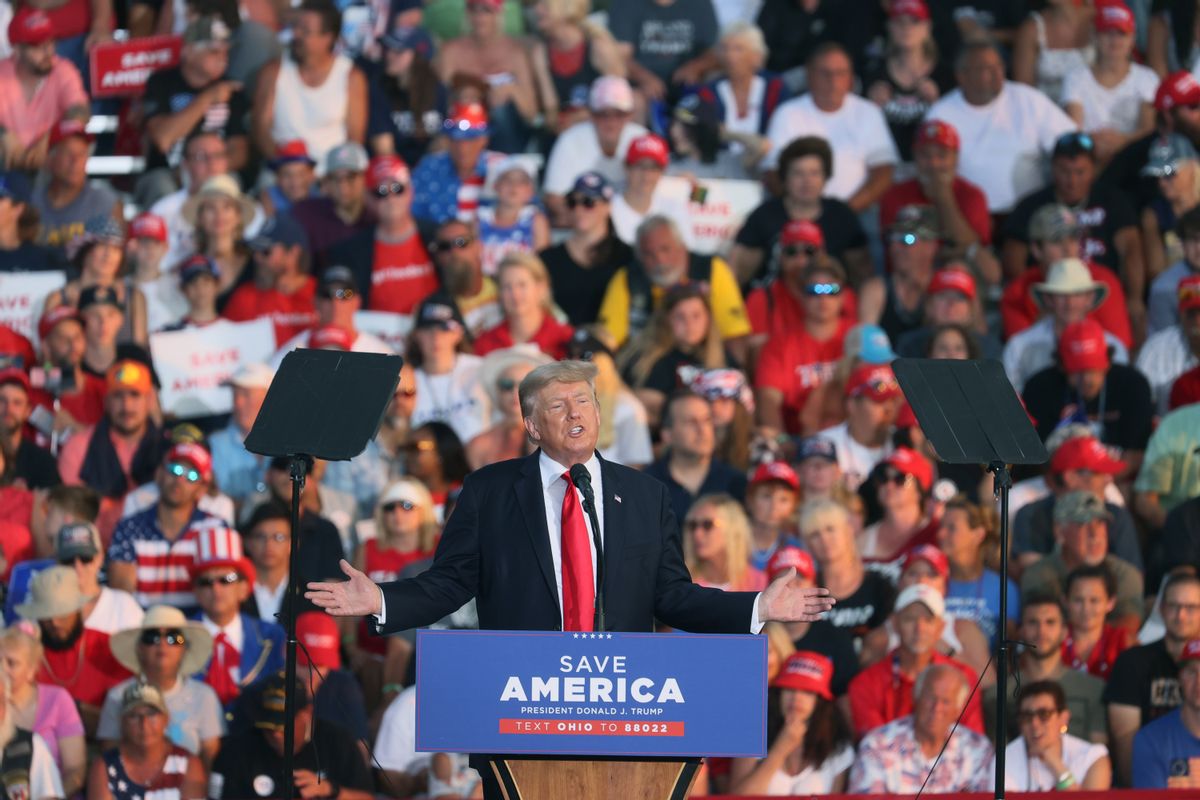 Former US President Donald Trump speaks to supporters during a rally at the Lorain County Fairgrounds on June 26, 2021 in Wellington, Ohio. (Getty Images)
--

Donald Trump had a public therapy session disguised as a campaign rally on Saturday night.

The former leader of the free world listed his numerous grievances, pushed ridiculous conspiracy theories, lied about his record in office, and complained about his perceived enemies during a long-winded speech in Ohio.

Trump painted a dystopian picture of Joe Biden's administration, which he argued is destroying America.

Trump's speech was loaded with red meat for his base, but short on facts.

"Didn't they send out 38 million ballots in California?" Trump asked, even though the actual number was 21 million, but he suggested a true counting of the blue state might show that he won.

Trump repeated his debunked delusions about the 2020 election, which he complained that he had been winning before all the votes were counted.

The former reality TV star even accused President Biden of violating his oath of office.

Trump whined about "woke generals" in the armed forces, saying he prefers "real generals." In fact, he even complained about his own staff.

"We had great people working for me, and we had some real losers too," Trump admitted.

Trump supporters chanted "CNN sucks" as he complained about the press.

And Trump said China owes America "trillions and trillions" of dollars in "reparations" and he falsely claimed that Lafayette Square was not cleared for his photo-op.

Trump also went on a bizarre rant imaging what Hillary Clinton might be thinking if she were ignorant enough to believe his "Big Lie" about election fraud.

The former commander-in-chief also lashed out at the Pentagon.

"The military brass have become weak and ineffective leaders and our enemies are watching and they're laughing," he charged.

Many of Trump's comments were indecipherable for those who are deeply plugged into right-wing media, but Trump assumed his supporters were up-to-date on Fox News conspiracy theories.

Through it all, Trump kept returning to his lies about the 2020 election, which was decisively won by Joe Biden. But Trump just keep pushing the "Big Lie"

"If you win Ohio and if you Florida, you win," Trump argued, despite the two states only having 47 Electoral Votes combined, while 270 are needed to win.

Here is some of what people were saying about Trump's speech, which lasted more than 90 minutes: