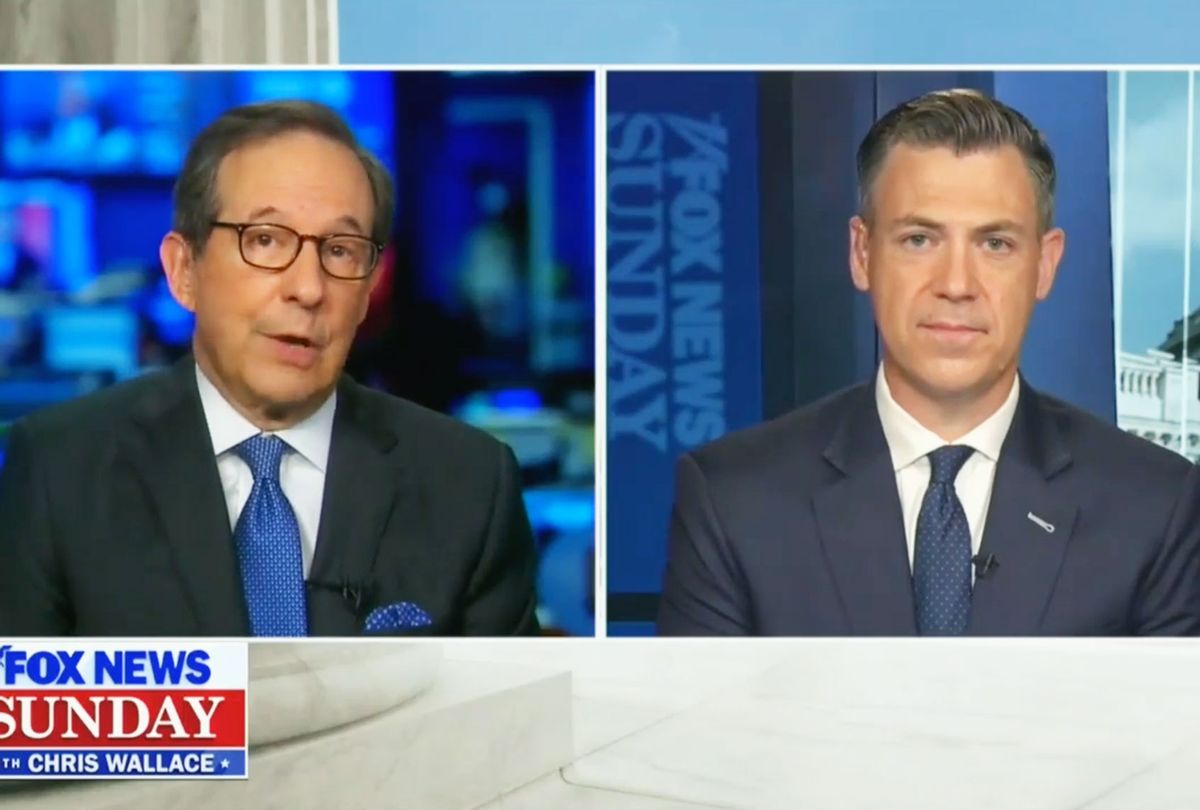 Fox News host Chris Wallace tore into Rep. Jim Banks, R-Ind., after the lawmaker accused the Democrats of encouraging crime with anti-police rhetoric, pointing out that it was in fact Banks and other Republicans who voted to defund police voting down the American Rescue Plan.

The heated exchange took place during a Sunday morning interview, where Banks alleged that President Biden is currently being "held hostage" by "the Squad," who have apparently turned the president against the police. The Indiana lawmaker also claimed that Democrats have "spent the last year stigmatizing one of the most honorable professions in America."

Last week, Banks went further, arguing in a Fox News op-ed that the Democrats aided in the "dehumanization of law-enforcement," alleging that there is "overwhelming evidence connecting the rise in murders to the violent riots last summer and the Defund the Police movement."

Wallace stopped Banks' tirade in its tracks, noting that President Biden last week appeared to contradict Banks' claim by urging states throughout the nation to divert COVID relief funds to their local police departments in advance of an upcoming crime wave.

"Congressman Banks," the Fox host explained, "you voted against that package, against the $350 billion, just like every other Republican in the House and Senate. So can't you make the argument that it's you and the Republicans who are defunding the police?"

"Not at all," Banks responded, retreating back to an earlier point about the Squad's rhetoric – but Wallace cut him off.

"Respectfully, I heard you make that point," Wallace said, "but I'm asking you — there's $350 billion in this package the president says can be used for policing."

Banks later responded: "What I'm saying is if we are serious about reducing violent crime in America, then Joe Biden will go on a national public relations campaign to admonish the radical voices in the Democrat party that stigmatize police officers and law enforcement."

Despite Banks' claims, Biden displayed significant resistance toward more progressive demands with respect to policing. Last year, during the unrest following the murder of George Floyd, President Biden definitively declared that he does not support defunding the police. The president also condemned cases of violent protest last summer.

Last August, during the Democratic National Convention's opening night, Biden argued that "most cops are good, but the fact is, the bad ones need to be identified and prosecuted."

As a senator back in the 90s, Biden helped craft the Violent Crime Control and Law Enforcement Act – one of the largest pieces of crime legislation in U.S. history – which expanded America's police force by 100,000 and provided prisons $9.7 billion in federal funding. The bill's provisions were, as the Washington Post noted, largely shaped by the president's decades-long relationships with law enforcement groups throughout the nation.