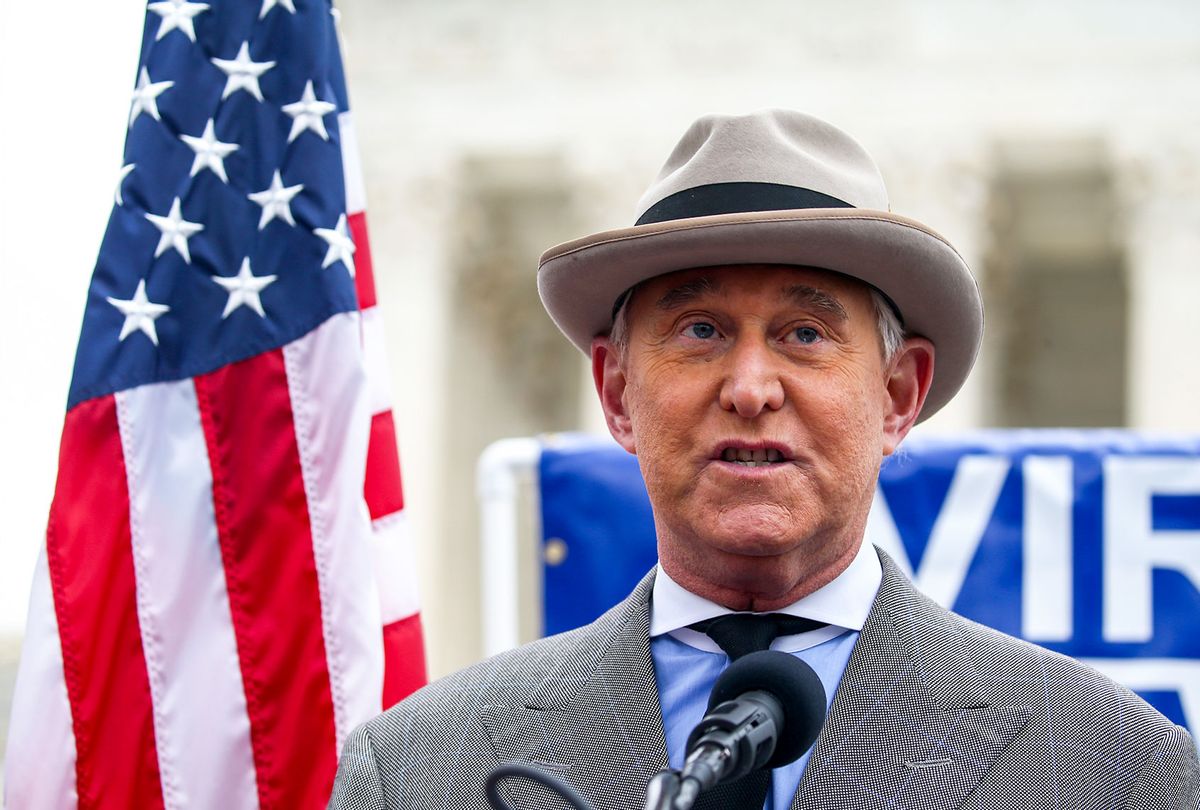 Veteran Republican operative Roger Stone, with his longtime ally Donald Trump (or at least his company) facing possible criminal indictment in New York, has a message for the former president: Ditch his "weak-kneed" lawyers and hire one tough attorney to fight the potential charges.

Stone offered Trump his advice in a Sunday afternoon appearance on far-right conspiracy theorist Alex Jones' "Infowars" program. Speaking about the charges reportedly being drawn up by Manhattan District Attorney Cyrus Vance Jr. against the Trump Organization — and perhaps the former president himself — Stone urged Trump to "select one attorney" to handle his legal matters.

Stone said he thinks Trump "needs to be very wary of this" potential indictment. "If I were him, I would not be confident about the lawyers who handled his impeachment. That fellow Bruce Castor was an embarrassment. So, I think it's vitally important that the president select one attorney who is not Eric Herschmann, who is not [former White House counsel Pat] Cipollone, these two guys who sold him out repeatedly."

"I have urged the president to jettison the weak-kneed lawyers he surrounded himself with in 2 impeachments and during the Mueller investigation," he added on the far-right platform Gab. "The president needs a strong, courageous lawyer who has unity of command."

The self-described "dirty trickster" didn't respond to Salon's request for comment on Monday.

In late May, Stone predicted that a criminal indictment of Trump or his business stemming from "fabricated" bank fraud charges was in the pipeline.

"I would be shocked if they did not come forward with a fabricated indictment for bank fraud or tax fraud against the former president [Donald Trump] by Manhattan District Attorney Cyrus Vance Jr.," Stone said.

Stone's advice to Trump comes as The Washington Post reported Sunday evening that Trump Organization lawyers face a Monday deadline to convince New York prosecutors not to file charges against the family-owned company that boasts a portfolio of luxury properties. "That deadline is a strong signal that Manhattan District Attorney Cyrus R. Vance Jr. (D) and New York Attorney General Letitia James (D) — now working together, after each has spent more than two years investigating Trump's business — are considering criminal charges against the company as an entity," The Post reported.