Michael Cohen on Trump legal drama: "They have documents to prove more than you know" 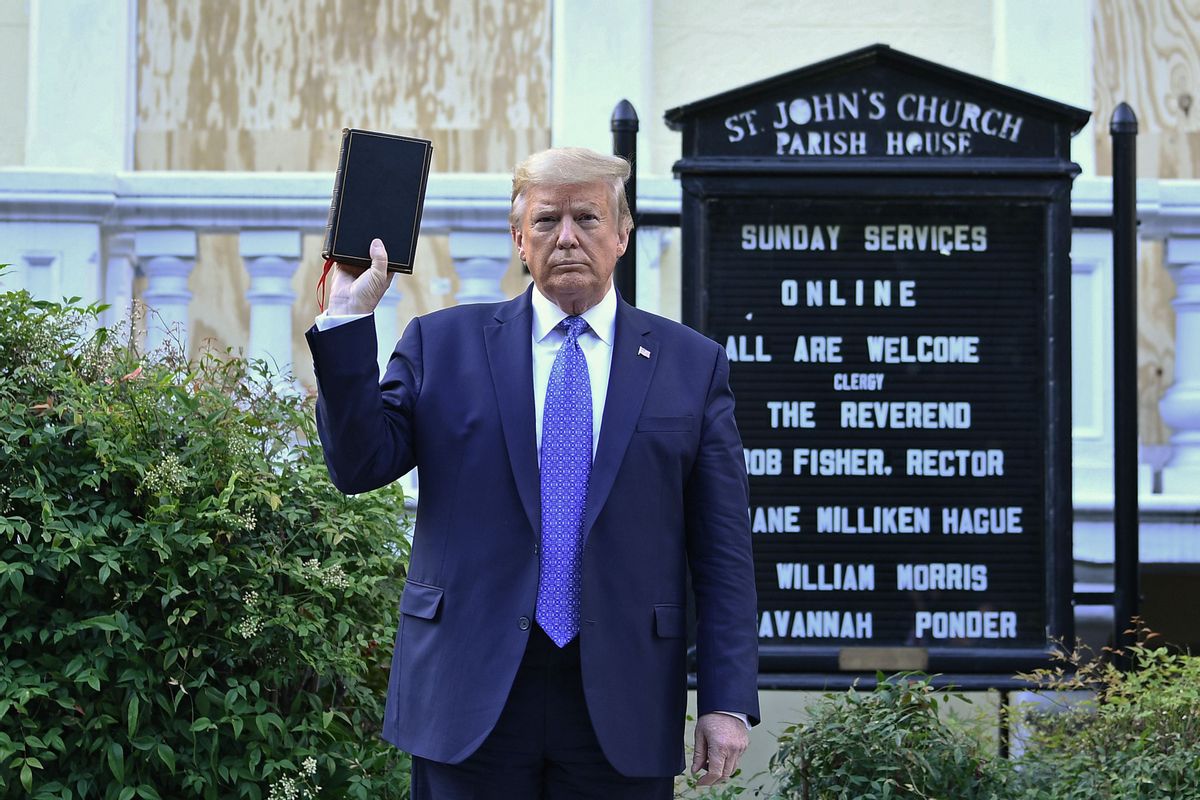 US President Donald Trump holds up a Bible outside of St John's Episcopal church across Lafayette Park in Washington, DC on June 1, 2020. (Getty Images)
--

According to former Trump lawyer Michael Cohen, a top executive at the Trump Organization is not a necessary component in the potential legal prosecution of the ex-president.

New York prosecutors are reportedly considering criminal charges against Allen Weisselberg, the longtime chief financial officer for the Trump Organization. Legal observers have noted that Donald Trump himself could face repercussions if Weisselberg decides to cooperate with the Manhattan district attorney's investigation of the Trump Organization.

Daniel Goldman, a former assistant U.S. attorney in the Southern District of New York who served as the lead counsel for House Democrats in the first Trump impeachment trial, predicted on Twitter that "if Allen Weisselberg does not cooperate with the Manhattan DA's office — and all indications are that he has not and will not — that office will not be able to criminally charge Donald Trump for any of the conduct under investigation."

"Wrong!" Cohen wrote in response. "They have documents to prove more than you know or should be commenting on. Weisselberg is not the key to a Trump indictment."

Cohen has met with top officials from the Manhattan District Attorney's office several times this year.