Michael Cohen says Trump's time is up: "There's no way anybody's getting out of it" 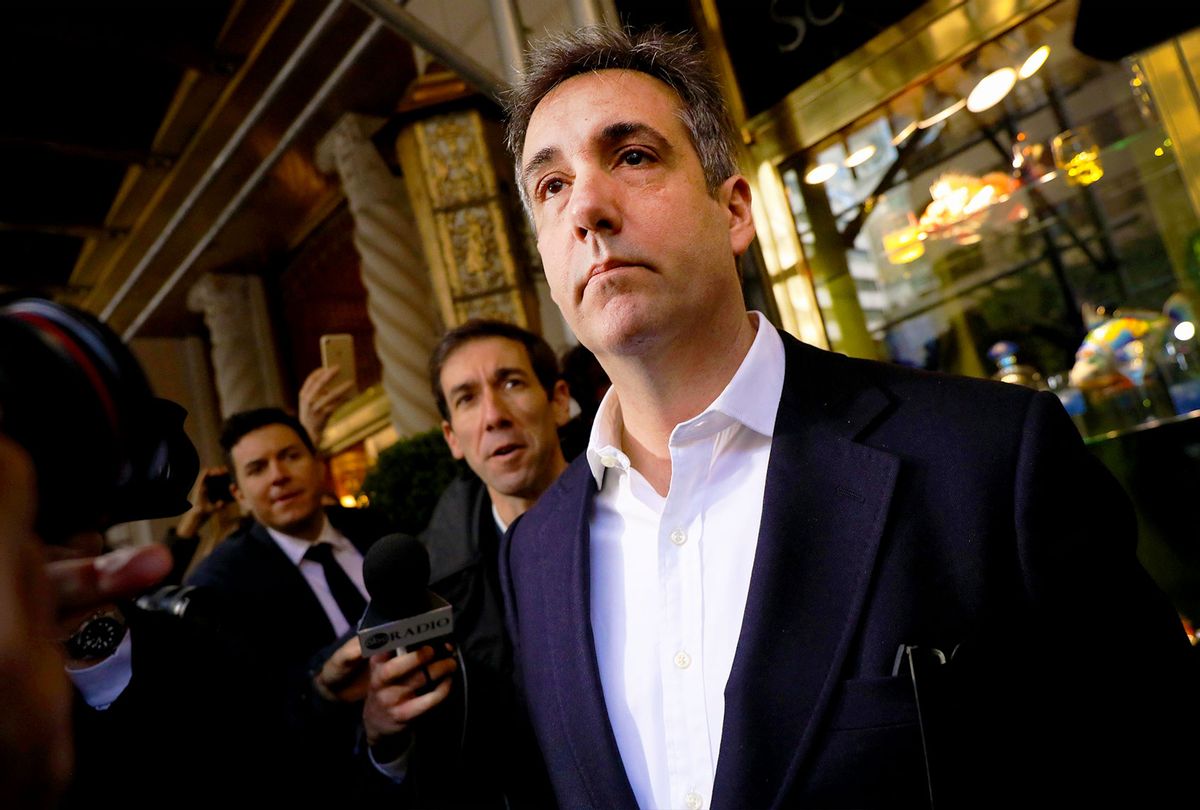 Michael Cohen, the former personal attorney to President Donald Trump, departs his Manhattan apartment for prison on May 06, 2019 in New York City. Cohen is due to report to a federal prison in Otisville, New York, where he will begin serving a three-year sentence for campaign finance violations, tax evasion and other crimes. (Spencer Platt/Getty Images)
--

Michael Cohen said Thursday that all roads lead to former President Donald Trump, at least as far as the indictments handed down against his family business are concerned.

Cohen, Trump's former personal attorney, reacted on CNN to Trump Organization CFO Allen Weisselberg being placed in cuffs and charged with grand larceny, among an assortment of other crimes on Thursday, marking it as a signal the walls are closing in on the former commander-in-chief.

Both Weisselberg and the Trump Organization were charged in New York State Supreme Court for their role in a 15-year-long tax avoidance scheme, which allegedly used off-the-books benefits for top executives in order to evade payroll taxes.

Cohen began the interview by claiming the documents prosecutors have obtained link Trump to nearly every business decision made with the organization that bears his name.

"There are a multitude of documents that are in the possession of prosecutors that tie Donald Trump to everything because everything went through Donald," Cohen told CNN host Alisyn Camerota. "I don't know how many more times I could possibly say the same thing, you know, every single thing, whether it was the acquisition of paperclips, light bulbs, furniture, mattresses, you name it, Allen Weisselberg's kids' payments, rents, everything would have a Donald [Trump] signature on it or his initial."

Cohen also corroborated that it was a widespread occurrence at the Trump Organization for employees to receive off-the-books benefits to dodge federal taxes.

"There are other people at the Trump Organization who additionally received these same sort of perk-benefits that Allen Weisselberg did, including the chief foreign operating officer Matthew Calamari. There are so many people that received these types of benefits," he said. "The question is, how did they treat it on their taxes? And why and how is it that it was done and booked by the Trump Organization?"

The former Trump lawyer continued to blast the former president, saying that Trump will toss others under the bus and claim it was "everyone else's fault" before ever admitting to any wrongdoing.

"Do you think there is not going to be other people to step up to the plate and provide all of the additional testimony that corroborates the documentary evidence that they already have?" Cohen asked.

"Well, you know the expression, the cat has nine lives. I think [Trump's] nine lives have expired because the documentary evidence that's in the hands of the prosecutors is so significant and so spot-on that there's no way anybody's getting out of it."

"Again, neither Allen Weisselberg or Calamari or anybody are the keystones here, because the documents speak for themselves, and there are more than enough people that are capable in testifying to what went on," the former Trump lawyer concluded.