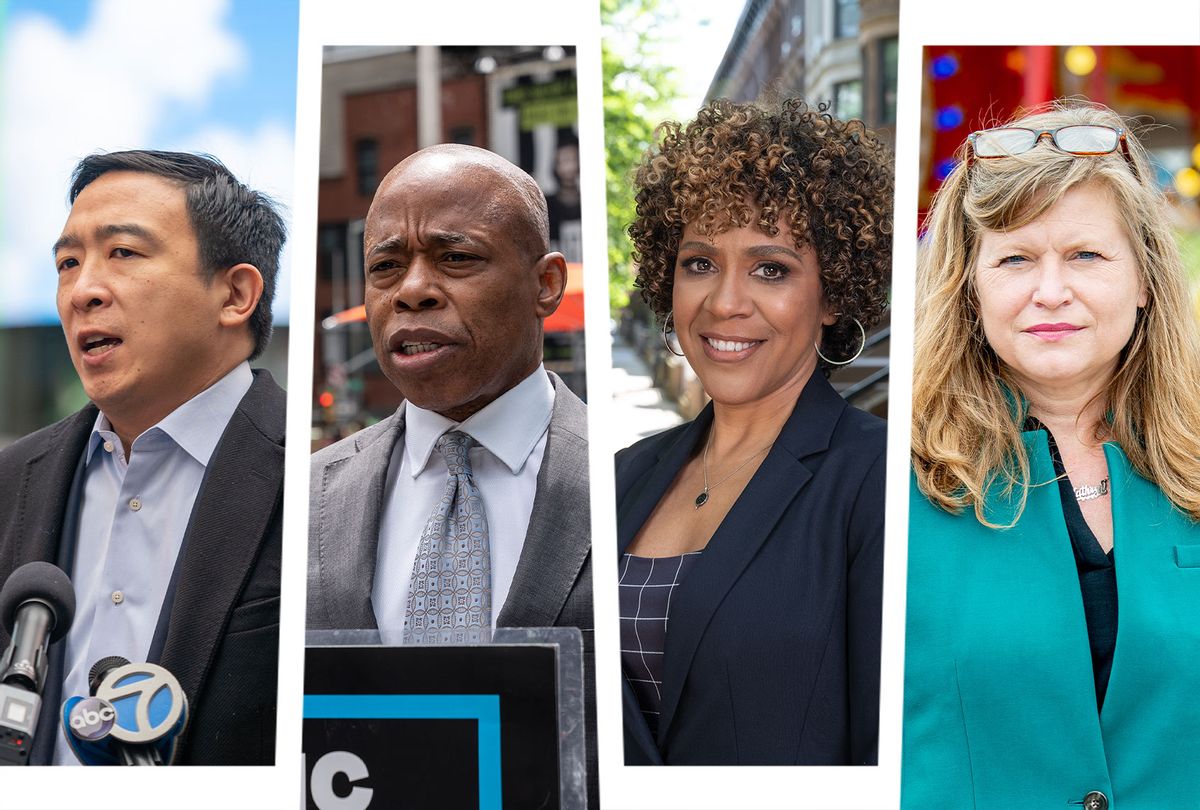 New York City's Democratic mayoral primary — which was already unlikely to be resolved for weeks —moved from chaotic to disastrous on Tuesday when the city's Board of Elections released early results that mistakenly included 135,000 test ballots in the ranked-choice tally. But while some conservatives used the incident to malign the new ranked-choice system, it's the notoriously inept partisan BOE that shoulders the blame for the fiasco.

Tuesday marked the first time the city counted its ranked-choice selections, which allow voters to rank up to five candidates in order of preference. The preliminary results released by the BOE showed Brooklyn Borough President Eric Adams' lead shrink from double digits on election night to just a two-point lead over former sanitation chief Kathryn Garcia as lower-place finishers were eliminated and the next choices were reallocated. Progressive lawyer and activist Maya Wiley is just behind Garcia, and still has a chance if she does well among outstanding absentee votes. The winner will certainly be one of those three; former presidential candidate Andrew Yang, City Comptroller Scott Stringer and activist Dianne Morales have been eliminated.

But after those results were released, Adams' campaign cried foul over some 135,000 votes that had been inexplicably added to the election night total. The BOE was soon forced to admit it had screwed up.

In an explanation posted on Twitter, the board explained that it failed to remove sample ballot images used to test the ranked-choice voting software and the program counted "both test and election night results, producing approximately 135,000 additional records." Updated results with the test ballots removed were posted Wednesday night, which to election officials' immense relief showed no significant changes from Tuesday's data. Still, the PR damage had clearly been done.

"Let us be clear: RCV was not the problem, rather a human error that could have been avoided," the BOE said in a statement. "We have implemented another layer of review and quality control before publishing information going forward. We can say with certainty that the election night vote counts were and are accurate and the RCV data put out today is correct as well."

"Ranked-choice voting is a corrupt scam," Sen. Tom Cotton, R-Ark., said on Twitter, baselessly claiming that it is "ripe for fraud."

Rep. Claudia Tenney, R-N.Y., claimed, also without evidence, that "ranked choice voting disenfranchises voters." (Arguably it does exactly the opposite.) Right-wing pundit Erick Erickson said he hopes the New York election "kills off national demand for ranked choice voting." Conservative author Rich Lowry said the "ridiculously complex, drawn-out system of vote-counting is a terrible way to determine a major election and should be scrapped as soon as possible."

It wasn't just conservatives sounding a death knell for RCV. Rachel Bitecofer, the political scientist who runs the anti-GOP Strike PAC, said that the "RCV fiasco in NYC" should indicate to voting reformers that it is "not the end-all, be-all reform option."

But New York's delays in ballot counting are the result of extended absentee ballot deadlines, and have nothing to do with the ranked-choice system itself. And the system is hardly complex, Rob Richie, the CEO of Fair Vote, which advocates for ranked-choice voting, told Salon. When human error doesn't intervene, as it did in New York, RCV software can tabulate the results with just the press of a button. And the error that caused the issue is in no way unique to ranked-choice systems.

"This particular problem of not clearing the cache effectively could happen and actually does happen with plurality contests too," he said. Concerns about voter disenfranchisement, turnout or ballot exhaustion, documented previously by Salon, certainly played a role. "The biggest sort of challenge is correctable," Richie said. "They can be more transparent in their planning and more consultative."

In fact, ranked-choice software veterans who offered to help with New York's election count say they were ignored by the BOE. The "most troubling" aspect, Richie said, is that they specifically offered to address running voting tallies and to create redundancy, in order to make sure that exactly what happened would not happen.

There were certainly doubts about introducing a complex and unfamiliar voting system in a large city, but voters passed an ordinance to implement ranked-choice in the first place, and overwhelmingly seem to favor it. More than 75% of the city's voters said they want to use ranked-choice voting in future elections, according to a poll released this week.

Other New York lawmakers pointed to the makeup of the BOE as the real cause for outrage. The board's "failures stem from corrupt political party leaders who make their incompetent pals election officials," tweeted state Sen. Alessandra Biaggi, criticizing officials for "gaslighting" New Yorkers by blaming ranked-choice voting for the BOE's failures.

Last year the city's BOE failed to mail out many absentee ballots until the day before the 2020 primary, threw out about 20% of absentee primary ballots, and sent nearly 100,000 defective absentee ballots in the general election.

The main issue is likely the basic structure of New York's election system. It is the only state with local election boards whose workers are entirely selected by Democratic and Republican Party bosses in the district. As a result, many appointees are inexperienced and have few qualifications beyond their ties to party leaders. The official who oversees voter registration in the city is the 80-year-old mother of a former congressman, The New York Times reported in an investigation last year. The director of Election Day operations is a close friend of the chairwoman of the Manhattan Republican Party. Other top officials include the children and spouses of current and former lawmakers.

"The agency has a culture where ineptitude is common and accountability is rare," the Times reported. "Some staffers read or watch Netflix at the office, the employees said. Others regularly fail to show up for work, with no fear of discipline. Several employees said some staffers punch in and then leave to go shopping or to the gym."

After Tuesday's blunder, The Times' editorial board said the ballot mess should be the "last straw" for the "incompetence" at the BOE.

"Some have jumped to blame the new voting method for Tuesday's mess, but the real culprit is the same old one: a decrepit, self-dealing political machine that refuses to release its stranglehold on the city's elections," the board said, adding that a "functioning board would have eased voters' concerns about the new system; this one exacerbated them, and the damage could take years to repair."

Richie told Salon he also hopes that the screw-up will inspire "institutional changes," which New York lawmakers and activists have demanded for decades.

Richie added that he isn't worried that criticism of the city's botched entry into ranked-choice voting will undermine efforts to expand RCV to other parts of the country. San Francisco also experienced growing pains when it rolled out RCV in 2004, but it has been a core component of the city's elections ever since. Maine adopted ranked-choice voting statewide in 2018 and more than 50 cities across the country will use the system in their next elections. Even some conservatives have come around, Richie said, noting that the Virginia Republican Party used ranked-choice voting for its gubernatorial primary this year and "are quite pleased with how it went."

The backlash over this week's blunder error will soon fade once the BOE releases the correct results, Richie predicted, adding that the new system has already helped women and candidates of color significantly expand the number of seats they hold on the City Council.

If voters are "accepting of a reality where elections never have more than two candidates, then they should be happy to keep our single-choice system," Richie said. "But if they ever want to participate in an election with more than two choices, ranked-choice voting is an excellent way to do it. … What we're seeing in a positive way in New York is having more candidates, having more choice, ultimately is more engaging to voters and brings some people in to participate who otherwise wouldn't."