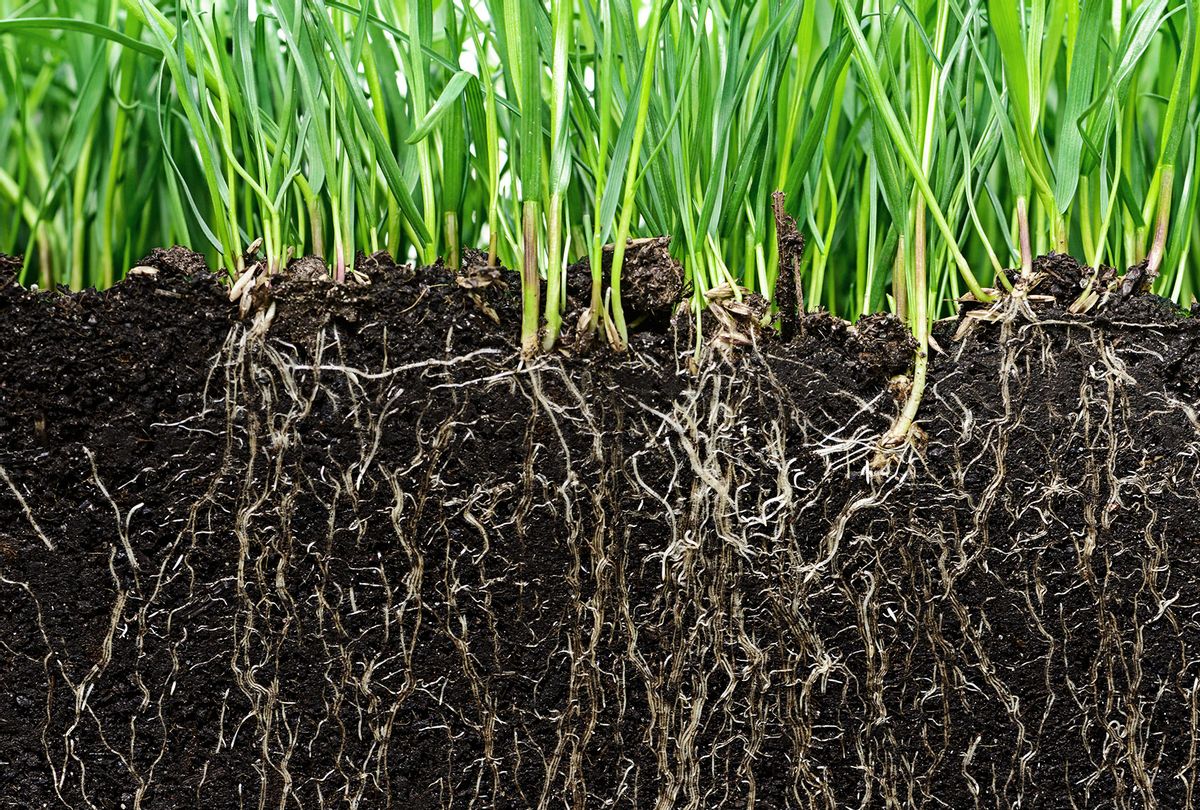 "No man is an island entire of itself," wrote English poet John Donne, referring to the interconnectedness of the human species, and our societal dependence on each other. Almost 400 years later, ongoing research into microbiomes shows that interconnectedness is bigger and also much, much smaller than we once imagined. And it indicates that the health of all life on this planet — including our own — is predicated on communities of minuscule microorganisms, working in tandem, that proliferate everywhere around and in us.

As quickly as we're learning about the essentialness of these systems, though, we're also actively destroying them with a variety of unsustainable practices. These have grave implications for climate change and the ways it affects disease, ecosystem function and food security.

What Is a Microbiome?

Simply put, a microbiome is a community of microbes — eukaryotes, archaea, fungi, viruses, bacteria — that act together both with and within a specific environment. They are directly responsible for the health of that environment and the way it functions, collaborating to confer benefits that can help an organism thwart stressors and invaders, and making it overall more resilient; conversely, when their composition is altered, their environment is altered, too, and the organisms in it can suffer as a result.

Scientists have known of the existence of microbes for centuries but it's only relatively recently that there's been a massive global effort across multiple disciplines to map and characterize various microbiomes and the microbes that populate them, and to analyze their individual and communal roles in keeping their environments working well. We're now beginning to understand that microbiomes basically run the whole planetary show: broadly, absorbing and releasing carbon, breaking down dead matter and turning various elements into nutrients that then act as food for plants and animals (including people).

No matter what or where the microbiome —air , ocean, our bodies or beyond — its microbes "are a translator of food into health or, if they're corrupted, into disease," says Emeran Mayer, a gastroenterologist at the David Geffen School of Medicine at UCLA whose new book, The Gut Immune Connection, delves into some of the finer points concerning human microbial communities. "If you compromise the translator, you get the wrong results at the other end."

There's an atmospheric microbiome, in which "single-celled organisms float…through the air," writes Caleb Scharf for Scientific American. For more than 40 years we've been studying the ocean microbiome, which contains mostly bacteria, archaea, and protists like algae and accounts for about 90% of all life under the sea; it also produces half the earth's oxygen and influences our weather. Alteration to the ocean microbiome is causing warming waters and overgrowths of harmful algal blooms that choke out other life.

Researchers involved in the Earth Microbiome Project have been concertedly studying the soil microbiome since 2010, and have made all kinds of revolutionary strides in piecing its mechanisms together. For example, we now know that a spoonful of agricultural soil contains 30,000 taxonomic varieties of microbes. Among them are several yards of fungal filaments that convert dead matter to biomass, or attach to plant roots to boost their nutrient uptake; up to a billion bacteria that convert nitrogen gas into compounds that "feed" those plants and other organisms; a few dozen nematodes and a few thousand protozoa that keep bacterial populations in check, mineralize nutrients and protect plants from pathogens.

When the soil microbiome is healthy and in balance, it directly, positively, affects the health of the plants that grow in it and protects them from drought or pests, for example. It can shove out pathogens trying to attack plants, produce toxins to kill them off and also trigger the plants to defend themselves. It also has other critical ecosystem functions; most notably, it acts as a carbon sink, helping keep atmospheric carbon in check for a critical climate benefit.

The Human Microbiome Project, another enormous and cross-disciplinary area of study funded by the National Institutes of Health (NIH) from 2007 to 2016, was instrumental in beginning to tease out the connection between the soil microbiome and our gut microbiome, which both contain approximately the same number of active microorganisms. (There's also a connection between the human gut microbiome and the ocean microbiome; they share about 73% of their microbes in common.) The soil microbiome likely evolved in tandem with the human microbiome and its estimated 39 trillion microbes that occupy our noses and mouths, our armpits and the palms of our hands, and most of all, our guts — particularly our large intestines. Our health is not only predicated on the activity of the microbes in our guts, but on the microbes we ingest both directly (from purposeful geophagy, or accidental dirt ingestion) and indirectly (in the form of plant crops) from the soil.

"It's an absolutely amazing story, how the same molecules are used for the health of a plant in soil and our own gut; it must be a very ancient system that's been preserved," says Mayer. Gut microbes produce enzymes that help us digest food and break it down into essential nutrients, producing vitamins our own bodies don't possess the ability to make on their own; protect us from disease-causing bacteria by regulating our immune system and teaching it how to fight off invaders; as well as produce anti-inflammatory compounds. A microbiome is unique to a person, passed on from a mother when we're born. Likewise, microbiomes in soil differ in composition depending on region, type of soil, plant matter, and a variety of other factors.

Despite all the powerful benefits they can confer, microbiomes are hardly invincible, and human activity has done much to disrupt them. Industrial agricultural practices have an outsize role to play in the destruction of the soil microbiome. Tilling soil releases carbon and disrupts and damages bacteria, fungi, and arthropods. Monocropping saps nutrients from soil and decreases the beneficial microbes that live in it, leading to poorer plant growth and increased susceptibility to plant infections and diseases. Additionally, monocropping is heavily dependent on chemical inputs; these "negatively affect the biological functionaries of microbes, their diversity, composition, and biochemical processes," according to multidisciplinary research from 2020 published in Land, causing "serious hazards to soil environment and human health."

This finding is supported by a new study conducted by the Center for Biological Diversity and other partners, which shows that pesticides are poisoning soil and all the life supported by it. "The prevalence of negative effects in our results underscores the need for soil organisms to be represented in any risk analysis of a pesticide that has the potential to contaminate soil," the research concluded, "and for any significant risk to be mitigated in a way that will specifically reduce harm to the soil organisms that sustain important ecosystem services.

As these microbes disappear, the soil and its plants suffer; and so does our health, as we take in significantly fewer, and fewer types, of tiny organisms into our gut microbiomes; some of these microbes may actually be in danger of extinction, says Mayer, with the effects on human health not fully understood. Additionally, our diets have become reliant on monocultures of processed and fatty foods that do not properly "feed" our tenant microbes and keep them in balance, leaving us susceptible to diseases such as obesity, diabetes, and colon cancer.

In the same way that microbial diversity in soil is decreased by agricultural chemicals, our microbial gut diversity is reduced by antibiotics. Both antibiotics and synthetic pesticides have been critically important societal interventions, says Mayer, but the collateral damage to human and soil microbiomes has been "tremendous." Figuring out how to restore and protect microbiomes — in soil, in people, in oceans, and air — will be the work of researchers for many years to come, and essential to supporting all life on our planet. "Nurture your ecosystem," says Mayer, "and it will take care of everything else."