Using "DNA" as a metaphor? It's in English's DNA

Just as DNA embeds our genetic information, the metaphor has embedded itself into our lexicon 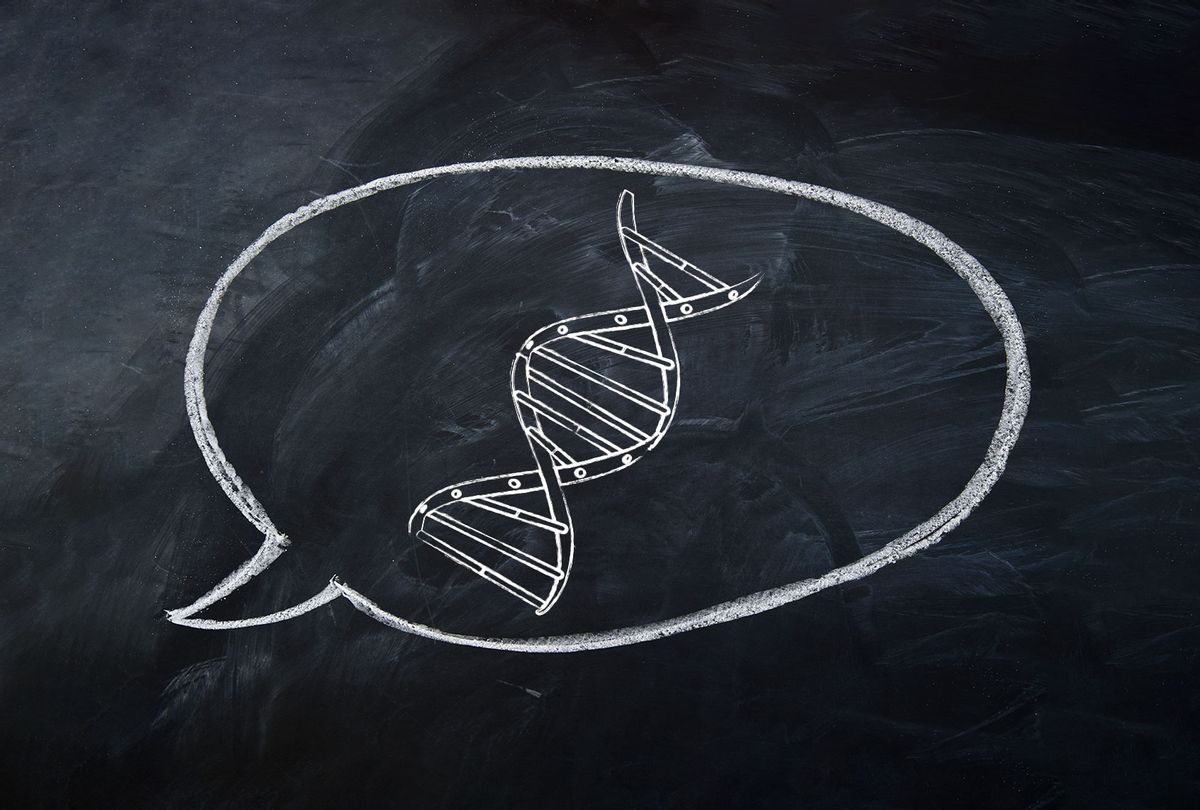 DNA in a speech bubble (Photo illustration by Salon/Getty Images)
--

Suddenly, DNA was everywhere. It was in the tech industry — a Guardian op-ed column, for instance, that said that privacy violations were "in Facebook's DNA." It was appearing in rap music, as when Kendrick Lamar sang on an eponymous track, "I got power, poison, pain and joy inside my DNA." It was in politics, too: during a 2008 press conference, then-Senator Barack Obama said "trying to promote mutual understanding" is "in my DNA." And of course, it was in marketing: in the book "The Bestseller Code," authors Jodie Archer and Matthew L. Jockers talk about "bestselling DNA," which they use as a synonym to "code" or a "blueprint" for writing a bestseller.

It is rare for a word to take on a life of its own as readily as DNA, the exact structure of which was only discovered in 1953. DNA is, of course, an abbreviation for deoxyribonucleic acid, a molecule that codes genetic information in all living organisms. But in everyday language, DNA often means something intrinsic, innate, or inbuilt. Companies sometimes talk about "company DNA" instead of company culture. In a similar way, people often use it for cultural artifacts or traditions that are passed down across generations, such as the ability to prepare a certain dish.

Lawrence Brody, a geneticist and Senior Investigator for the National Institute of Health, noticed the abbreviation DNA appearing in advertising 30 years ago. In 1993, a perfume by Bijan was named DNA and included geranium, rosemary, ylang-ylang, mint and bergamot as its top notes. And phrases like "we build good cars because it's in our DNA," started appearing more than a decade ago.

It wasn't the only instance of genetic terms entering the everyday lexicon. Brody noticed the phrase "it must be genetic" leaking into conversation "wherever you see some kind of conversion, of thought or traits," as he said. (Of course, behavioral coincidences are more likely due to nurture rather than nature, as he noted.)

Brody feels genetics is misunderstood as a science, but that's not exactly the public's fault. One thing that grabs the public's attention when it comes to DNA is that it is highly recognizable.

And Brody admits that scientists themselves have played a role in the public's overestimation of genetics. "We teach genetics as if it is more deterministic than it really is," he said. Moreover, Mendelian genetics — the paradigm used to teach the science in schools — is, though not entirely wrong, infinitely more complicated than we thought. This is especially true in humans.

"There are thousands and thousands of traits and practically none of them are inherited in a Mendelian fashion.," Brody said. "And we still teach students and the public that things work the way Mendel said they did."

At the same time, Brody does not see a big problem when people use scientific terms like DNA outside of their original meaning. "There is something useful to the analogy of DNA as a blueprint," he said.

Deborah Tanner, an author and linguistics professor at Georgetown University, agrees. "People borrow concepts and terms from other domains. It's metaphoric," she said.

This phenomenon is known as a semantic shift. Science, of course, is not the only domain where it happens. Another example is sports — say, perhaps, when one might say "levelling the playing field" to mean creating equality for all. Likewise, the word "stress" originated in engineering.

Meanwhile, as a science, genetics is particularly salient in the public consciousness.

"My guess is DNA has become more commonly talked about now. People are getting their DNA tested, you use DNA testing to solve murder cases so it's talked about more," Tanner said.

Conceptually, DNA is analogized to the core of who we are as individuals and as a species. One newly-popular expression Tanner has noticed in recent years is "This is who we are," or "this is not who I am." Judging from the popularity of personality tests such as the enneagram or the Myers-Briggs test, and of genetic testing companies such as 23andMe, it seems like people are searching for their "authentic selves." The DNA metaphor (or actual DNA tests) help them express that.

But no one can stop people from attaching new meanings to old words or phrases.

While using the term DNA in metaphorical ways is mostly harmless, there are some situations where it can actually be harmful — especially when it veers into biological determinism. Brody warns against equating one's DNA with destiny, or believing it will determine one's failure or success.

"The idea that DNA variation determines your fate is something we need to undo," Brody said.

And DNA-talk can veer into racist and eugenicist territory when one starts assigning value judgments to certain genotypes or declares them superior to others.

"There are no values in DNA. Even if you look at genetic ancestry and can see that people have different ancestors, and I can sequence their entire genome, there is nothing in the genome that tells me about the value of a person, or anything really," said Brody.

To undo that, schools need to move away from teaching Mendelian genetics to exploring the complex ways genes interact with one another and the environment.

But at the same time, Brody admits that genetics as a science needs to ramp up their communication skills. "As a field, we really have to get better at language," he mused.