The best seafood for the planet is also the cheapest

The most underrated, too 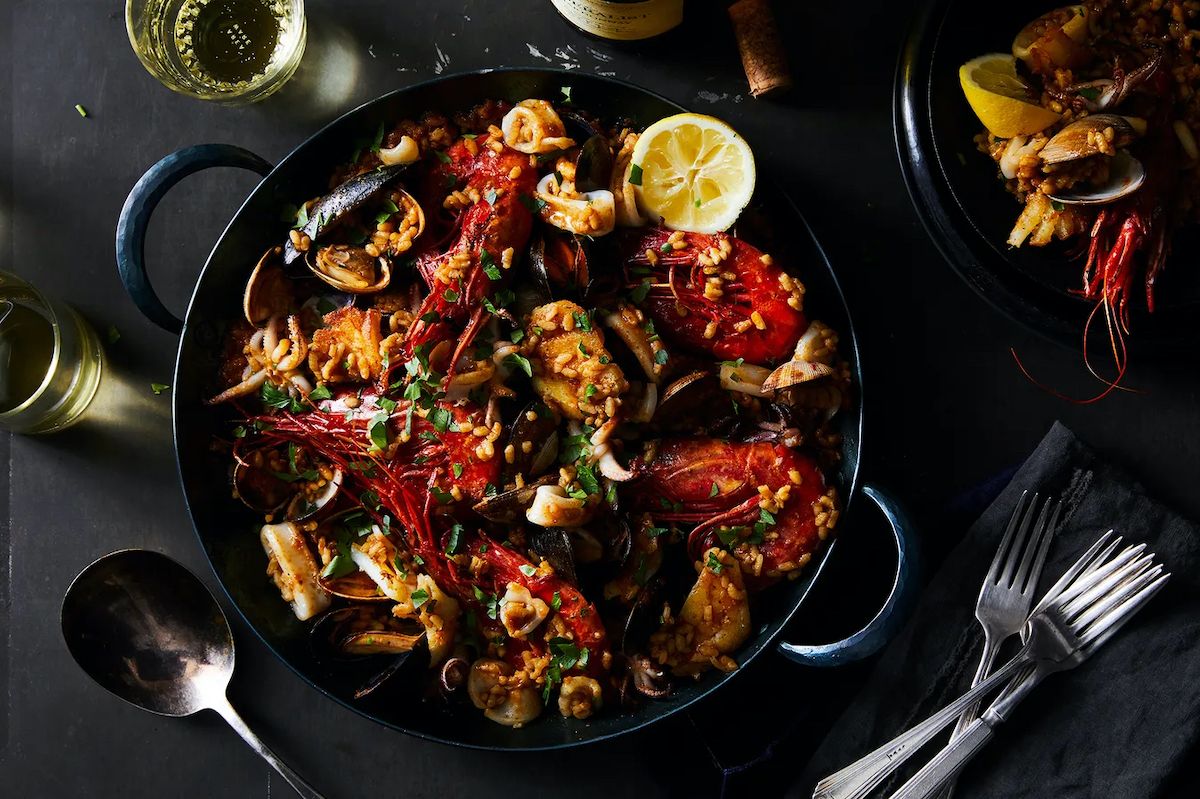 With The Climate Diet, award-winning food and environmental writer Paul Greenberg offers us the practical, accessible guide we all need. This new release contains fifty achievable steps we can take to live our daily lives in a way that's friendlier to the planet—from what we eat, how we live at home, how we travel, and how we lobby businesses and elected officials to do the right thing. Here, Paul shares on the the role of food waste in our overall climate decision making — and how it's a much bigger deal than we think.

While of late I've been writing about climate and carbon footprints, fish and shellfish are my bread and butter. Over the course of a trilogy of books, I've tracked issues of overfishing, aquaculture, and health up and down the marine food chain. So it's no surprise when I set out to write my latest book, The Climate Diet, I ended up looking at the carbon footprint of seafood.

There are many reasons to be careful with our seafood consumption. Since World War II, humans have quadrupled the amount of wildlife they remove from the sea annually, to the point where we now extract about 85 million tons on a yearly basis — the equivalent of the human weight of China. The damage all of this causes is getting more and more attention. Over fishing, sea slavery, the destruction of the marine environment and many of the other problems that plague the seafood industry were explosively catalogued in this year's controversial Netflix documentary, Seaspiracy.

But curiously, when we look at the carbon footprint of seafood — i.e. the amount of greenhouse gasses emitted per meal — we actually find some reasons to choose fish for our plates. In general, wild fish are significantly more carbon efficient than our most efficient terrestrial animal protein — chicken. An average of all American wild-caught finfish comes in at 1.6 kilograms of emissions per kilogram of edible fish flesh, this compared with around 6 kilos of emissions per kilo of chicken or a whopping 27 kilos of emissions per kilo of beef. The reason for the protein's relatively light fin-print is that wild fish don't require feed or husbandry to reach harvestable size. Nature takes care of that. The primary emissions cost of wild fish is the burden of catching them and transporting them to market.

All this said, not all fish are good emissions bargains. The word "seafood" itself encompasses thousands of species caught and grown in dozens of different ways. Fishing methods that entail long journeys into distant waters with repeated stops to haul gear burn a lot of diesel. So, for instance, longline-caught tuna and swordfish sit near the top of the fisheries' emissions list. Dragging heavy gear over the seafloor is also carbon-expensive, making flounder, cod, and other "bottom-trawled" species less desirable choices.

Farmed seafood presents other dilemmas. It's difficult to assess the carbon footprints of the dozens of different species because there are so many variables. What's more, feeding farmed seafood requires the extraction of a good deal of wild fish from the ocean; then, the processing of that feed contributes to an overall emissions per kilo rate that floats around in a space somewhere between chicken and pork.

Shrimp is by far the most consumed seafood in the United States. Just to put things in perspective: Out of the 15 pounds of fish and shellfish Americans eat each year, more than 4 pounds are shrimp. But shrimp, particularly farmed shrimp, is notably terrible from an emissions point of view — by some estimates at the level of beef. That's in part because over the last few decades, shrimp farming has destroyed millions of acres of one of the world's most powerful carbon-sequestering ecosystems: mangrove forests. Mangroves, on average, store more than twice the carbon dioxide per acre as tropical rainforests, but are often cleared to make way for coastal shrimp ponds. All this makes a shrimp cocktail an extremely carbon-intensive appetizer.

So, what should we eat from the sea if we want to have the lowest carbon finprint?

Good carbon bargains tend to be seafood caught in midwater trawls and purse seines — nets that don't touch the bottom of the ocean. Alaska pollock (the fish most commonly found in your Filet-O-Fish), and small pelagic fish like mackerel, sardines, herring, squid, and anchovies, all fall into this carbon-light category. Wild salmon is also a winner, as long as you buy it frozen; air-freighted fresh fish of any kind is a carbon disaster because of the extremely high carbon cost of flying.

And how about that carbon-costly shrimp cocktail appetizer? Probably the single best swap you can make is to change your appetizer from shrimp to oysters. Farmed oysters, along with their cousins the clam and the mussel, are extremely carbon-light. They require no feed, subsisting on a diet of wild algae, and filter and clean the water as they grow fat. All this puts some bivalves in the same carbon cost range as many vegetables. Mussels, the grand emissions champions of the animal kingdom (and also one of the most affordable seafoods out there), can cost just .6 kilograms of carbon and other greenhouse gasses per kilogram of mussel meat.

And the great thing is that mussels adapt well to a whole range of culinary traditions. Do them simply, Mediterranean style with white wine and garlic. Fire them up in a Thai-inspired spicy curry or make them sing in the tune of masala. And because mussels are so inexpensive you can be expansive with them. I personally like to lightly steam them and then deep fry them as a substitute for oysters in my po boys.

Whichever way you make them, you can take the added pleasure that you're doing your best to cook mindfully from the sea.