Don't worry about your "tax dollars" indoctrinating anybody 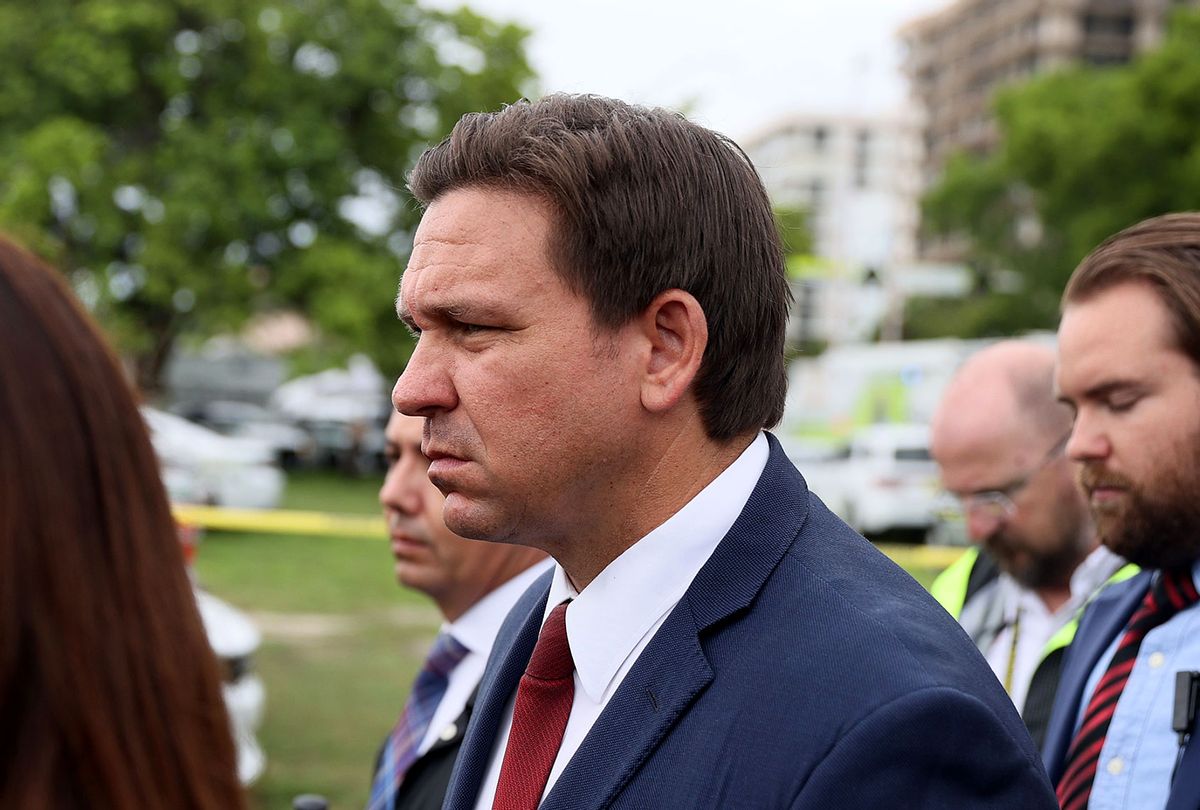 Do you want to make a middle class parent of a college-aged student laugh? Complain about how "your tax dollars" are paying for their kid's education.

Florida governor Ron DeSantis this week created a stir when he signed HB 233, a bill aimed at the state's public universities "to annually assess intellectual freedom and viewpoint diversity at certain institutions." Decrying his state's institutions of higher education as "hotbeds for stale ideology," DeSantis said, "That's not worth tax dollars and not something we're going to be supporting moving forward."

The methodology for this proposed assessment, an "objective, nonpartisan, and statistically valid survey," has not been articulated. But the message — that as DeSantis says, "You have orthodoxies that are promoted and other viewpoints are shunned, or even suppressed. We don't want that in Florida" — is clear. Our schools, our rules.

This notion that America's universities are now, in the words of the Florida governor who graduated from Yale, "intellectually repressive environments," is of course a load of BS. It's a disingenuous argument from a politically ambitious Republican who got his law degree at Harvard, one who now claims a "firmly-held opinion that taxpayer-funded schools, colleges and universities should be places for education — not indoctrination."

It's an increasingly pervasive gambit. Last month, Indiana governor Eric Holcomb signed a bill to survey how "perceptions of whether free speech and academic freedom are recognized and fostered by the state educational institution in a manner that welcomes expression of different opinions and ideologies." And in related news, New Hampshire Republican governor Chris Sununu last week signed House Bill 2, which included a provision reportedly "banning public schools from certain teaching about systemic oppression and implicit bias." Ten members of his diversity and inclusion council swiftly resigned in protest.

By cleverly associating "taxpayer-funded" and "indoctrination," republicans like DeSantis are using their own stale ideology. It's a classic scare tactic, that your hard-earned dollars are being spent to turn your kids into pinkos. But the truth is that in the same way your parents' hard earned dollars weren't exactly bankrolling pervert artists in the nineties, very little of your money now is going toward brainwashing the youth.

To give Florida its due, DeSantis's 2020-21 budget did boast of "historic state operating funding for the Florida College System and State University System at $1.3 billion and $2.7 billion respectively," no tuition increases, and "an increase of $18.9 million for Florida's Historically Black Colleges and Universities." And as a 2018 report from the State Higher Education Executive Officers Association noted the state's "substantial increase in public student aid." But reporting from the Urban Institute from the same year ranks Florida a dismal 49th in higher education expenditures per student.

But America's investment in its state university system is far from great even at its best, and it's been this way for years now. A 2017 report from the Center on Budget and Political Priorities delivered the grim news that "Overall state funding for public two- and four-year colleges was nearly $9 billion below its 2008 level, after adjusting for inflation. The funding decline has contributed to higher tuition and reduced quality on campuses as colleges have had to balance budgets by reducing faculty, limiting course offerings, and in some cases closing campuses."

In tandem with that decline in state funding, costs have been going up — way up. As the Atlantic reported three years ago, "For the first time, public colleges and universities in most states received most of their revenue from tuition rather than government appropriations." The revelation couldn't feel more resonant to my own experience — the nation crossed that rubicon the exact year my firstborn enrolled at one our state's universities.

A few months before graduation, a representative for the state's university system brightly reassured a room full of nervous teens and parents that they expected each student could graduate with a mere $250 a month in loan repayments. When my daughter was later accepted to the school she'd applied to, she received a financial aid "award" letter offering her a $1,500 scholarship, a $25,000 a year bill, and the news that her parents could apply for over $17,000 each year in loans. So yes, that's what tax dollars hard at work, indoctrinating a student can look like. And here's the kicker from that Atlantic story: "Since 1992, spending per student—measured in inflation-adjusted dollars—has declined at public colleges and universities by about 8 percent (even after a recovery in spending after states' low point in 2012). In turn, per-student tuition revenue has increased by 96 percent."

This notion that the public university system is some kind of government handout, a useful Plan B for the masses who can't afford the even more outrageous tuition of private universities, is pretty absurd. "Public" is not "free," not at the higher ed level, not in America. UC Berkeley is currently $36,500 a year for in-state residents. Florida State is a relative bargain at $21,500. And what's truly pitiful in all of this is that the majority of Americans — 63% — favor a free public university system. We actually want our hard earned tax dollars going toward our own and our kids' higher learning. But cynics like DeSantis don't want an educated, critically thinking populace. Not when they can claim they're championing "intellectual diversity" while chilling opposing viewpoints. It's a clever strategy. And it's costing us all a lot to live with it.