How Trump unleashed "outright slaughter" of wolves in Wisconsin: study 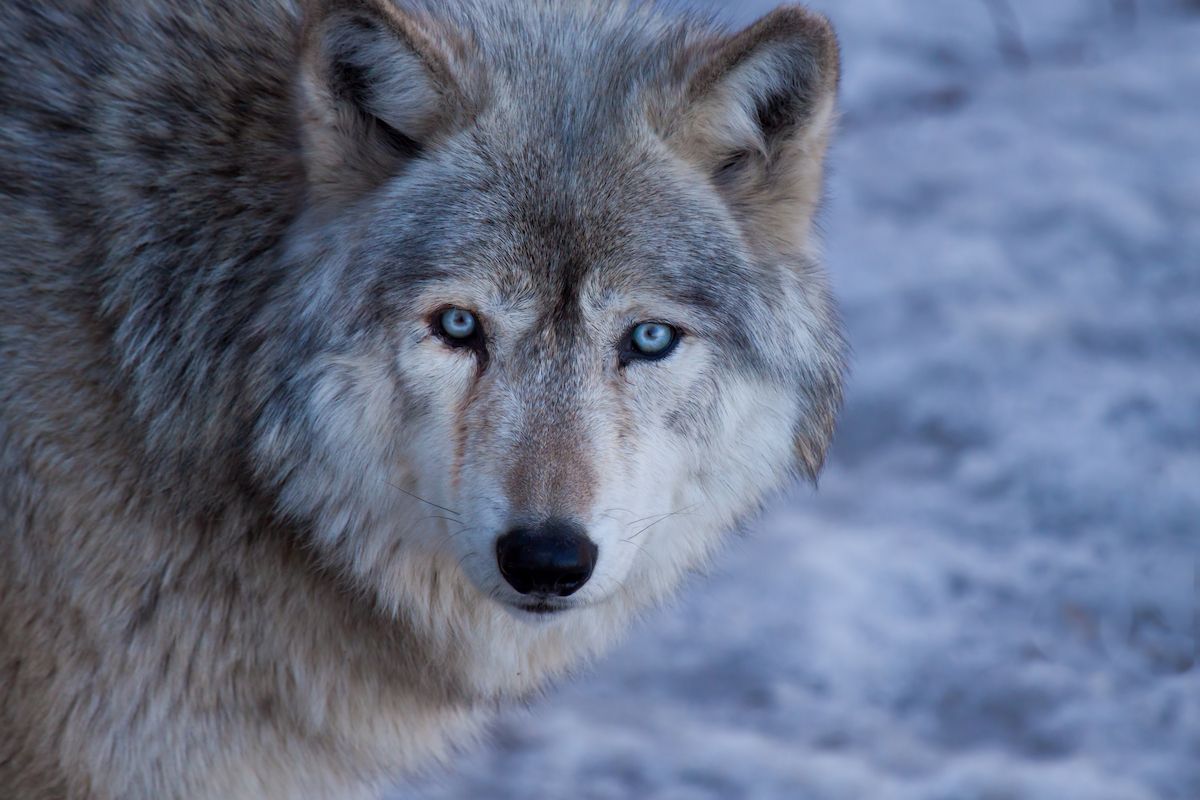 A new study published Monday estimates Wisconsin lost as much as a third of its gray wolf population after the Trump administration stripped federal protections for the animals and the state allowed for a public wolf hunt widely decried as being "divorced from science and ethical norms."

The February hunt, panned (pdf) by wildlife advocates as "an outright slaughter," killed 218 wolves—already far past the quota the state had set. But over 100 additional wolf deaths were the result of "cryptic poaching," University of Wisconsin–Madison environmental studies scientists found, referring to illegal killings in which hunters hide evidence of their activities.

The majority of those surplus deaths, the researchers estimate, occurred after the Trump administration announced on November 3, 2020 the lifting of endangered species protections for gray wolves in the lower 48 states. That shift became effective in January 2021.

According to the study, published in the journal Peerj, between 98 and 105 wolves died since November 2020 "that would have been alive had delisting not occurred."

That decline, the researchers said, is at clear odds with Wisconsin's stated goal of the hunt "to allow for a sustainable harvest that neither increases nor decreases the state's wolf population."

"Although the [Wisconsin Department of Natural Resources] is aiming for a stable population, we estimate the population actually dropped significantly," said co-author Adrian Treves, a professor in the Nelson Institute for Environmental Studies and director of the Carnivore Coexistence Lab at UW–Madison, in a statement.

Cancellation of the state's next hunt, set for November, could allow for the wolf population to rebound in one or two years. Standing in the way of that is Wisconsin's mandate for a wolf hunt in the absence of federal protections, and kill allowances set on shaky scientific ground, according to the researchers.

Also troublesome is the fact that the state didn't mandate the collection of wolf carcasses for assessing data of wolf ages or detection of alpha females.

"During these periods, we see an effect on poaching, both reported and cryptic," he said. "Those wolves disappear and you never find them again."

"Additional deaths are caused simply by the policy signal," he said, "and the wolf hunt adds to that."

Citing "the importance of predators in restoring ecosystem health and function," the researchers offer recommendations including, at the federal level, a "protected non-game" classification for wolves. At the state level, authorities "should prove themselves capable of reducing poaching to a stringent minimum for a 5-year post-delisting monitoring period," the study said.

Wildlife advocates have already expressed concern that the wolf population hit seen in Wisconsin could be a harbinger of the fate of wolves in other states unless the Biden administration quickly restores federal protections for the iconic animals.

WildEarth Guardians is among a handful of conservation organizations last month that released guides for laypeople as well as state agency wildlife policymakers to show how to best prioritize "wolf stewardship and a broader vision for conserving species in the face of global climate change and mass extinctions."

"New wolf plans informed by science and ethics are needed now more than ever, as the disastrous winter wolf hunt in Wisconsin showed," said Amaroq Weiss, senior West Coast wolf advocate at the Center for Biological Diversity, expressing optimism the guides could be tools for "a more hopeful course in states' stewardship of these beloved animals."