"We are the news now," one QAnon influencer declared 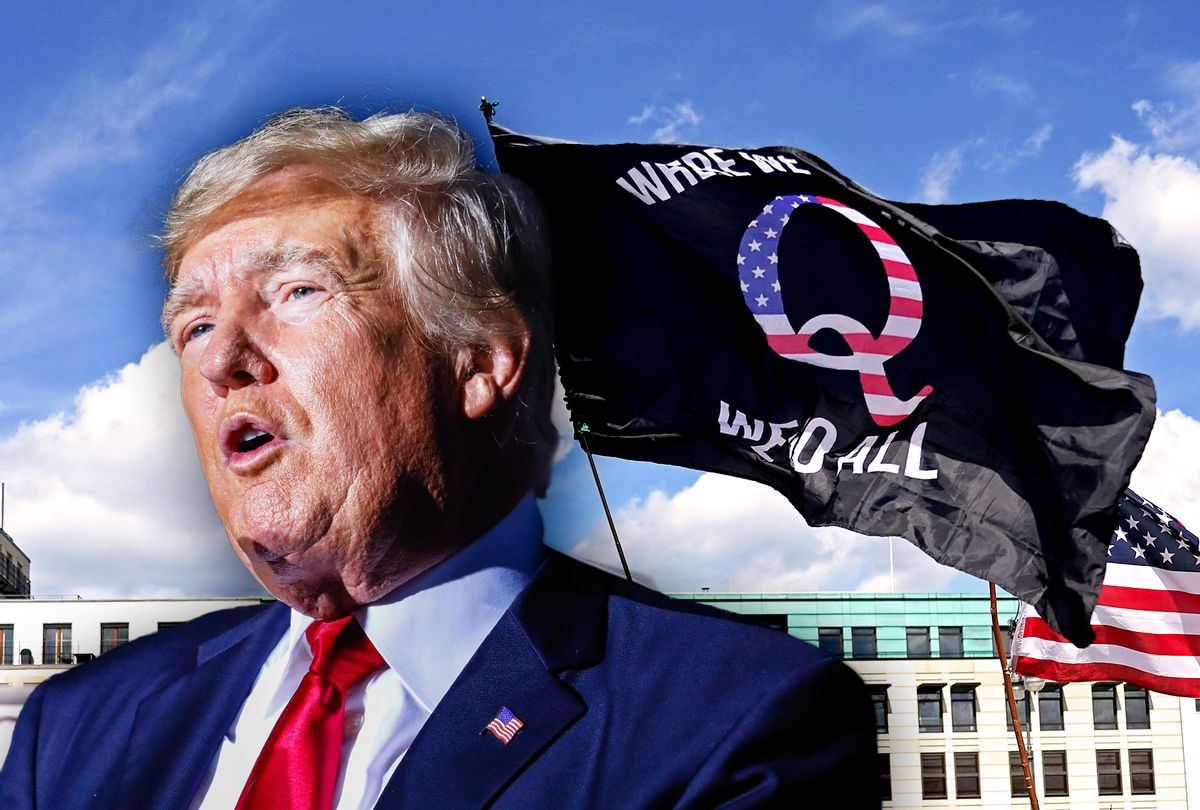 High-profile QAnon believers and influencers were distributed press credentials for former President Trump's rally in Sarasota, Florida this past weekend, suggesting that the former president is continuing to welcome conspiracy theorists into his post-presidency operations.

The development, first reported by VICE, centers on two prominent members of QAnon.

Jeffrey Pedersen, who operates under the moniker "In The Matrixx," announced through Telegram on Friday that he and his podcast co-host, known as "Shady Grooove," had been given media credentials by the Trump Organization.

"We are the news now," Pedersen declared.

During the rally on Saturday, Pedersen tweeted photos online of himself and his partner holding up their press badges, with the caption: "YEAAAAAA!!!" Pedersen and his partner were reportedly seen in the vicinity slinging insults at other journalists, donning wristbands that read: "Where we go one we go all."

Pedersen's posts were originally flagged by Media Matters researcher Alex Kaplan, who noted that this is not the first time members of QAnon were christened as journalists.

Back in 2019, Derik Vance, the podcast host of Patriots Soapbox, once described by the Daily Beast as a "24-hour, 7-days-a-week full-face dive into the heart of QAnon," was given a press badge for one of Trump's rallies in Ohio. Trump's then-campaign manager, Brad Parscale, went so far as to pose for a picture with Vance.

At Saturday's rally, Trump repeatedly bandied the false (yet somehow undying) notion that the 2020 presidential election was "stolen" from him due to widespread election fraud. This claim has been largely propelled into public discourse by QAnon believers, which hails Trump as the country's sole antidote to what would be an otherwise authoritarian regime controlled by a cabal of corporate, pedophilic, cannibalistic elites who worship Satan.

Over the past several years, the QAnon movement has become a mainstay of American political discourse — but research shows support may be tapering off following the Capitol riot on Jan. 6.

Back in January, a Morning Consult poll found that about a quarter of all Republicans believe in the QAnon conspiracy – a marked 14% decrease from last October. A report from the Atlantic Council's Digital Forensics Lab similarly found that QAnon rhetoric was "evaporating from the mainstream internet."

The report speculated: "Decreases in QAnon-related chatter can be attributed to several factors including, but not limited to, major tech platform moderation actions against the conspiracy theory and its digital community; a prolonged silence from the pseudonymous "Q" author; encouragement among community members to mask their language; and President Donald Trump's loss in the 2020 election."

Although it appears a minority of Republican are Q-aligned, a clear majority of all Republican voters in the U.S. believe that Trump is the "true president" of the United States, according to a Reuters/Ipsos opinion poll.

This belief apparently carries over to GOP political candidates as well: As Salon's Igor Derysh reported, over 700 Republicans running for Congress in 2022 have aligned themselves with Trump's election conspiracy.