“The focus of this administration on vaccination is mind-boggling,” one Fox Host said 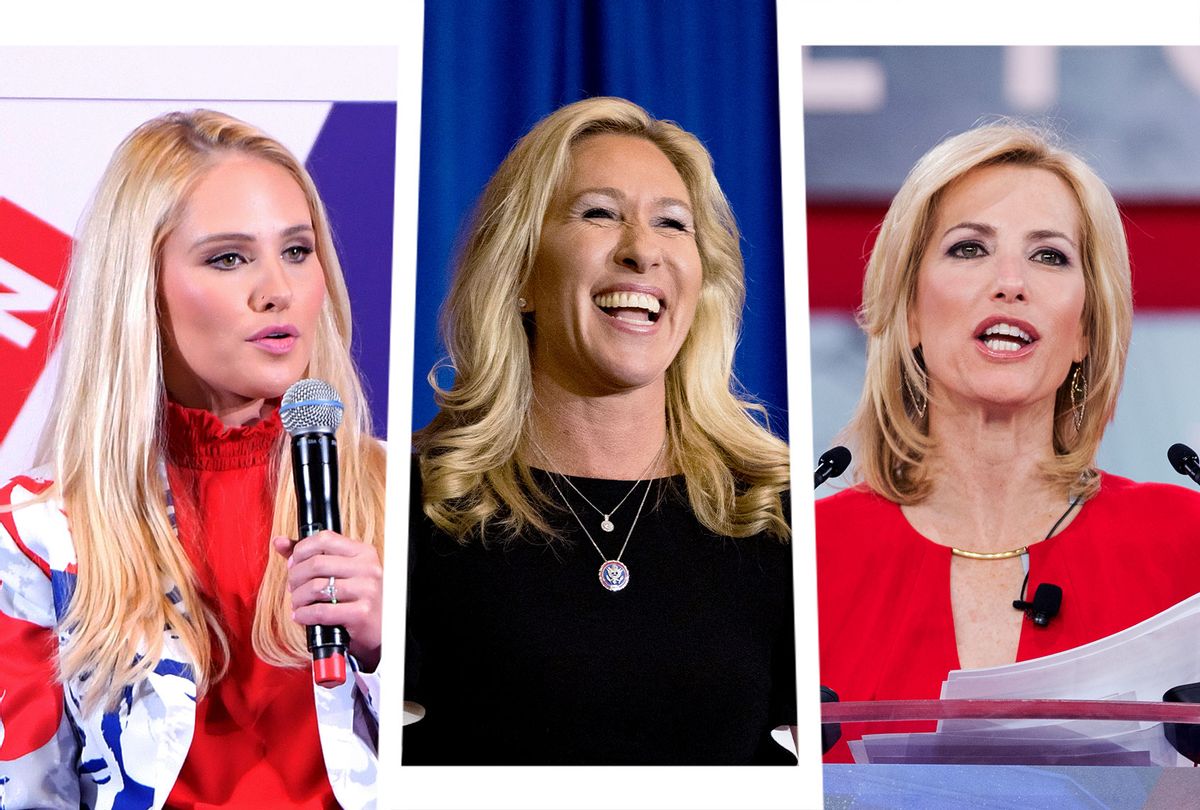 Right-wing scaremongering about the COVID-19 vaccine hit a fever pitch this week, from Fox News to some of the conservative movement's more fringe characters, with pundits placing particular emphasis on the apparent connection between President Biden's vaccine rollout and Nazi Germany.

The hysteria appears to have its roots in a Tuesday speech the president gave in which he encouraged volunteers to knock on doors.

"We need to go [sic] to community-by-community, neighborhood-by-neighborhood and, oftentimes, door-to-door, literally knocking on doors to get help to the remaining people protected from the virus," Biden said.

The White House later clarified the president's remarks, stating that only community volunteers would be leading the door-knocking effort to encourage vaccination — but that didn't stop right-wing pundits and politicians from pouncing on what they said was America's slide toward authoritarianism.

Fox News in particular dedicated hours of programming to its crusade against the administration's push to vaccinate the country against a virus that has already killed 600,000 Americans — with Tucker Carlson equating workplace vaccine requirements to forced sterilization, guest and right-wing activist Charlie Kirk using his appearance to compare vaccination to South African apartheid, and a rash of other hosts decrying the Biden administration's emphasis on vaccination.

Fox hosts are relentlessly attacking the vaccination campaign against the coronavirus. Their nightly effort to delegitimize the vaccines is a big problem. https://t.co/2gfLo7UXIm pic.twitter.com/y7OdhuVst1

"The focus of this administration on vaccination is mind-boggling," Fox host Brian Kilmeade said on Fox & Friends Thursday. "They're going to knock on your door, they're going to demand that you take it, and they're going to give you a third shot," he added during a bizarre rant the next day, giving no indication of what the third shot is or why it would be required.

The message filtered down to the Republican party's Congressional members, who hammered home the idea that Biden was sending people door-to-door to force vaccines on people who did not want them — which is, of course, not true.

"How about don't knock on my door," echoed Rep. Dan Crenshaw, R-Texas. "You're not my parents. You're the government. Make the vaccine available, and let people be free to choose. Why is that concept so hard for the left?"

Missouri GOP Gov. Mike Parson – whose state saw the highest COVID-related deaths and hospitalizations in the last week, baselessly warned Biden "that sending government employees or agents door-to-door to compel vaccination would NOT be an effective OR a welcome strategy in Missouri!"

Other Republicans were more bombastic in their reaction to Biden's speech, not only bandying misinformation but painting an explicitly totalitarian picture of the president's vaccine rollout, often explicitly using the Nazi regime and the Third Reich as a comparison point.

"Biden has deployed his Needle Nazis to Mesa County," Rep. Lauren Boebert, R-Colo., tweeted on Thursday. "The people of my district are more than smart enough to make their own decisions about the experimental vaccine and don't need coercion by federal agents. Did I wake up in Communist China?"

Biden has deployed his Needle Nazis to Mesa County.

The people of my district are more than smart enough to make their own decisions about the experimental vaccine and don't need coercion by federal agents.

Did I wake up in Communist China? pic.twitter.com/gKXzogwM2C

Freshman Rep. Marjorie Taylor Greene, R-Ga., called the officials handling Biden's vaccine push "medical brown shirts." Historically, brown shirts refers to the paramilitary wing of the Nazi Party, called the SA, which carried out much of Adolf Hitler's bidding. Green's comments came on the heels of her last Nazi-related comparison, in which she said that mandatory mask-wearing was similar to the Nazi-era requirement that Jewish people wear identifying Stars of David on their clothing.

Conservative pundit Tomi Lahren also joined the chorus on Thursday, tarring flight attendants who enforce COVID health precautions as "Nazis of the air." Last year, as the Daily Beast noted, Lahren made headlines when she said that those who comply with social distancing rules are engaging in a form of "willful slavery."

Meanwhile, Charlie Kirk, the founder of conservative youth advocacy group Turning Point USA, eschewed a Nazi-era comparison, instead calling Biden's vaccination push an "apartheid-style, open-air hostage situation." He claimed that the administration would only let you "have your freedom back if you get the jab."

Conservative vaccine hesitancy, fueled by this militant anti-vaccine messaging, remains strong — despite pleas from numerous Republican governors to get vaccinated. Even Senate Minority Leader Mitch McConnell, R-Ky., admitted on Thursday that he's "perplexed" as to why so many Americans are refusing to get vaccinated.

Some on the left have speculated that it's the administration's very encouragement of vaccination – rather than the safety of the vaccine itself – that is largely contributing to right-wing resistance.

"The only solution may be reverse psychology," as Salon's Amanda Marcotte wrote last month. "People who want the pandemic to end need to, paradoxically, release the desire to see conservatives get vaccinated. The more zen that liberals (or people perceived to be liberals) are about vaccination rates, the less fun it is to try to piss liberals off by refusing to get the shot."