Zaila Avant-garde knows some big words, and has even bigger dreams 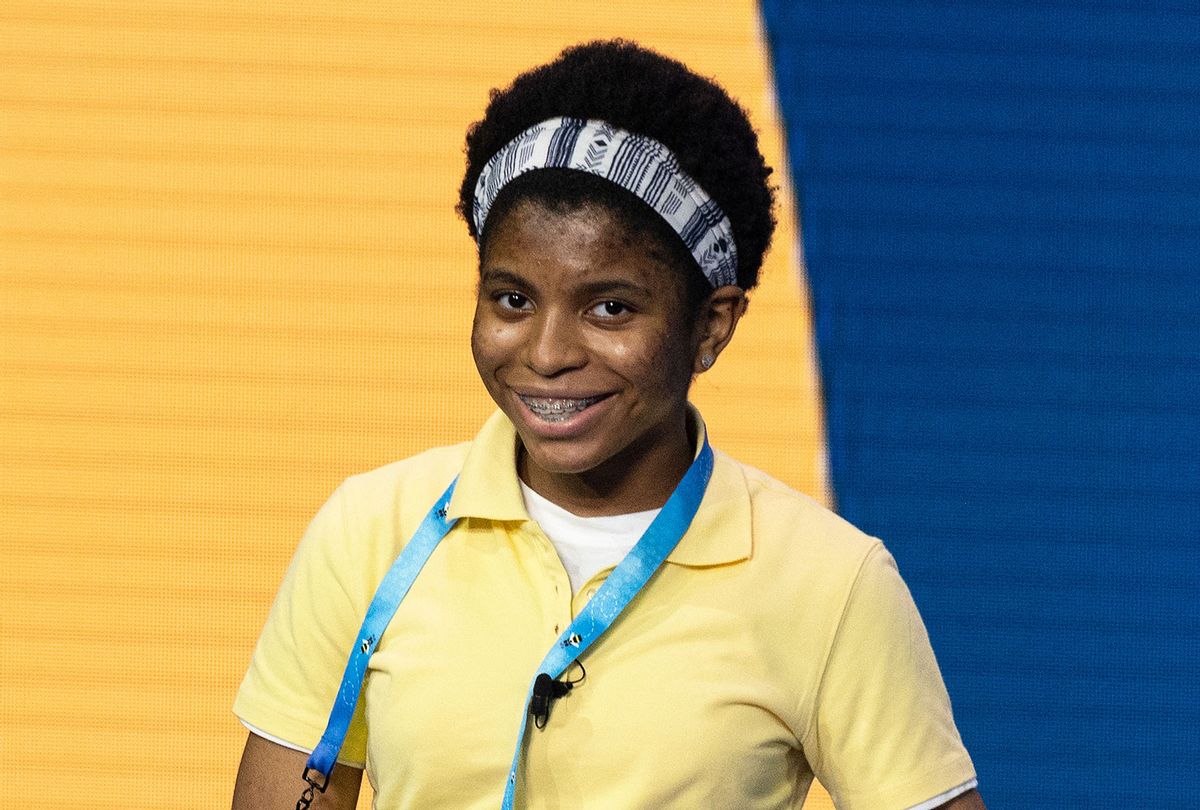 Zaila Avant-garde competes in the first round of the the Scripps National Spelling Bee finals in Orlando, Florida on July 8, 2021. (JIM WATSON/POOL/AFP via Getty Images)
--

So, what were you doing when you were 14?

On Thursday night, 14-year-old Zaila Avant-garde became the first Black American winner of the Scripps National Spelling Bee in its nearly 100-year history. But, shockingly enough, spelling is just one of several of Avant-garde's stunning talents and interests. She also holds the Guinness World Record for most bounce juggles in a minute, as well as two other world records for the art of dribbling multiple basketballs at once. Avant-garde has even previously appeared in a commercial alongside NBA star Steph Curry, who congratulated her on her win Friday morning.

Avant-garde's Instagram is rife with videos of her basketball mastery, and she told CNN shortly after her spelling bee victory that one aspiration of hers is to coach in the NBA. The NBA would be lucky to have her — but they'd be competing with her other aspirations toward working at NASA, or potentially neuroscience and gene-editing.

Shortly after being crowned the 2021 spelling bee champion, Avant-garde told CNN "it felt really good to win," because she had "been working on it for like two years." In other words, while most of us were trying to bake our ways out of the pandemic, Avant-garde was learning to spell the entire English dictionary.

"To actually win the whole thing was like a dream come true," she told CNN on Friday. "I felt like in the moment I snapped out of a surreal dream."

What's next for Avant-garde? In her own words, anything, really. "I'll find something else to do," she said. "Trust me."

Avant-garde's victory comes after last year's Scripps National Spelling Bee was canceled due to the pandemic. To win her title, Avant-garde competed against hundreds of other spellers ages nine to 15, hailing from the U.S., the Bahamas, Canada, Ghana and Japan. Her crown came with a $50,000 cash prize, as well as recognition and congratulations from First Lady Jill Biden, who celebrated all of the Thursday night competition's finalists.