Multiple federal agencies are investigating the Oath Keepers for their alleged role in the Jan. 6 insurrection 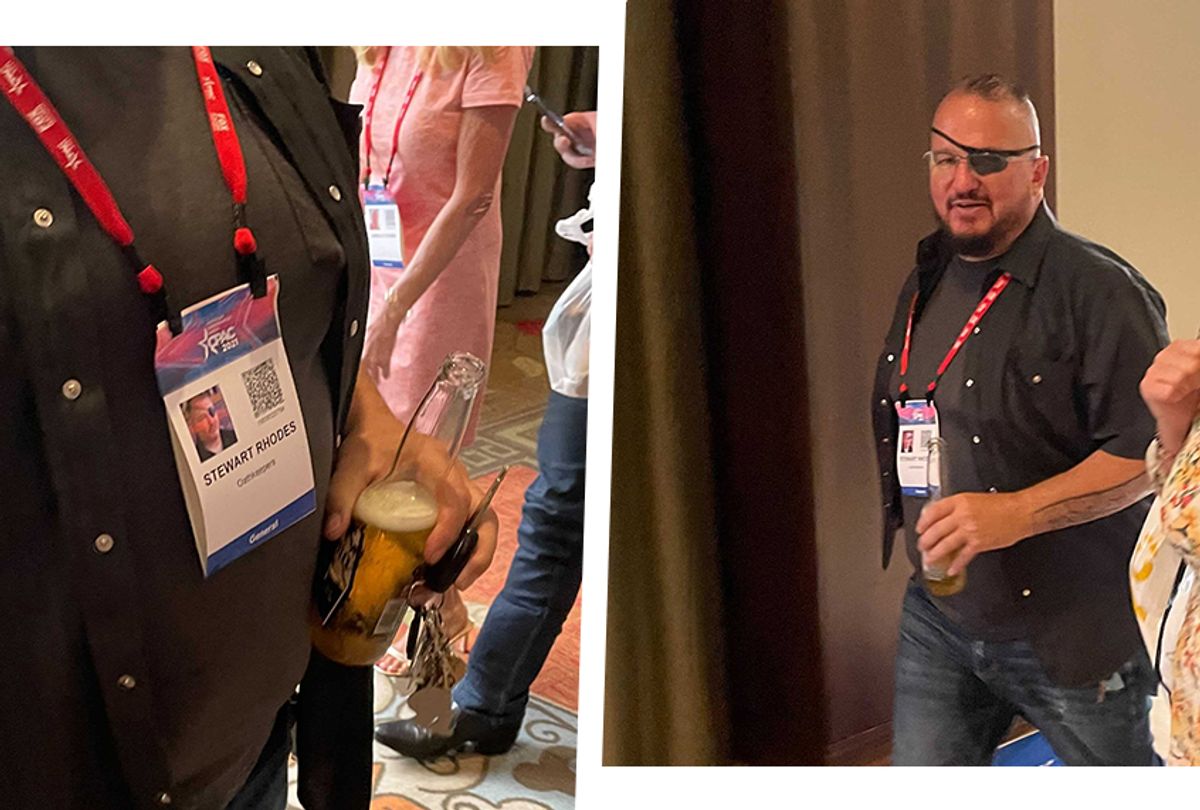 Stewart Rhodes, the founder of the right-wing Oath Keepers militia, was spotted by a Salon reporter at CPAC in Dallas Friday, sporting an official CPAC pass (left). (Zachary Petrizzo)
--

DALLAS — Stewart Rhodes, the founder and leader of right-wing militia group the Oath Keepers, was spotted by a Salon reporter Friday evening strolling the halls of the Conservative Political Action Conference (CPAC) in Dallas, Texas.

Multiple federal agencies are currently investigating the Oath Keepers for their alleged role in the planning and execution of the Jan. 6 insurrection — and though Rhodes did not himself enter the U.S. Capitol building that day, several members of his group did, according to news reports. As of this week, 16 Oath Keepers have been charged for their involvement in the storming of the Capitol building.

In the months since Jan. 6, Rhodes has voluntarily turned himself over for questioning by federal agents — against the advice of his attorneys, according to the New York Times. He reportedly told authorities that the only reason Oath Keeper members entered the Capitol that day was to provide aid after hearing someone inside had been shot, though the Times notes that an extensive investigation of visual evidence conducted by reporters was not able to verify the claims.

When asked why he was in attendance at the conservative conference, Rhodes quickly became enraged and yelled, "f**k off." A female associate, identified as Marcia Strickler on her CPAC pass, also came within inches of this reporter, yelling various obscenities. 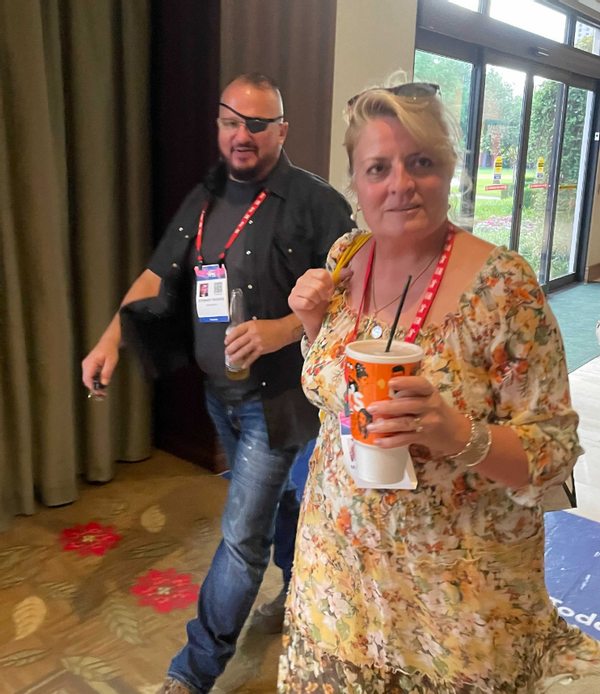 CPAC security also approved Rhodes for an official pass, which was photographed by Salon Friday before the encounter.

Yet according to a high-ranking CPAC official that spoke with Salon exclusively on Friday evening, conference leaders have been in touch with federal law enforcement authorities to seek guidance as to whether Rhodes is considered a threat to attendees' safety and well-being.