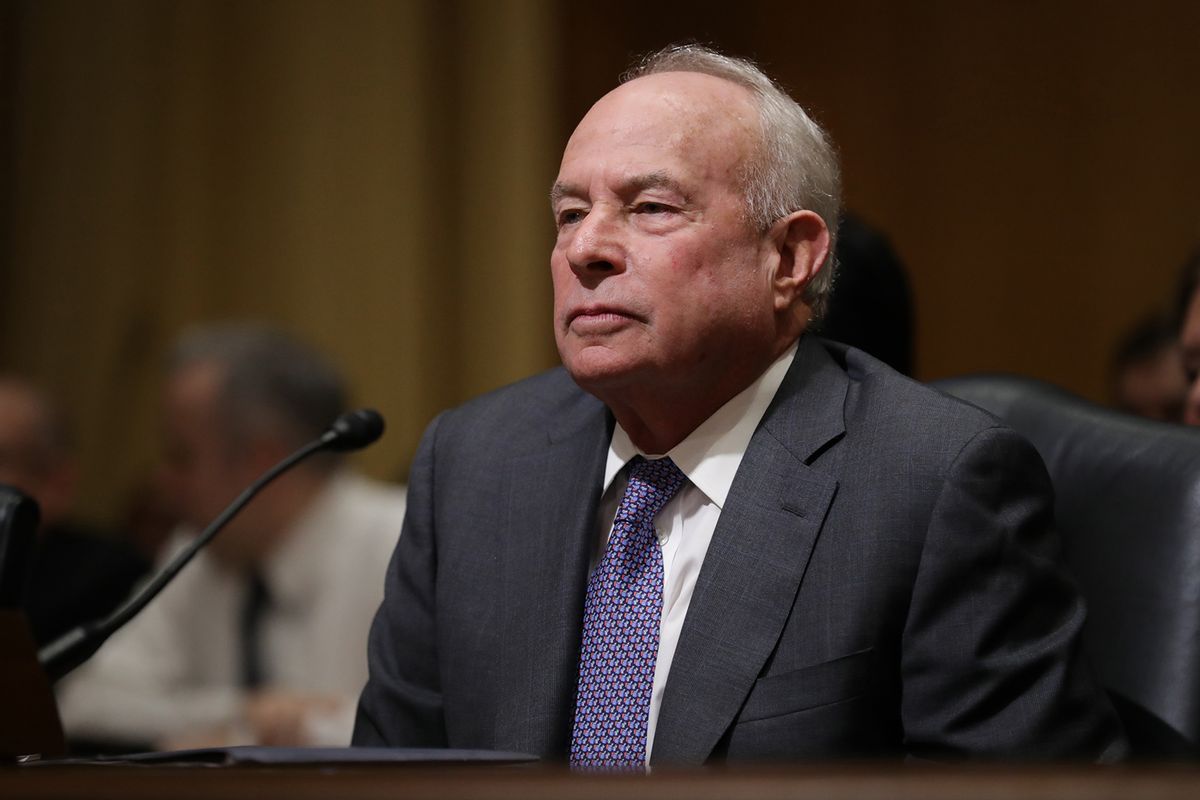 President Joe Biden fired Social Security Commissioner Andrew Saul Friday evening — though the longtime GOP donor and Trump appointee told the Washington Post that he plans to be at work on Monday as if nothing had happened.

Saul, whose staunchly anti-union stances and repeated attempts to stymie the distribution of benefits to millions of Americans drew the ire of Democrats within the new administration, is currently in the middle of a six-year term that was supposed to last until January 2025. He told the Post he plans to challenge the legality of his ouster, and called his firing a "Friday Night Massacre," a reference to the Nixon Administration's infamous Watergate-related firings.

But despite his controversial record as head of Social Security and clashes with the Biden administration, Saul also said the news came as a surprise.

"This was the first I or my deputy knew this was coming," Saul said of his firing. "It was a bolt of lightning no one expected. And right now it's left the agency in complete turmoil."

The White House, for its part, said it has the authority to remove political appointees, citing a recent Supreme Court ruling that held then-President Donald Trump had near unfettered power to fire administration officials, as well as a Justice Department memo released Thursday affirming the move.

Biden named Kilolo Kijakazi, the agency's current deputy commissioner for retirement and disability policy, as acting commissioner to replace Saul until a permanent replacement can be found.

"Since taking office, Commissioner Saul has undermined and politicized Social Security disability benefits, terminated the agency's telework policy that was utilized by up to 25 percent of the agency's workforce, not repaired SSA's relationships with relevant Federal employee unions including in the context of COVID-19 workplace safety planning, reduced due process protections for benefits appeals hearings, and taken other actions that run contrary to the mission of the agency and the President's policy agenda," the White House wrote.

Congressional Republicans responded by claiming the firing itself was politicizing the agency.

"This removal would be an unprecedented and dangerous politicization of the Social Security Administration," Senate Minority Leader Mitch McConnell, R-Ky., tweeted.

But Democrats, including Senate Finance Committee Chairman Ron Wyden, D-Ore., who will be in charge of vetting Saul's replacement, said it was vital for Biden to staff his administration with officials who are dedicated to carrying out his agenda.

"Every president should chose the personnel that will best carry out their vision for the country," Wyden said in a statement.

Saul — who reportedly attended the University of Pennsylvania at the same time as Trump — had long called for cuts to Social Security benefits before being appointed in 2019, and proposed a host of changes as agency head that would have made it harder for recipients to qualify for benefits, block access for non-English speakers and substantially increase the number of medical reviews required to qualify for disability benefits, a proposal President Biden ultimately blocked.

Though the White House likely cannot stop Saul from showing up on Monday, federal personnel experts told the Post that they can cut off his access to the agency's computer network and refuse to issue his paychecks.