Is a hot dog a sandwich? Food pros weigh in 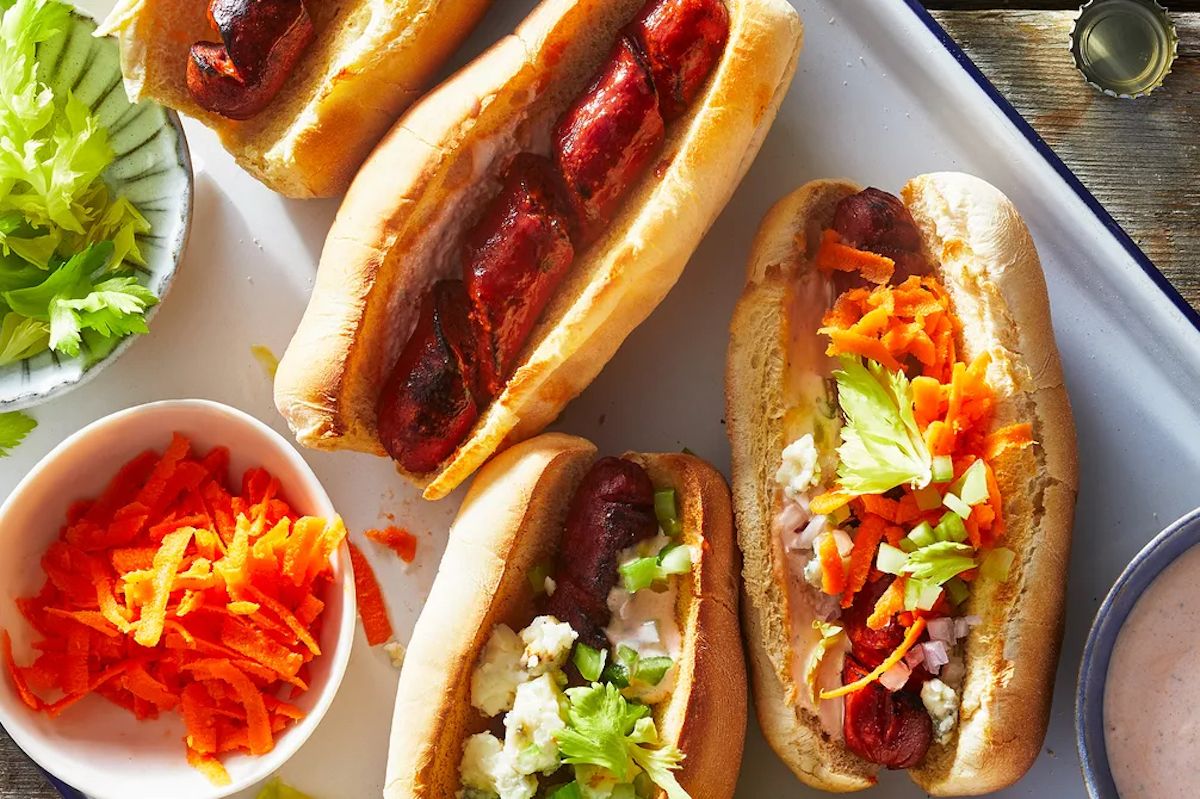 It's the kind of question that can make your blood boil, raise your voice a few octaves higher than you knew possible, and summon strong opinions from even the shyest snacker in your friend group. Ahead of the July 4th weekend and the infamous Nathan's Hot Dog Eating Contest held each year on New York's Coney Island (I'm rooting for you, as always, Joey Chestnut), outdoor furniture retailer RTAOutdoorLiving.com surveyed 1,000 individuals in an attempt to settle the debate with no end. Reader: the results may be disturbing, so proceed at your own risk.

As it turns out, 56.8 percent of those surveyed believe that hot dogs are, in fact, sandwiches. Take a breath, maybe grab a drink of water (or something stronger), and continue on.

Those who voted for a hot dog being a sandwich are not without support. The U.S. Department of Agriculture (USDA) describes a sandwich as "a meat or poultry filling between two slices of bread, a bun, or a biscuit." By that definition, sure, a hot dog is a sandwich.

When I presented the debate results to the Food52 editorial team, our team Slack channel went off. Team members were quick to weigh in with opinions—and the battle lines were drawn. "I feel like there needs to be two separate pieces of bread to qualify," said Food52 Assigning Editor Rebecca Firkser. Others disagreed. Caroline Mullen, Home52's Assistant Editor, thickened the plot by asking: "what about a sausage sandwich?" Some were against the idea of a hot dog being considered a sandwich, but agreed that it is, in fact, a piece of meat stuffed between a piece of bread. "Technically speaking, I suppose a hot dog is a sandwich," said Food52 Columnist Ella Quittner. "But emotionally speaking, it's something else entirely. If I were jonesing for an enormous sandwich and someone gave me a hot dog, I would be furious."

In 2015, The National Hot Dog And Sausage Council (yes this is a real organization and I would love to know how I can become a member immediately) released a statement saying that hot dogs are notsandwiches. "A hot dog is an exclamation of joy, a food, a verb describing one 'showing off,' and even an emoji. It is truly a category unto its own. Limiting the hot dog's significance by saying it's 'just a sandwich' is like calling the Dalai Lama 'just a guy.' Perhaps at one time its importance could be limited by forcing it into a larger sandwich category (no disrespect to Reubens and others), but that time has passed," said NHDSC President and 'Queen of Wien' Janet Riley.

If you need more evidence that a hot dog is not a sandwich, leave it to Joey Chestnut. In 2017, Chestnut, a nine-time champion of the Nathan's Hot Dog Eating Contest, tweeted that hot dogs are not sandwiches. "It's #NationalHotDogDay and as President, I want it to be known that the Hot Dog stands free and independent from the tyranny of the sandwich," Chestnut wrote. This declaration was yet another victory for the man who holds the world record for eating the most hot dogs ever in 10 minutes (a total of 74).

The F52 team is by no means the first to have this debate. I recently RSVP'd to the wedding of two close friends and on their online form, guests were asked to fill out pretty standard information: their names, their choice of entrée, dietary restrictions, and… whether or not they thought that hot dogs were sandwiches. It seems that it's just one of those questions that will never be put to rest. With the 4th of July just around the corner, the debate is only gonna heat up.