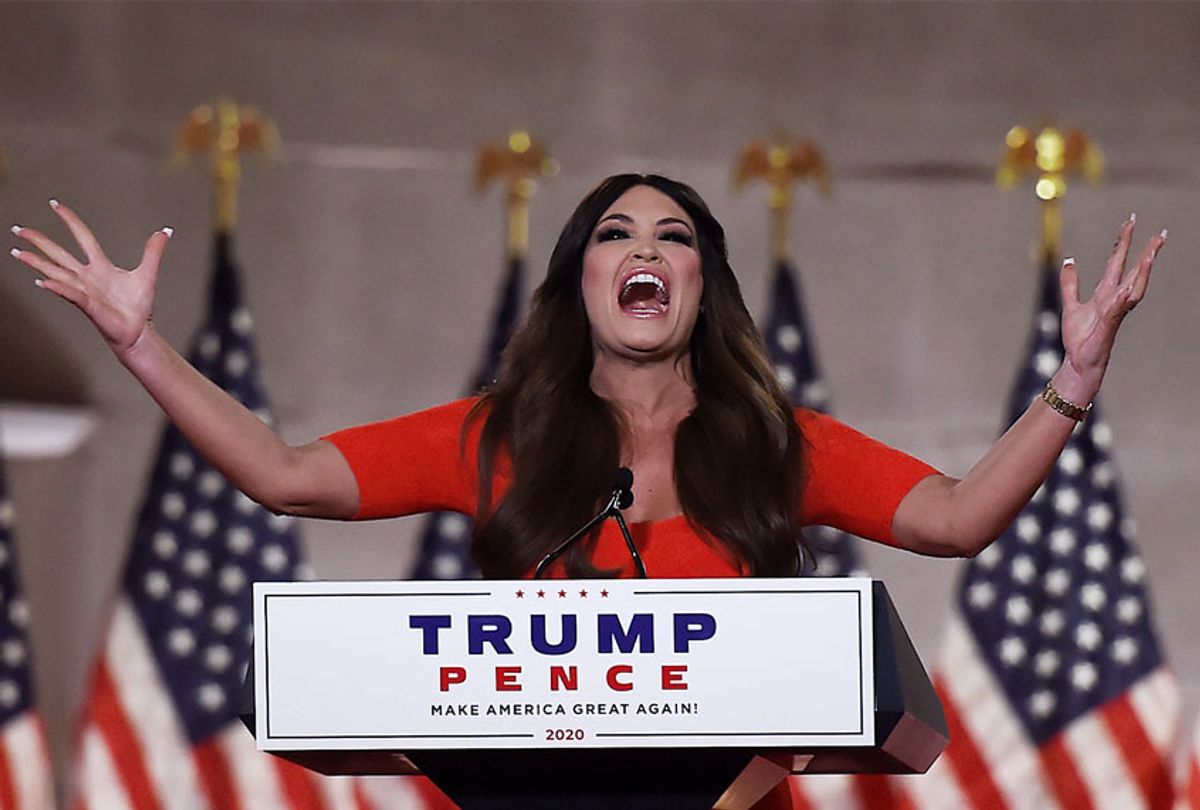 According to a report from Politico's Playbook, Donald Trump is furious with Kimberly Guilfoyle -- the girlfriend of oldest son Don Jr. -- and has reportedly told close aides he finds her "annoying."

Guilfoyle -- the former Fox News personality who was fired over sexual harassment claims -- had raised eyebrows during the 2020 presidential campaign for bragging that she would give lap dances to big money donors. She recently latched on as a campaign aide to controversial Missouri Republican Eric Greitens who is seeking the U.S. Senate seat being vacated by Sen. Roy Blunt (R).

Republicans, in general, are not pleased by Greiten's run since he was forced out as Missouri governor in 2018 over sexual abuse and blackmail allegations involving his then-mistress, and Trump views the former Navy SEAL's run for office as a problem for the Republican Party seeking to reclaim the U.S. Senate.

According to Politico Playbook, Trump takes a dim view of both Greitens and Guilfoyle.

"It's Donald Trump's most frequent complaint: people profiting off his name. The latest offender? His son's girlfriend, MAGA's own Eva Perón, Kimberly Guilfoyle," the report states before adding that aides claim "Trump has been openly griping that Guilfoyle joined Eric Greitens' campaign for Senate in Missouri as national campaign chair, and he's becoming increasingly short with Guilfoyle."

According to one Trump insider, "Trump thinks Greitens is problematic, and that Kim is annoying, " adding, "He [Trump] said, 'Why the f*ck is she working for him?'"

The report goes on to add that Trump -- at the moment -- has no intention of endorsing the scandal-plagued Republican and he views Guilfoyle's employment by him as an opportunity for Greitens to trade on the Trump name without his approval.