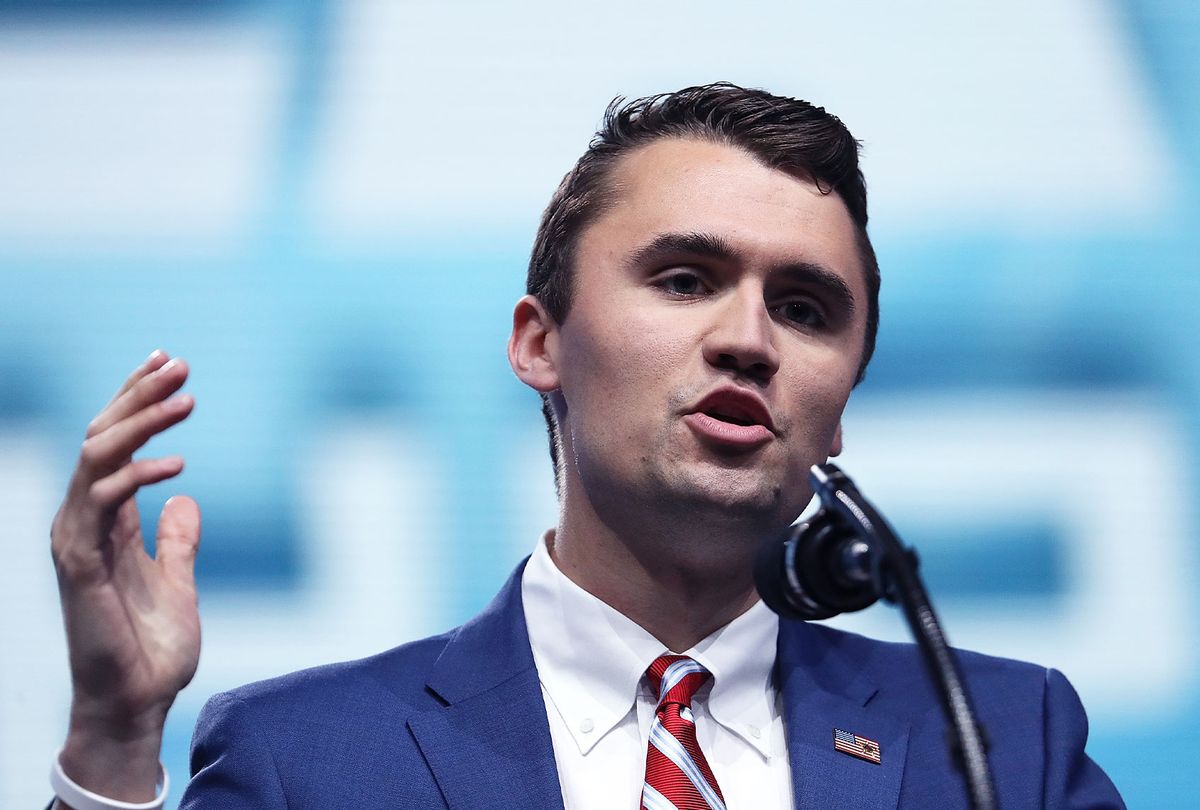 Pro-Trump Republicans often engage in subliminal racism or "dog whistle" attacks — that is, code words that they will insist aren't racist. But when Florida resident Rip McIntosh, an adviser to far-right Trumpista Charlie Kirk's Turning Point USA, sent out a fundraising newsletter on April 29, there was nothing subtle or subliminal about the racism in the newsletter.

In the newsletter, Talking Points Memo's Nick R. Martin reports, someone going by the pen name E.P. Unum wrote that Blacks have "become socially incompatible with other races" and that "American Black culture has evolved into an unfixable and crime-ridden mess." Martin described Unum's rant as being "so racist it might make a ku klux klansman blush."

According to Martin, the newsletter that McIntosh e-mailed, "also said White people aren't racist but 'just exhausted' with Black people. It portrayed post-Civil War America as a 150-year-long 'experiment' to see whether Black people could be 'taken from the jungles of Africa,' enslaved, and then integrated into a majority-White society. It said that experiment had failed."

McIntosh is on Turning Point USA's advisory council. Although McIntosh is 85, Turning Point is a youth outreach organization; its mission is to convert Millennials and members of Generation Z into far-right Republicans.

Martin explains, "The newsletter, which McIntosh says has more than 25,000 subscribers and which he sometimes publishes as often as five times a day, is frequently filled with culture war rants, conspiracy theories, racism, and other types of bigotry, but this e-mail stood out even among that toxic stew. In an interview, McIntosh said neither Turning Point nor its co-founder Charlie Kirk, whom he considers to be a personal friend, has any role in the publication of his newsletter. McIntosh also denied writing the essay, which was published under the fictitious byline 'E.P. Unum.'"

McIntosh told Talking Points Memo and The Informant that E.P. Unum is "a nom de plume of a friend" who "doesn't want his name out there because he's a teacher" and "doesn't want to be canceled."

Unum's racist rant in the newsletter was headlined, "On the Question of Systemic Racism in the United States."

Martin writes, "McIntosh acknowledged that the essay, which it turns out borrowed heavily from an article first published years ago on a prominent racist website, was 'a bit extreme,' but said he had no regrets about publishing it. He also said he believed both Turning Point and Kirk would stand by him.

Unum's rant wasn't the first time someone associated with Turning Point USA has been overtly racist. Martin recalls, "One of the most prominent examples of racism within the organization came in 2017 when Turning Point parted ways with Crystal Clanton, a white woman who was Kirk's second-in-command. The New Yorker's Jane Mayer, as part of a larger article looking at allegations of racial bias and financial issues within the organization, reported that Clanton sent a text message to a colleague that said: "I HATE BLACK PEOPLE. Like fuck them all … I hate blacks. End of story."

Martin adds, "In 2018, HuffPost reported that Shialee Grooman, a White woman who replaced Clanton, had previously used the N-word on social media and bragged, 'I love making racist jokes.' The news site also uncovered other examples of Turning Point employees and volunteers using racist and anti-gay slurs in text messages and on social media."