Rep. Pat Fallon, a Texas freshman, has also failed to disclose 93 trades worth up to $17.53 million this year alone 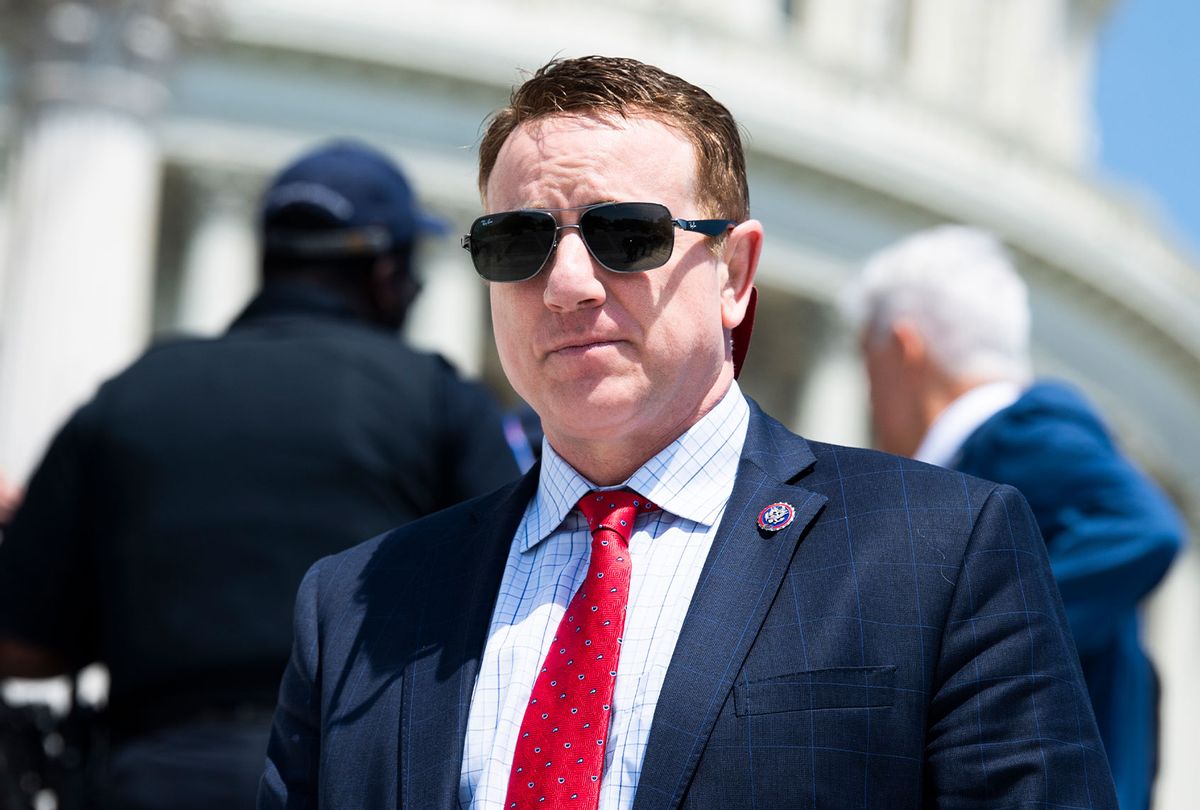 Rep. Pat Fallon, a first-term Republican from Texas, sold a large block of Microsoft stock just two weeks before the Pentagon announced it was scrapping a cloud computing deal with the company valued at up to $10 billion over the next decade, according to financial disclosure reports.

The previously unreported June 21 sale, listed on disclosure forms as between $100,000 and $250,000, was especially notable in light of the freshman congressman's assignment on the House Armed Services Committee's brand new Subcommittee on Cyber, Innovative Technologies, and Information Systems, which has oversight of the deal in question, known as the Joint Enterprise Defense Infrastructure (JEDI) contract. The Pentagon officially announced it was terminating the deal on July 6.

If Fallon had any prior knowledge of the state of the contract through his subcommittee assignment, the well-timed sale could be evidence of criminal insider trading, according to Richard Painter, a University of Minnesota law professor and former White House ethics attorney under George W. Bush. Such charges are difficult to prove, however, because members of Congress may withhold evidence by invoking the Constitution's Speech or Debate Clause, which offers legislators special protections from investigation by the executive branch.

The investments nonetheless raise concerns over the ethical problems that members of Congress create when they trade individual stocks within an industry their actions have the potential to influence.

"Even if it is technically legal, it's so very clearly unethical," Painter said. "It sounds like there's enough evidence to open an insider trading investigation, at the very least."

Fallon told Salon via an audio recording that he had no prior knowledge of any developments concerning the JEDI deal, calling any assertion to the contrary "provably false."

"Congressman Fallon had absolutely no prior knowledge the Pentagon intended to cancel the JEDI contract," said Luke Ball, a spokesperson for Rep. Fallon. "Any accusation that Congressman Fallon acted inappropriately with his routine stock transactions is wildly speculative and has no foundation in truth. We challenge anyone to bring one shred of actual evidence to back up this ridiculous accusation."

In the audio recording, Fallon backed this up by outlining the trade as an option call in which he purchased a block of $250,000 in Microsoft shares on May 26, and subsequently sold the rights to other investors to purchase at a later date. Those other investors chose to purchase the shares on June 21, according to disclosure reports, effectively liquidating Fallon's position in the company just two weeks before the high-profile JEDI contract fell through.

Because of the mechanism of the trade, Fallon appears to be arguing, he was forced to sell — still netting a healthy profit — and because he did not initiate the sale, the trade could not constitute insider trading.

"That's BS — let the SEC investigate that," Painter said in response to the argument. "He's probably technically right that he didn't make the decision to sell on that day, but as a member of Congress you still have a conflict of interest from the day you buy a stock until the day you sell it, options aside."

Fallon's prolific stock trading is already a source of intense controversy, after he failed to properly disclose at least 93 trades worth between $7.8 million and $17.53 million this year alone, according to an analysis by Insider last month. The companies included Amazon, Apple, American Airlines, Chevron, Facebook, FedEx, Microsoft, PayPal, UnitedHealth Group, Verizon Communications and Walt Disney.

Members of Congress are only required to report the value of their trades in broad ranges, so it is impossible to measure the exact value of a purchase or sale.

Of particular concern were Fallon's investments in Boeing, the aerospace and defense contracting giant. He bought between $300,000 and $750,000 worth of the company's stock between January and April (and sold between $219,000 and $610,000 worth over the same period, according to Insider). As a member of the House Armed Services Committee, it is Fallon's job to conduct oversight of the lucrative contracts handed out to contractors like Boeing.

Ball told Insider at the time that Fallon, as a freshman legislator, was unfamiliar with Congress' reporting requirements — though he also acknowledged that both Fallon and his staff had completed the required congressional ethics training courses.

"As a freshman member, Congressman Fallon was unfamiliar with how frequently members of Congress are required to file financial disclosures, having served in other public offices where the requirements are different," Ball told Insider. "Upon learning of the requirement, he immediately filed a disclosure with the appropriate entities. That disclosure is available for the public to review. Congressman Fallon looks forward to remaining in compliance with future filings."

Rep. Fallon is not the only member of Congress to run afoul of disclosure requirements recently — Rep. Tom Malinowski, D-N.J., was questioned earlier this year by the Office on Congressional Ethics about his stock market activity during the pandemic, and acknowledged through his office that he had failed to properly disclose dozens of trades.

Sen. Richard Burr of North Carolina and former Sens. David Perdue and Kelly Loeffler of Georgia, all Republicans, drew scrutiny for their own pandemic trading last year as well.

Prior to his election last November, Rep. Fallon made millions through a patriotic-themed apparel business and subsequently served in the Texas State Senate. He is also a former Notre Dame football player.

During the Jan. 6 insurrection, he was pictured barricading the doors to the House chamber against angry rioters seeking to stop the certification of President Joe Biden's electoral victory, even reporting what he thought were gunshots zipping through a nearby window.

"You cannot ever bow to the mob. You never bow to bullies," he told WFAA-TV in Dallas from an undisclosed location that day, citing safety concerns. "The people who came in there today were bullies and cowards."

Later that night, he joined 138 of his House Republican colleagues in voting to reject 2020 electoral votes in several states.