School boards' unscientific response to COVID-19 is nothing new

School boards have bungled decisions on the coronavirus, lead in water, and more. There’s a better way 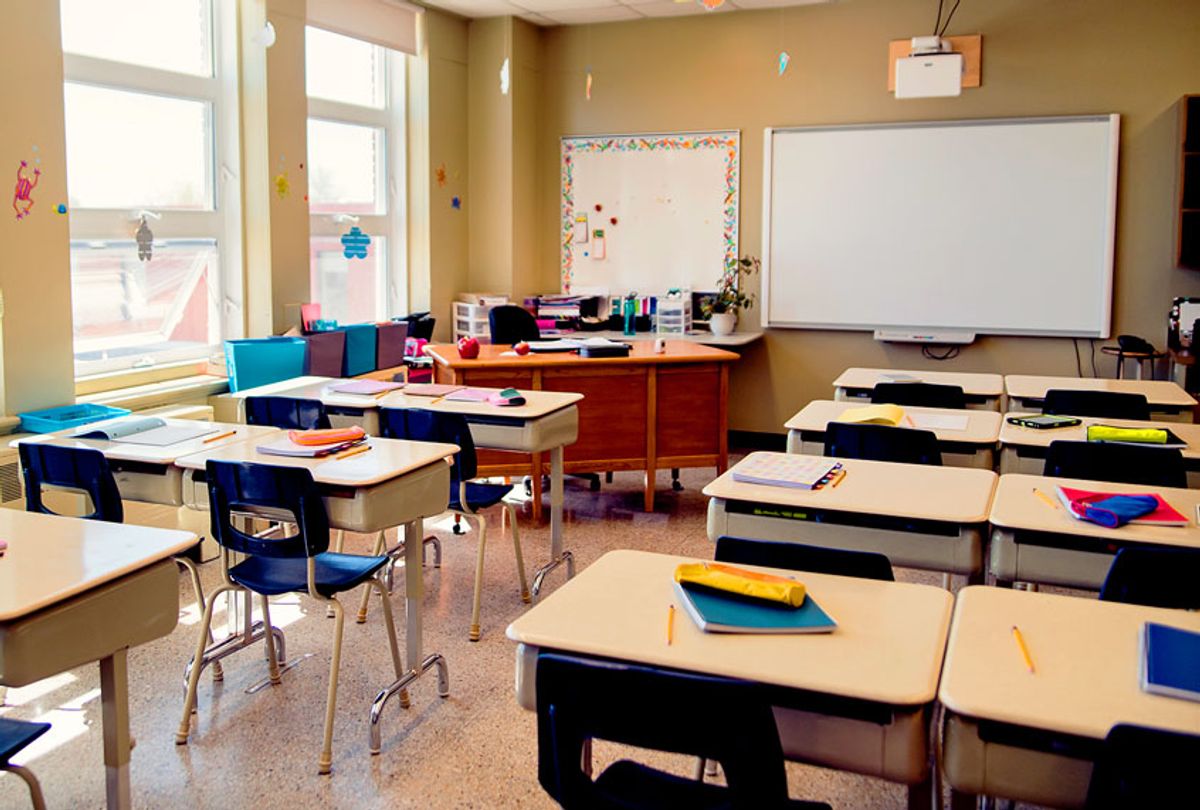 In March of 2020, as the pandemic ramped up, schools closed across the United States. Students switched to virtual learning and the medical community began its crash course on a new virus. The following summer, Covid-19 rates stabilized or decreased in parts of the country, and some people expected a form of in-person school to resume in the fall. But many school boards weren't so sure, with some adamantly against the idea.

As a pediatrician who worked at a hospital since the pandemic began, I could see a path for children to return to school. In employee meetings, we were told the outbreaks at my hospital mainly happened with prolonged unmasked contact, for example, when adults took their masks off to eat in breakrooms. The evolving science suggested if children remained masked and followed other mitigation measures, while also taking into account community transmission rates, the spread of Covid-19 in schools could be minimal.

But my local school district, Ann Arbor Public Schools (AAPS), with guidance from our school board, only offered a virtual option for the fall of 2020. Although the board consulted the county health department, they still set rather unachievable Covid-19 metrics for re-opening in-person school — benchmarks like fewer than 9 new cases per 100,000 people over 14 days. In contrast, last summer, the Harvard Global Health Institute said elementary and middle schools could return to in-person school if community transmission rates were under 25 daily new cases per 100,000.

It wasn't clear why the board didn't prioritize reopening elementary and middle schools earlier, and instead went with HGHI's more conservative metrics for reopening high schools. We never met the metrics before they decided to partially reopen anyway. Instead, other factors influenced the later decision to return, including significant community and local government pressure for in-person school and, most notably, vaccine availability for teachers and staff. While pre-kindergarteners, kindergarteners, and small groups of students with special needs came back to school for hybrid learning at the end of March 2021, the older children didn't return until May 2021.

The reaction to Covid-19 in Ann Arbor isn't the first time the school board has ignored scientific advice while making key policy decisions that affect students' health and wellbeing. And other school boards across the country have had similar issues over the years. Although school boards do need to accommodate for other matters — from logistical to financial to cultural — they are mainly tasked with putting children's needs first. As a consequence they should be required to seek out and act on expert scientific advice in order to make informed decisions.

I first began to question how school boards function at an AAPS Board of Education meeting in the fall of 2018. On the agenda: lead contamination of the drinking water. Ann Arbor's water system does not contain lead pipes, but until 1986, its copper pipes were joined with lead-based solder, and there was lingering concern that the lead was leaching into the school district's water. I was not asked to speak at the meeting, but volunteered out of concern for the direction the board was taking in managing the problem; the remediation plan wasn't in line with guidance from the American Academy of Pediatrics or the Michigan Department of Environmental Quality, which advised interventions at lower lead levels than what AAPS called for. Additionally, at the time, AAPS wasn't testing all water sources used for drinking and cooking, going against guidelines from the Environmental Protection Agency. This was four years after the start of the Flint water crisis, a mere 55 miles away.

As I stood reading aloud the guidance on prevention of childhood lead toxicity from the American Academy of Pediatrics to the Board of Education and Superintendent, I wondered: Why should I need to be there reading a policy statement that wasn't new, was freely available to the public, and was widely accepted by the scientific and medical community? Shouldn't the board seek out this sort of information on its own?

But instead of forming a committee with topic experts and stakeholders from the beginning, the AAPS board of education mostly seemed to rely on guidance from the public. And the only way to get the board to pay attention to the scientific evidence on safe drinking water was to put more scientists into the public conversation. A colleague and friend of mine — a medical anthropologist at the University of Michigan and fellow AAPS parent — reached out to board members and spoke at board meetings. We also co-authored a petition urging AAPS to follow the scientific recommendations on lead, which garnered more than 1,000 signatures. Ultimately, AAPS responded, working with community members and local experts to complete testing and install lead filters.

Comparable stories about lead exposure are found throughout the country, but with many districts not faring as well. And Covid-19 and lead aren't the only health issue all school boards have had to wrestle with. For instance, many boards are trying to address pediatric medical concerns such as healthy sleep practices and obesity. Both of these topics have required experts to weigh in and strongly advocate for change. The American Academy of Pediatrics recommends that middle and high schools start the day at 8:30 a.m. or later to give students the opportunity to get the correct amount of sleep, but for the majority of American adolescents, school still starts earlier. (Rather than relying on science, this deviation is likely related to the potential conflicts with starting school late: transportation concerns, less time after school for sports and jobs, and a delay in parents getting to work in the morning.) In terms of childhood obesity, school boards have needed federal involvement in the form of programs, policies, and laws to assist them in providing a healthier environment for children.

It should not come as a surprise that not all school boards are equipped to handle, at least on their own, a crisis such as organizing in-person school during a pandemic or other medically-focused issues. School boards are typically made up of publically-elected officials with varied occupational backgrounds. Most board member campaigns are focused on local school issues, with an emphasis on support from the local teacher's union. It is, in fact, the union that often decides an election. While teachers should certainly have a voice in school matters, including those decided by the board, their influence in elections may bias board members to vote in favor of teachers' preferences instead of students' needs. And a board member's background and teacher's union support doesn't always translate into knowledge of how to perform the job successfully. Given the various number of topics and critical decisions a board member will participate in, it is difficult to understand why there aren't more widely accepted procedures for situations where topic experts are needed.

It doesn't have to be this way. In North Carolina in the summer of 2020, while school districts were trying to sort out how to respond to the ongoing pandemic, a Board of Education member contacted a parent named Danny Benjamin. Benjamin is a pediatric infectious disease physician and epidemiologist at Duke University, but he was known to the school board through his community service as head coach for the middle school baseball team. The conversation led to a science-based collaboration between the medical and public school systems: the ABC Science Collaborative.