Some of the arrested former Colombian soldiers "participated in past U.S. military training and education programs" 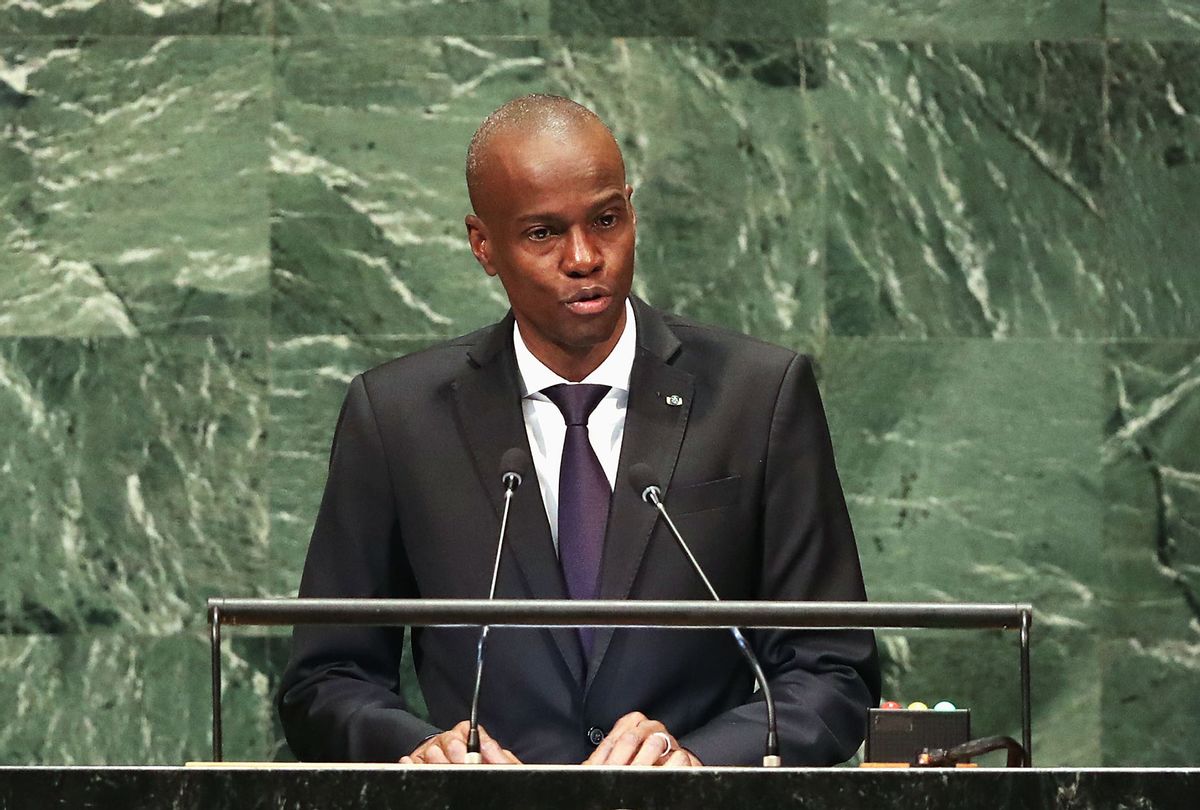 Some of the former Colombian soldiers arrested following the assassination of Haitian President Jovenel Moïse received training from the U.S. military, a Pentagon spokesman told The Washington Post Thursday.

Police in Port-au-Prince arrested two Haitian-Americans and at least 17 Colombian nationals after gunmen who falsely announced themselves as members of the U.S. Drug Enforcement Agency stormed the president's home last week, reports said, killing him and injuring his wife.

Colombian officials said that most of the men had previously served in the country's military, including two who were killed by Haitian authorities.

The Pentagon on Wednesday acknowledged that some of the former Colombian soldiers also received training from the U.S. military, though it's unclear how many.

"A review of our training databases indicates that a small number of the Colombian individuals detained as part of this investigation had participated in past U.S. military training and education programs, while serving as active members of the Colombian Military Forces," Defense Department spokesman Lt. Col. Ken Hoffman told the Post.

The U.S. military frequently provides training to troops in Latin America, and intelligence agencies have partnered with Colombian forces on covert operations in the country. The U.S. has also provided billions to Colombia to combat drug trafficking and rebel groups. Lawmakers earlier this year called for the U.S. to stop providing weapons to Colombian security forces after they were used to kill protesters in demonstrations during the pandemic.

Many former Colombian soldiers trained by the U.S. have been hired to fight in overseas wars, including in Middle Eastern countries like Yemen.

"The recruitment of Colombian soldiers to go to other parts of the world as mercenaries is an issue that has existed for a long time, because there is no law that prohibits it," Gen. Luis Fernando Navarro, the top commander of Colombia's military forces, told reporters after the assassination. "There are a significant number of Colombian soldiers in Dubai, for example."

Hoffman told the Post that the U.S. military training is intended to promote "respect for human rights, compliance with the rule of law and militaries subordinate to democratically elected civilian leadership."

But Sen. Patrick Leahy, D-Vt., who authored a law requiring U.S. military assistance to be withheld from security forces that have committed human rights abuses, said the revelation shows that foreign military training can have unintended consequences.

"This illustrates that while we want our training of foreign armies to build professionalism and respect for human rights, the training is only as good as the institution itself," he told the Post. "The Colombian army, which we have supported for 20 years, has a long history of targeting civilians, violating the laws of war and not being accountable. There has been a cultural problem within that institution."

The DEA also previously said that one of the Haitian-Americans arrested in the plot was a former agency informant, while stressing that the DEA was not involved in the attack. One of the men also reportedly worked briefly for a company that provided security for the Canadian Embassy in Haiti. That same suspect launched a nonprofit in Florida ostensibly focused on humanitarian efforts in Haiti. Colombian police also identified 19 plane tickets used by some of the Colombians allegedly involved in the plot that were bought with a credit card registered in Miami.

Haitian authorities have since arrested Christian Emmanuel Sanon, an American doctor and pastor who frequently traveled between Florida and Haiti. Officials allege that Sanon played a role in hiring the assassins in a bid to replace Moïse as president.

The FBI, the Department of Homeland Security, and the Colombian government are assisting the investigation in Haiti, where the attack has triggered unrest in a country already reeling from years of instability.

"I dispatched a high-level expert delegation to assess the situation and to determine where the United States can offer our support," President Joe Biden said Monday, adding that "the people of Haiti deserve peace and security, and Haiti's political leaders need to come together for the good of their country."