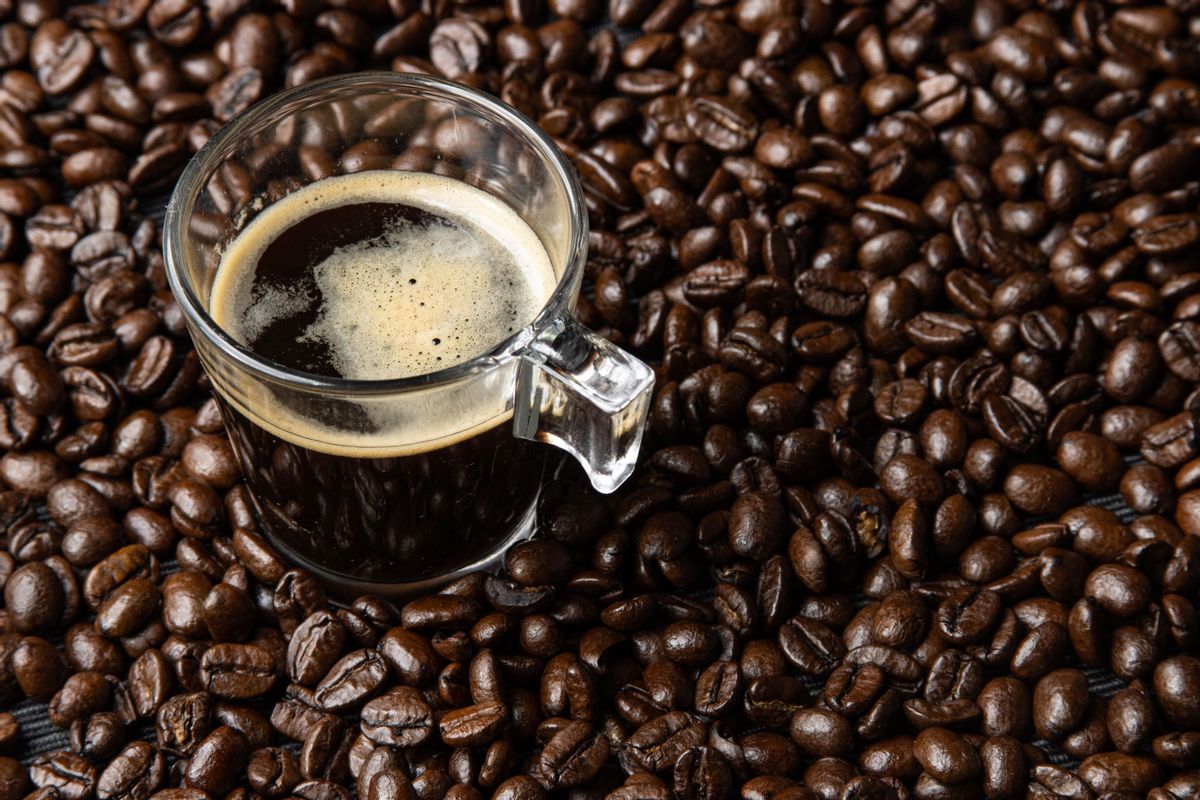 Right-wingers are souring on a coffee company that had marketed itself as MAGA in a mug, following an interview several of the company's founders did with the New York Times Wednesday.

Black Rifle Coffee, a veteran-founded firm that became a darling of the conservative right with self-conscious pro-firearm, pro-military and pro-police branding — as well as an "anti-hipster" message — produces blends like "Silencer Smooth roast" and "AK-47 espresso," earning plaudits over the years from all manner of far-right characters.

But during the past year, their logo has been pictured on insurrectionists who invaded the U.S. Capitol building, worn by Kyle Rittenhouse, the Illinois teenager who killed two Black Lives Matter protesters in Wisconsin last summer, and as a recurring theme at nearly every anti-lockdown, anti-mask and anti-vaccine protest during the pandemic.

In the New York Times piece, titled "Can the Black Rifle Coffee Company Become the Starbucks of the Right?" the founders of the company attempted to distance themselves from the extremists who have in recent years co-opted the company's logo and message, and worn it in all manner of situations that they found concerning.

"How do you build a cool, kind of irreverent, pro-Second Amendment, pro-America brand in the MAGA era without doubling down on the MAGA movement and also not being called a [expletive] RINO by the MAGA guys?" Evan Hafer, one of Black Rifle's founders, asked the Times.

"I would never want my brand to be represented in that way, shape or form," Hafer added, "because that's not me."

In particular, Hafer used the interview to denounce the Proud Boys and other violent white nationalist groups that he says "hijacked" the brand's imagery.

"The racism [expletive] really pisses me off," Hafer said. "I hate racist, Proud Boy-ish people. Like, I'll pay them to leave my customer base. I would gladly chop all of those people out of my [expletive] customer database and pay them to get the [expletive] out."

This did not earn many fans among the far-right pundits who had reliably hawked the company's products over the years.

"How to destroy your company in one easy step: give an interview to the New York Times trashing your customers," Raheem Kassam, editor in chief at the right-wing outlet, The National Pulse, wrote on Twitter.

"It looks like Black Rifle Coffee, a company which became famous because of conservatives, is now trying to distance themselves from conservatives," Brigitte Gabriel, founder of the influential conservative group ACT for America, tweeted. "I never tried their products before and it looks like I never will."

Mike Cernovich, the conspiracist who championed the widely debunked pizzagate theory, said the company was "taking a knee" by agreeing to the interview. Specifically, he highlighted a passage about how the company passed over a new logo that featured St. Michael the archangel— a patron saint of military personnel that the Pentagon also considers a white supremacist symbol.

This was a theme among conservatives denouncing the company, many of whom think that Black Rifle's spurning of the Christian iconography amounted to "wokeness" or "political correctness."

The searching New York Times piece also introduced a new dilemma for right-wingers who found themselves at a crossroads: what coffee company would promote their worldview unflinchingly, implications be damned? Many took to the comments thread on these widely shared posts to promote coffee brands they saw as more sympathetic to their cause.

And Stocking Mill Coffee, which forces you to select "no" to the question "Are you for common sense gun laws?" to enter its website, spent much of Saturday hyping its brews to conservatives with statements like, "We're not just pro-2A, we're pro-Saint Michael." The company also added the coupon code "repugnant" to their website, an apparent dig at Black Rifle.