After Robert E. Lee comparison, first Capitol rioter convicted of a felony gets 8 months in prison 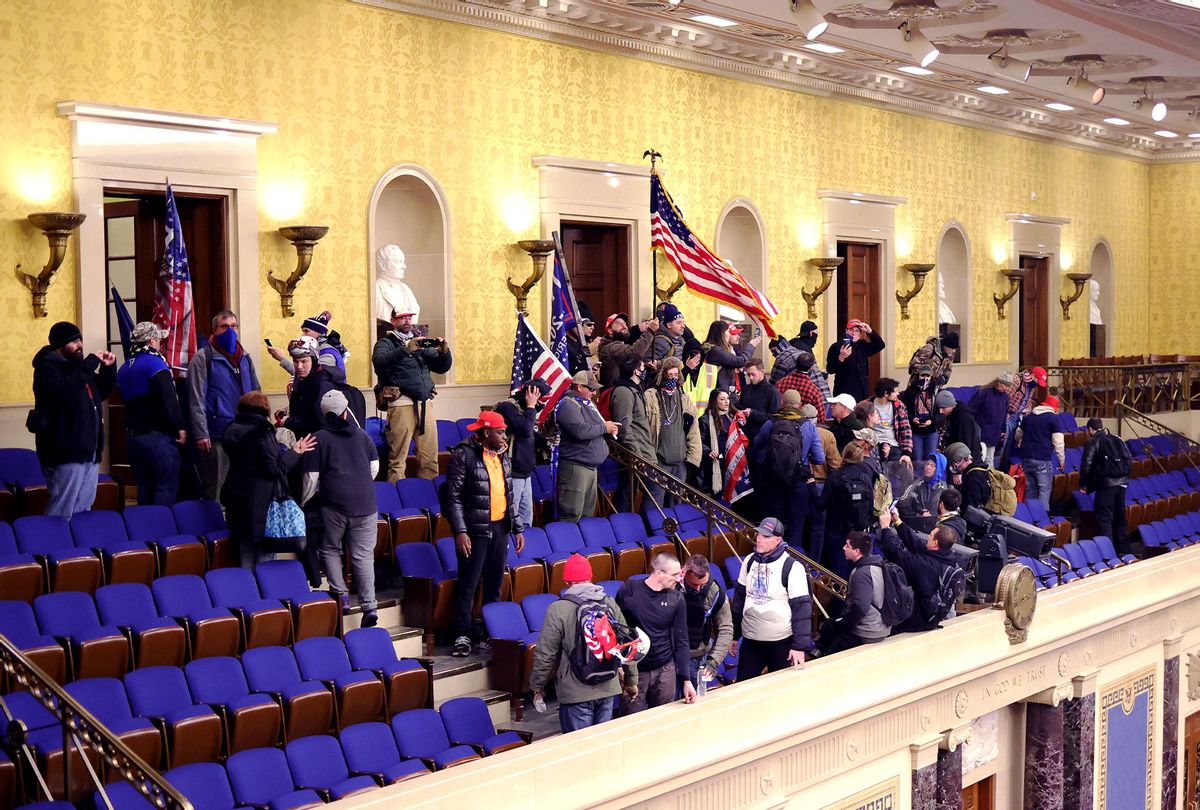 A Florida man who waved a "Trump 2020" flag on the Senate floor was convicted on Monday for participating in the Capitol riot, with a district judge assigning him an 8-month prison sentence.

Last month, Paul Hodgkins, a 38-year-old crane operator, pled guilty to obstructing an official proceeding, admitting that he breached the Senate chamber with the explicit intent of blocking President Joe Biden's election certification. Hodgkins, the first person to be charged in connection with the riot, spent a total of fifteen uninterrupted minutes inside the chamber, donning Trump paraphernalia and taking a selfie with his fellow rioters.

His sentence is less severe than the 1.5 years originally requested by the Department of Justice, an amount that the agency felt would adequately deter potential insurrectionists down the road, CNN noted. Though Special Assistant U.S. Attorney Mona Sedky appreciated that Hodgkins made "significant steps" toward rehabilitation, she maintained that "the need to deter others is especially strong in cases involving domestic terrorism, which the breach of the Capitol certainly was."

Prosecutors did not convict Hodgkins with the "crime of terrorism," instead likening his behavior to that of a domestic terrorist by pointing out exhibits of his "intimidation or coercion" during the insurrection.

Hodgkins' lawyer, Patrick LeDuc, who requested that the court sentence Hodgkins to home detention, disputed the notion that the Capitol riot amounted to anything resembling domestic terrorism. "That was a bridge too far for me," LeDuc said.

The lawyer specifically contrasted the prosecution's apparently severe treatment of his client to the leniency Union general Ulysses S. Grant practiced in his punishment of Confederate general Robert E. Lee at the end of the Civil War. At the Appomattox Court House in 1865, Grant and Lee brokered a deal in which Lee would surrender his troops in exchange for pardons, Union rations, and assurance that Confederate men would be able to keep their private property.

"Today, the country is as divided as it was in the 1850s. But today, this Court has a chance to make a difference," LeDuc wrote in court documents. "We have the chance to be as Lincoln had hoped, to exercise grace and charity, and to restore healing for those who seek forgiveness."

He argued that, in the U.S., "we don't sentence people collectively. We sentence people individually," adding that America "left that behind" during Japanese-American internment.

During a break, Hodgkins' mother reportedly told Leduc: "You talk too much."

So far, twenty rioters have entered into guilty pleas and two have already been sentenced for misdemeanors, according to CBS News. Of those convicted, one was assigned 6 months probation with no jail time, while the other was given six months in prison. Prosecutors have said Leduc's sentence will serve as a benchmark for convictions to come.