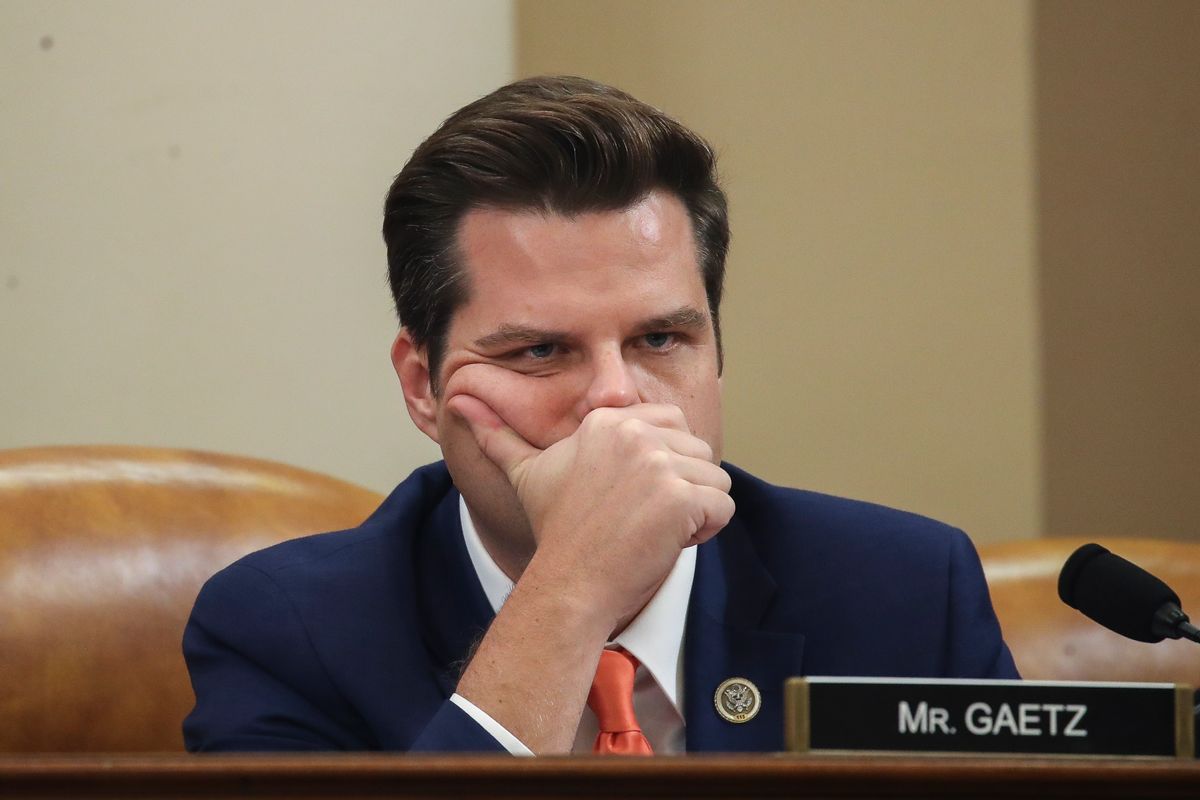 Rep. Matt Gaetz (R-FL) was tricked into posing with a man who pointed out that he has been accused of being a pedophile.

The incident was said to have occurred on a California beach, while Gaetz was in the state with Rep. Marjorie Taylor Greene (R-GA) over the weekend. Video of the confrontation was shared on Twitter by MeidasTouch.com.

At that point, a man who appeared to be a security guard forced the man to move away from Gaetz and Greene.