How worried should we be about the delta variant? Scientists weigh in 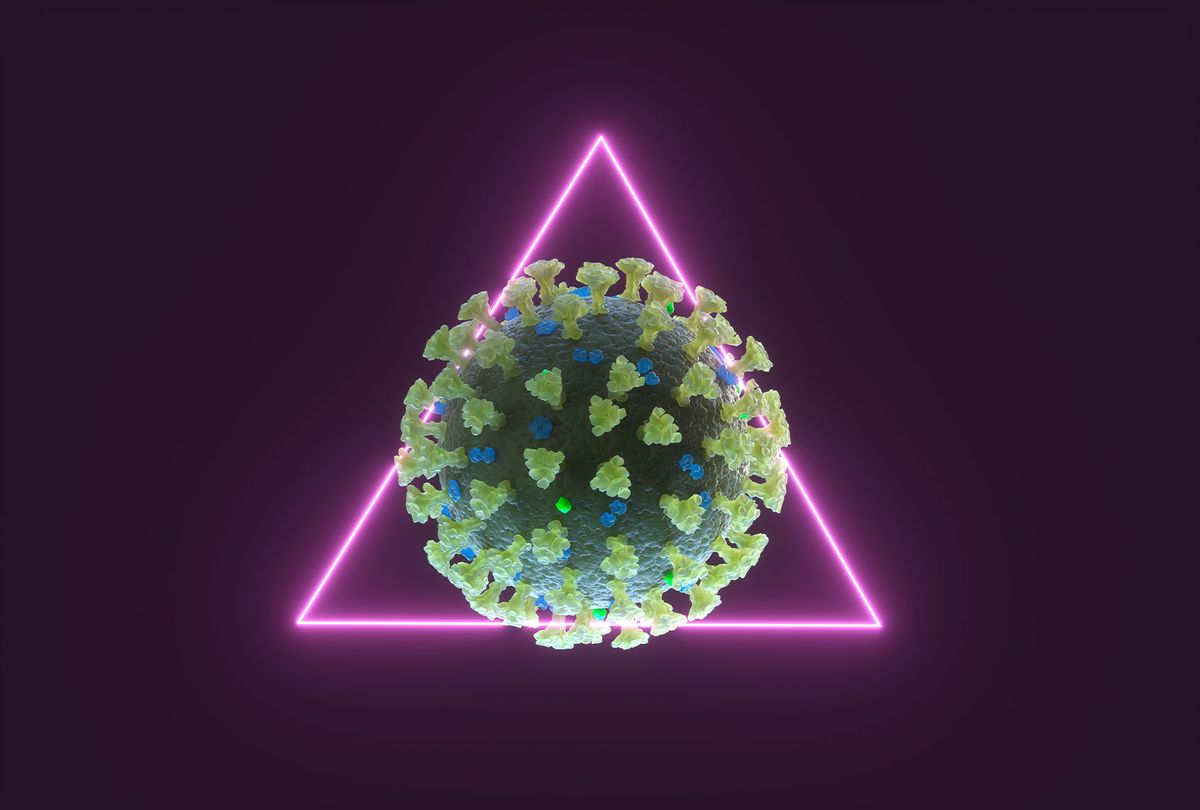 On Tuesday, the Centers for Disease Control and Prevention announced sobering news: COVID-19 fatalities have increased by nearly 48 percent over the past week, to an average of 239 deaths per day.

While that number is still much lower from the 5,000 COVID-19 deaths in one day the U.S. experienced at the height of the pandemic, health officials suspect the rise is linked to the surge in cases dominated by what is known as the delta variant, a nascent mutation of the SARS-CoV-2 virus that causes COVID-19. In the same briefing, CDC Director Dr. Rochelle Walensky said the variant first identified in India now makes up an estimated 83 percent of all COVID-19 cases.

"This is a dramatic increase from — up from 50% for the week of July 3rd," Walensky said in a hearing before the Senate Health Committee. "In some parts of the country, the percentage is even higher, particularly in areas of low vaccination rates."

This news follows a restored mask mandate in Los Angeles county, which became the first major county in the U.S. to require masks for all people indoors in public spaces after lifting the mandate a little over a month ago. Subsequently, officials in the San Francisco Bay Area urged people to wear a mask indoors regardless of vaccination status.

Yesterday, on July 19, the Dow Jones Industrial Average saw its biggest single-day drop of the year over fears that the delta strain could trigger a new lockdown. Are investors right that the U.S. is on the precipice of a fourth wave of the pandemic, and that restrictions and lockdowns could be reinstated as the delta strain takes hold?

"If you're in a place where a lot of your high-risk population is fully vaccinated, you're going to see cases of the delta variant, invariably, but they're not going to translate into hospitals worrying about their capacity," said Amesh Adalja, a senior scholar at the Johns Hopkins Center for Health Security. "So you're going to see most of the United States be able to handle it that way, but they're going to be regions like, Missouri, Alabama, Mississippi, where there may be certain parts of the state where there are enough high-risk individuals who are not fully vaccinated where you may see regional stress on hospitals in those areas."

Health experts like Adalja unanimously tell Salon that the delta variant poses a clear threat to unvaccinated adults, especially those who are considered to be high-risk for COVID-19, and communities with more unvaccinated people than vaccinated people. The good news is that unlike previous surges, vaccines are readily available. A recent study from Scotland showed that 14 days after receiving the second dose of the Pfizer-BioNTech vaccine, the vaccine was at least 79 percent effective in protecting against the delta variant. While that isn't as high as the initial 95 percent effectiveness against the original strain, health experts are satisfied with how the vaccines stack up against the variant.  A study from Canada suggested that the Moderna vaccine was 72 percent effective against the delta variant after one dose. There is little data on the efficacy of how the Johnson & Johnson single-shot vaccine protects against the delta variant, but a new study posted on Tuesday states it is less effective; that study is at odds with the results from a separate study published by Johnson & Johnson earlier this month stating their vaccine holds up well against the new mutation.

Specifically what makes the delta variant a "variant of concern" among unvaccinated individuals is how its mutations are more dangerous than other variants. The virus is believed to be far more contagious and transmissible due to how it generates more copies of itself in the respiratory tract.

Indeed, the delta variant "has different mutations and has now been linked to 1,000-fold more copies of the virus in people who are infected compared to the early strains, so it's a much more contagious version of the virus; that's the main issue," said Eric Topol, a professor of molecular medicine at Scripps Research Institute. "It also has an ability to some extent to evade the immune response developed against COVID, naturally, or even with vaccines, to some extent."

But is the variant more deadly? Experts still don't have an answer to that question.

"That's not entirely clear, because there's lots of confounding factors like the vaccines," Topol said. "The fact that when something is so much more transmissible and there are more deaths and hospitalizations, you don't know whether it's because it's spreading more or because it's the virus, per se."

Topol emphasized that unvaccinated adults who never had COVID-19 to provide them with some immunity should be concerned about the delta variant spreading across the country.

"It's very likely, more likely than ever before, that they're going to get it," Topol said. "So getting vaccinated is really imperative; if you're vaccinated, the risk of getting delta is markedly diminished and if you do get it, it's likely to either be without symptoms or it can be mild symptoms."

Breakthrough cases, meaning infections among vaccinated people, are occurring — but not at a high enough rate to be a cause for concern, experts say. According to the CDC, there are reports of 5,492 patients with COVID-19 vaccine breakthrough infections that led to hospitalizations; 1,063 of those cases died. That is a small percent of the more than 159 million people in the United States who have been fully vaccinated. While the CDC is still working on collecting data and identifying patterns of breakthrough cases, a small study from Israel found that 94 percent of 152 breakthrough infections causing hospitalizations were in patients with some sort of underlying condition.

Still, doctors like Monica Gandhi, an infectious disease doctor and professor of medicine at the University of California–San Francisco, are much more worried about unvaccinated adults than vaccinated ones.

Gandhi said that she had co-authored an analysis in the Wall Street Journal that found that the delta virus does not, at the moment, appear to be more virulent than earlier variants.

"I can't say that I'm as worried as the headlines are saying we should be worried," Gandhi said. "It's really the unvaccinated I'm worried about."